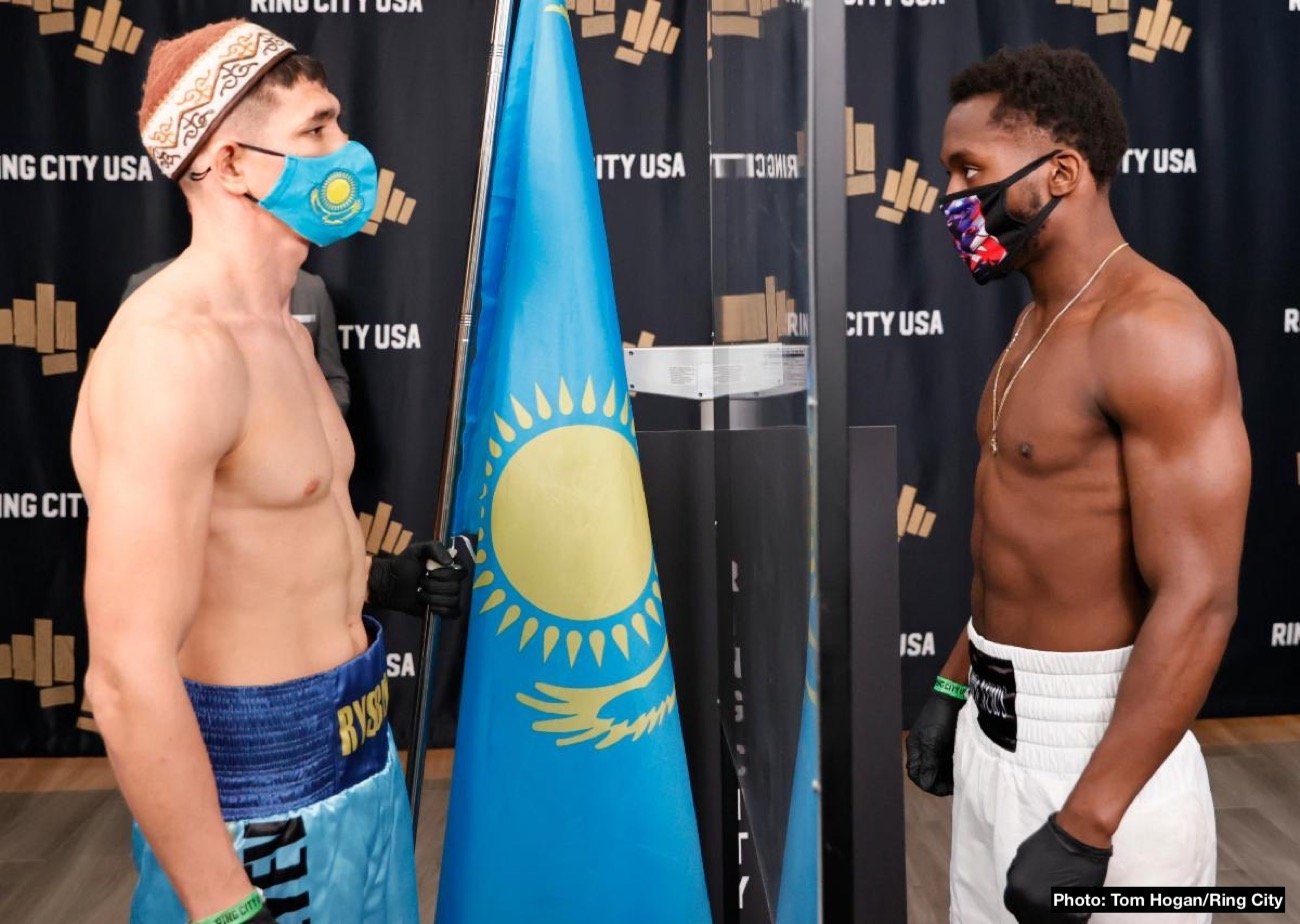 Two highly regarded and undefeated fghters under the Split-T Management banner will be in action TONIGHT as part of the 3rd installment of the Ring City USA series on NBC Sports Network (9 PM ET).

The bouts will take place outside of the Wild Card Boxing Club in Los Angeles, California.

Before that, in a bout that can be seen live on Twitch streaming app (7:30 PM ET), undefeated heavyweight Stephan Shaw battles Lyubomyr Pinchuk in a heavyweight bout scheduled for eight-rounds.

Conwell of Cleveland, Ohio, is 13-0 with 10 knockouts. The 23 year-old has risen up the prospect ratings and won the USBA Junior Middleweight title with a 10-round unanimous decision over Courtney Pennington. He has made two defenses, with the latest being a 9th round stoppage over Wendy Toussaint on October 7th.

“You will see tomorrow night what I can bring. I’m not overlooking Ashkeyev, I’m looking to prove ourselves [my team]. Tomorrow will be a great show. We all want the belts!” said Conwell at Wednesday’s weigh-in

Ashkeyev of Oxnard, California by way of Kazakhstan is 14-0 with seven knockouts and has wins over three undefeated opponents as well as contenders Shawn Cameron (10-2), Jose Antonio Abreu (13-3), Cecil McCalla (21-3) and his last bout when he stopped Rodolfo Ezquiel Martinez in five rounds on November 9, 2019.

Both Conwell and Ashkeyev weighed 154 lbs. at Wednesday’s weigh-in.

“This will be my first fight in 378 days. I’m itching to get in the ring. It’s been a while, but we are here now. Training with top fighters like [Andy] Ruiz and [Deontay] Wilder helped me feel what it is like to be a Champion and be a Champion myself – doing my own thing. If a knockout presents itself, I’m will definitely take it,” said Shaw.

Pinchuk of Pittsburgh via Ukraine is 12-1-1 with seven knockouts.

Pinchuk has racked up wins over three undefeated fighters which includes winning a decision over Johnnie Langston (9-0). In his last bout, Pinchuk defeated the always-tough Garrett Wilson on November 2, 2019 in Canonsburg, PA.

This is Ring City USA’s third event of the series, broadcast on NBC Network. The series debuted on November 19 and the second event took place on December 3, each broadcast live from Hall of Fame trainer Freddie Roach’s Wild Card Boxing Gym in Los Angeles.

“We are excited about the quality of the fights Ring City is delivering to fight fans,” said Head of Boxing Evan Rutkowski. “As a developmental platform, our mission is to put together the most competitive matches that challenge our fighters and entertain viewers.”

Ashkeyev, who fights out of boxing hotbed Oxnard by way of his native Kazakhstan, returns to face Conwell a year after his last fight in which he stopped Rodolfo Martinez at the end of the fifth round. Ashkeyev was an excellent amateur who participated in the World Series of Boxing. The undefeated Ashkeyev is promoted by Main Events and managed by Egis Klimas.

“I am very happy to have the chance to fight on NBCSN,” Ashkayev said. “I will be ready to make a big statement in my first televised main event in the United States and have waited a long time to show everyone what I can do.”

Cleveland native Conwell, who competed in the men’s 2016 Summer Olympics middleweight event as an amateur, returned to the ring for the first time this year in February when he scored a fifth-round stoppage against Ramses Agaton. Known for his decisive punching power, Conwell recently capped off an impressive performance in the Oct. 7 main event of ShoBox: The New Generation with an eruptive knockout of Wendy Toussaint. A swift uppercut in the ninth round ended the contest and broke Toussaint’s nose in a fight that Conwell was comfortably winning. The highly touted super welterweight contender who is promoted by DiBella Entertainment, also reached a pivotal moment this year when he welcomed a daughter earlier this fall to become a first-time father.

“I’m happy to be getting right back in the ring to show my skill, class and dominance on NBC Sports Network,” Conwell said.

About Ring City USA
Ring City is boxing’s newest sports media platform. Working in tandem with a variety of promoters and talent, its new boxing series places an emphasis on competitive match-ups that genuinely test the fighters and excite the fight fans. Ring City provides great fights in the ring and compelling shoulder programming outside of the ring. Ring City is the proving ground where up-and-coming talent can earn their stripes and launch themselves into the upper echelon of boxing stardom.