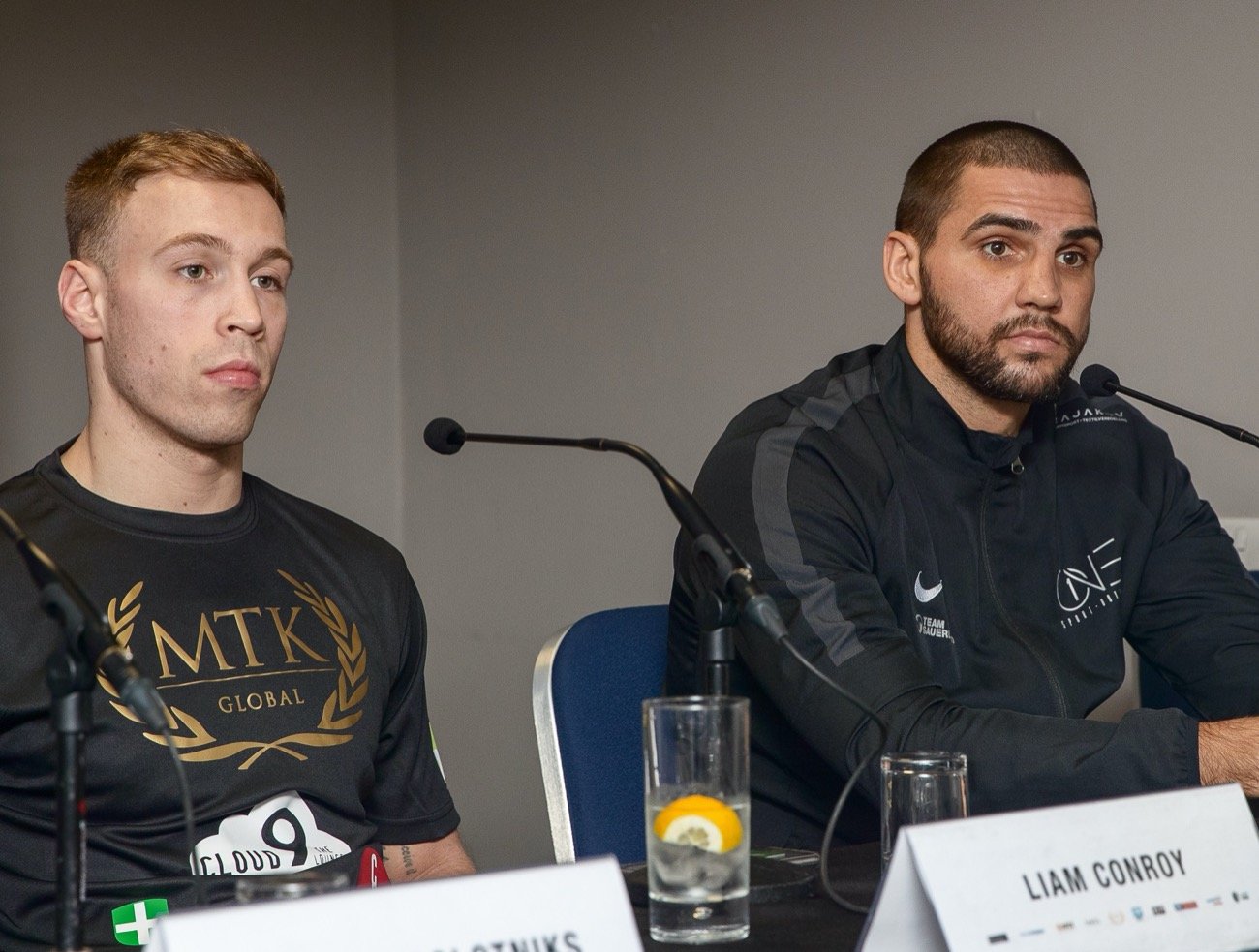 Conroy: Getting picked has lit a fire in me – Liam Conroy has warned Serge Michel that he’s made a big mistake by picking him ahead of their #GoldenContract light-heavyweight semi-final.

Michel (10-1, 7 KOs) received the Golden Ball during last week’s draw and decided to pick Conroy (18-5-1, 9 KOs), but the Englishman says that has made him even hungrier for the battle.

Conroy said: “I was pleased with the draw. I would have been pleased whichever way it went but finally getting an opponent to think about has lit a fire in me. Now I have someone to picture when visualising the fight.

“Being picked has given me an extra little boost in training because Serge chose me. The fact he thinks I’m the one he has the best chance against makes me so hungry. I think our styles gel well and it makes for a good fight, but I can only see me winning at the end of it.

“I’m so excited. It’s been a long few months over lockdown since the cancellation last time and I’ve just been dying to fight the whole time. I’m so lucky MTK have put this on behind closed doors.

“I know Michel was an Olympian so he must be a high standard of boxer, but apart from that I don’t know too much about him. I’m expecting it to be a real 50-50 and coming towards the back end of the fight my desire will be shown.”

Serge Michel appears to have his sights already set on the #GoldenContract final – branding Liam Conroy as a ‘warm-up fight’ ahead of their light-heavyweight semi-final later this month.

Michel said: “I never expected the Golden Ball to stay inside the bag until the end, so I guess God’s hand was in the game in my favour.

“I haven’t been in the ring since December when it was the quarter-finals, and Liam Conroy will be a good warm-up for me before the finals.

“My coach and father will study Liam and I trust and listen to what is said. Of course, together with my coach, I’ll take a look at one of the other fights of Conroy and then we will set up our plan.

“I will come to England as a guest and I expect a tough fight and no gifts. I have trained hard for this and I will win clearly and convincingly.

“I think these last few months were not easy for everyone, but I never lost sight of my goal and the goal is to win the tournament. This forced break makes me even more hungry for this fight than ever.”

David Lemieux, Arslanbek Makhmudov back in action on Oct 10

Liam Conroy says the uncertainty around the world over the past year has made him fall in love with fighting even more ahead of Wednesday’s highly-anticipated #GoldenContract light-heavyweight semi-final with Serge Michel.

Members of Conroy’s family have been on the frontline working for the NHS over the past few months, and the Barrow-In-Furness man has opened up on how it has made him even more determined to succeed.

Conroy said: “While the gyms were closed I got to spend a lot more time at home with the Mrs and my little lad Rauri so I was quite grateful for the break.

“Entertaining a two-year-old did start to get hard as things were closed and we couldn’t see much of the family. Both of Rauri’s nan’s were working on the frontline for the NHS and he’s close to them both and they usually help us out with keeping him entertained so it got hard without them.

“They were out doing a great job with the rest of the NHS and luckily we are now getting to see much more of the family. It did get to the point where it felt like it was going to go on forever and I never knew when we would be boxing again but I’m glad I stayed so focused and we are finally here.

“We are so fortunate to be on. During lockdown it made me realise just how much I love fighting. I’m so grateful have the opportunity to do it at a really high level on TV and I’m relishing the challenge.

“I can’t wait for my semi-final, and then in the other semi-final I think Hosea Burton should come through that one. I’ll be watching with interest.”

The other semi-final takes place on Saturday, as Hosea Burton clashes with Ricards Bolotniks in Riga, Lativa, with that fight broadcast live on IFL TV.

Conroy vs. Michel is part of a massive Golden Contract card on Wednesday, that sees Ohara Davies face Tyrone McKenna in the super-lightweight final, while Ryan Walsh takes on Jazza Dickens in the featherweight final.