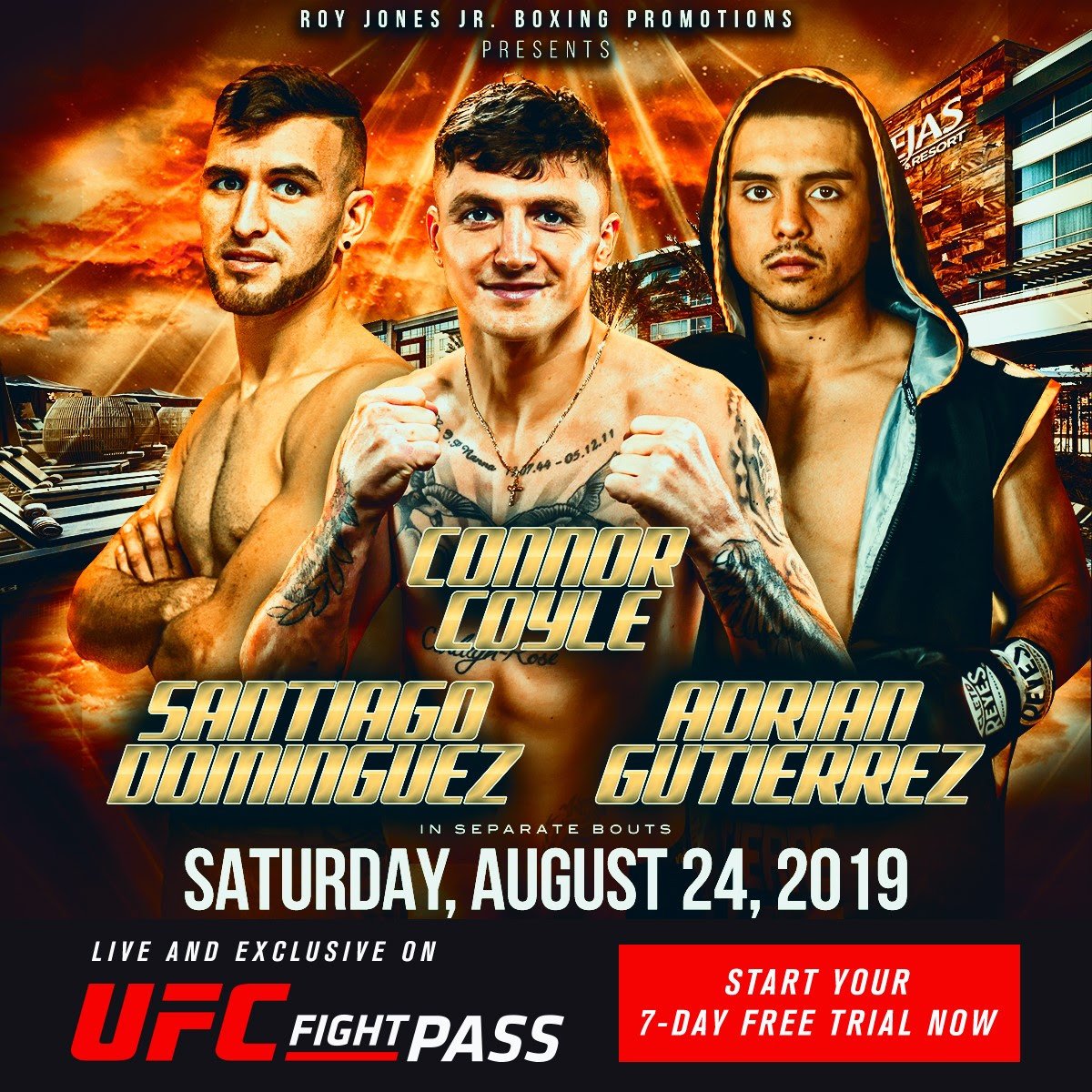 World-class professional boxing returns Saturday night, August 24, to Viejas Casino and Resort in Alpine, California, which is located about 30 miles from San Diego, with another exciting installment of RJJ Boxing on UFC FIGHT PASS.

The 29-year-old Coyle, fighting out of Derry, Northern, Ireland, is a “legacy” fighter: his great grand-father and great-uncle, both named Spider Kelly, each were British Empire and Commonwealth featherweight champions, 16 years apart. They had 256 combined bouts between 1928 and 1962. There is a monument dedicated to their unique achievements in Derry, Northern Ireland, were Coyle was born, raised and lives.

READ:  Ricky Burns: I Would Love To Finish My Career In Glasgow

Ramirez has gained invaluable experience as a past sparring partner for world champions such as Floyd Mayweather, Jr., Shane Mosely and Jose Luis Castillo.

Additional bouts will soon be announced. All fights and fights are subject to change.

ABOUT ROY JONES JR, BOXING PROMOTIONS: Co-founded in 2013 by 10-time world champion Roy Jones, Jr. and Keith Veltre, Roy Jones, Jr. (RJJ) Boxing Promotions is on its way to reinventing boxing. RJJ has already made a huge impact in the boxing community in a few short years. Creating exhilarating content for CBS Sports, Showtime, ESPN, beIN Sports and UFC FIGHT PASS in some of the finest venues across the country, RJJ has proven it is conquering the sweet science of the sport.