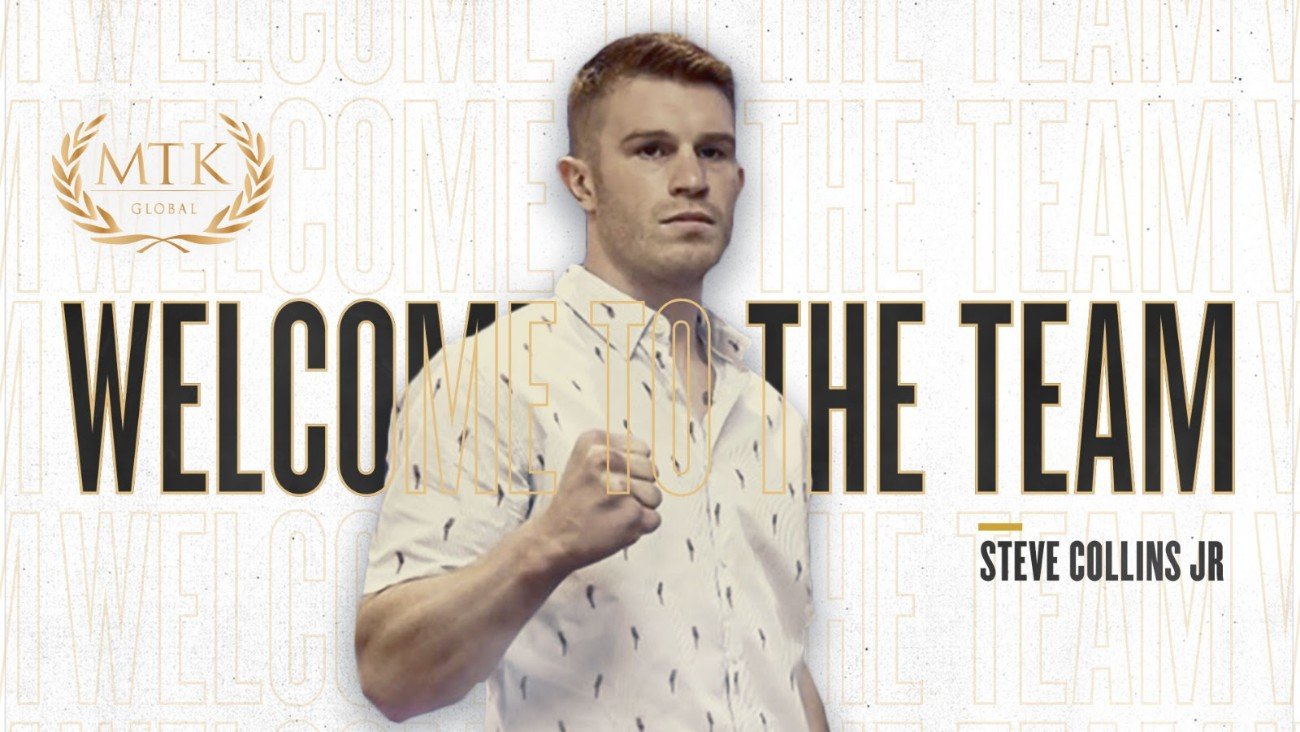 The Dublin-born’ Irish Wolfhound’ hangs up his gloves with a record of 14-4-1, having challenged for the BUI Irish National light-heavyweight title and BUI Celtic crowns at both light-heavyweight and super-middleweight.

Like new colleague Jamie Conlan, the fighter turned manager brings a wealth of experience given his knowledge of the industry, having been a fighter but also coming from one of the most iconic boxing families in Ireland.

He is the son of former long-reigning two-weight world champion Steve Collins. He had an illustrious career that saw him defend his titles on several occasions and earn multiple wins over Nigel Benn and Chris Eubank.

Since retiring from boxing, Collins Sr went on to star in several films, and in 2017 also joined the 4th Regiment Royal Military Police, where he has gone on to gain promotion to Lance Corporal and serve as the army boxing coach.

Like his father, Collins Jr is now set to have a hugely successful career after hanging up his gloves, as he knows the game inside out and is ideally placed to become a valuable member of the MTK Global team in guiding the careers of fighters.

Collins Jr said: “As everyone knows I grew up in boxing and it was a dream come true to make it a career, but as most fighters will tell you, there’s always that fear of ‘what’s next’ when the journey is over, and it’s time to hang up your gloves because boxing is not just a job, it’s a life, so I feel incredibly privileged to find a new journey in the industry that is my life and MTK Global are the best in the business.

“They have given so many Irish fighters like myself amazing opportunities, and I’m delighted to join their team and help other aspiring athletes achieve their dreams.”

MTK Global Vice-President Jamie Conlan said: “We’re delighted to have Steve Collins Jr on board as part of the management team, he’s always been a well-liked intelligent figure on the Irish boxing scene, and although he never reached the heights that he would have liked as a boxer he has learned a lot from the experiences he has been through, and that will benefit our fighters coming through, especially in Southern Ireland.

“Identifying and highlighting the potential of boxers within our company has always been at the core of MTK Global, and empowering boxers not just in the ring but out of it after their career is essential in the process.

“This isn’t the first time Steve has taken a change of direction in his sporting career, having already had a promising career in rugby while playing with Lansdowne then moving across to boxing at 23, so I feel that Steve will be a great asset to the team and adjust quickly to his new settings.”

Think you can make it in boxing and want to join MTK Academy? If you’re between the ages of 15-19, have a passion for boxing inside or outside the ring, and want to turn that passion into a career, sign up to one of our free courses at MTK Academy today and kickstart your journey: CLICK HERE.