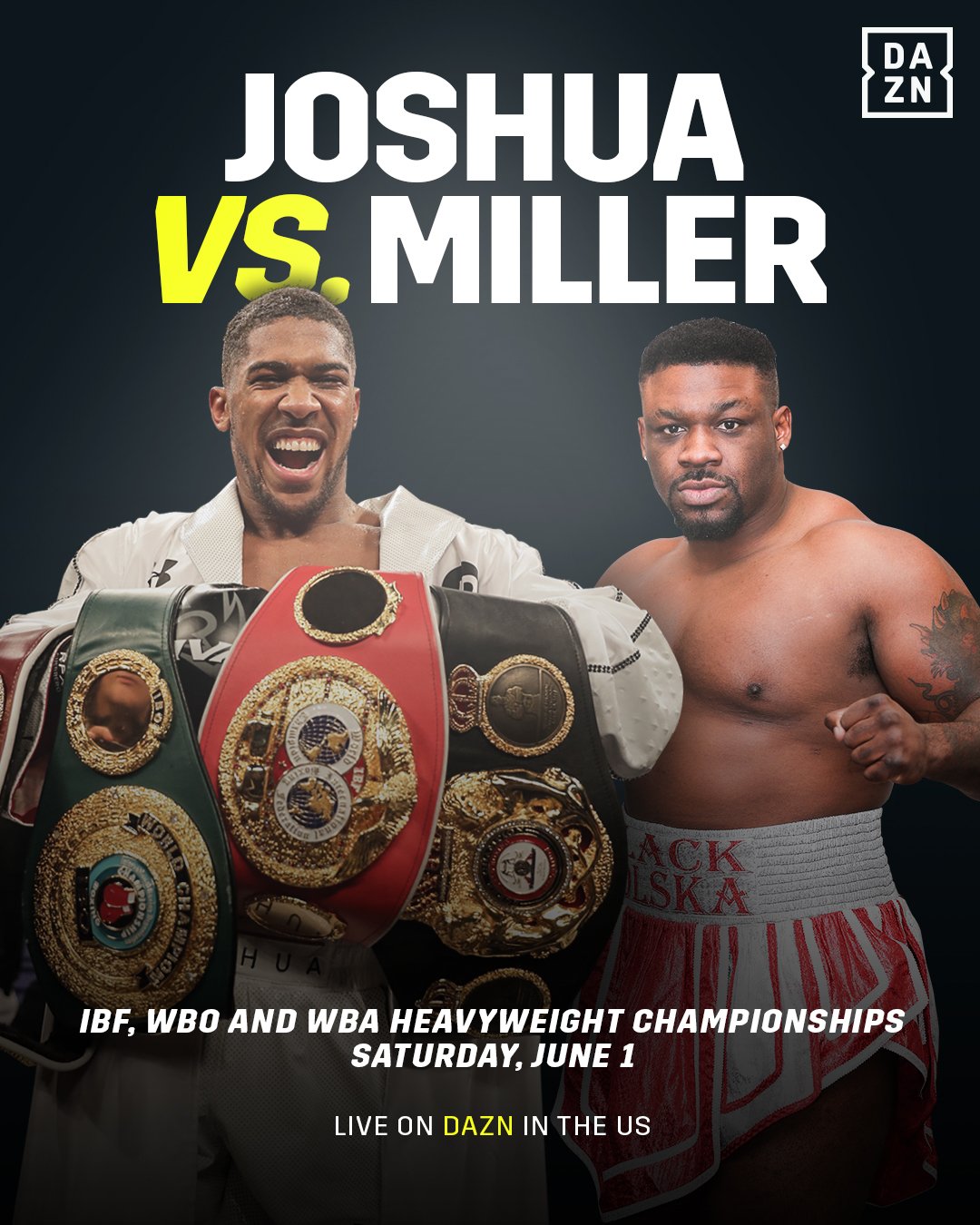 With yesterday’s announcement of the Joshua vs. Miller heavyweight championship fight to be held on June 1, Greg Cohen, co-promoter of challenger Jarrell “Big Baby” Miller, is happily giving his congratulations to Miller and his co-promoter, Dmitriy Salita, for securing the huge opportunity.

Miller’s rise, Cohen says, from obscure unknown to literally being one punch away from taking over the sport of boxing, took patience, expert guidance, and lots of money, as well as other-worldly dedication and unshakable confidence from Miller.

“This is a true boxing success story,” said the elated Cohen. “When Dmitriy and I agreed to partner up on Jarrell’s career, I knew it’d be a long road. But we both saw something special in him.”

Nery vs Figueroa: Luis Nery quotes for May 15th

And so, the pair set about securing ever-growing opportunities for their fighter, at first in anonymous club shows in boxing’s remote locales and later, as Miller continued to win impressively and gain momentum, in a series of important televised showcases that led to this.

“Jarrell has been perfect,” said Cohen. “He told us early on he was going to win the heavyweight championship of the world and he’s done nothing to shake our belief in him. He has promised to tear up everyone put in front of him and then gone out and done it over and over. He’s a special fighter and a privilege to work with.”

Both Salita and Cohen are having career years as promoters. In addition to Miller, Salita Promotions handles the career of women’s superstar Claressa Shields and welterweight smashing machine Shoh Ergashev. Shields is scheduled for the biggest women’s boxing showdown in history against German fellow world champion Christina Hammer in April. Ergashev will be putting his fearsome power on display on ShoBox: The New Generation this weekend.

Cohen, meanwhile, continues to build on his reputation as a top-level scout of raw talent. Miller marks potentially the third time Greg Cohen Promotions has gotten in on the ground floor of an anonymous raw talent and brought them to a world championship. New Mexico-based former world champion Austin Trout and current WBA Middleweight Champion Rob Brant were also brought up through the ranks from out of nowhere by Cohen.

Brant will make the first defense of his world title this weekend in Minnesota with potentially huge super fights looming on the horizon should he win.

“GCP is an overnight 10-year success,” laughs Cohen. “We’ve had many setbacks and disappointments, but in the end it’s all been worth it to see truly dedicated and talented fighters like Jarrell and Rob make the most of their careers. I’m proud of what we’ve been able to accomplish.”

Rosa Vs Acosta This Friday on Telemundo

And getting Miller to the big fight is just the beginning, according to Cohen.

“Joshua and his people are thinking this is their man’s big debut in the US to help him gain popularity over here and generate interest in a future fight against Deontay Wilder. They think they’re just going to walk over him easily. That’s not what’s going to happen.”

According to Cohen, Joshua has the types of flaws that will make him an ex-champion against Miller.

“Anthony Joshua has not been the same since the Klitschko fight. You can reach him. He’s been fortunate enough to recover and win so far, but against Jarrell Miller, if he can touch you, he’s going to knock you out. Jarrell’s chin is made of iron. He’s going to still be there in the middle rounds when Joshua starts losing steam. And sooner or later, he’s going to hit Joshua like he’s never been hit before and it’s going to be all over. Americans will own the heavyweight division once again after June 1.”