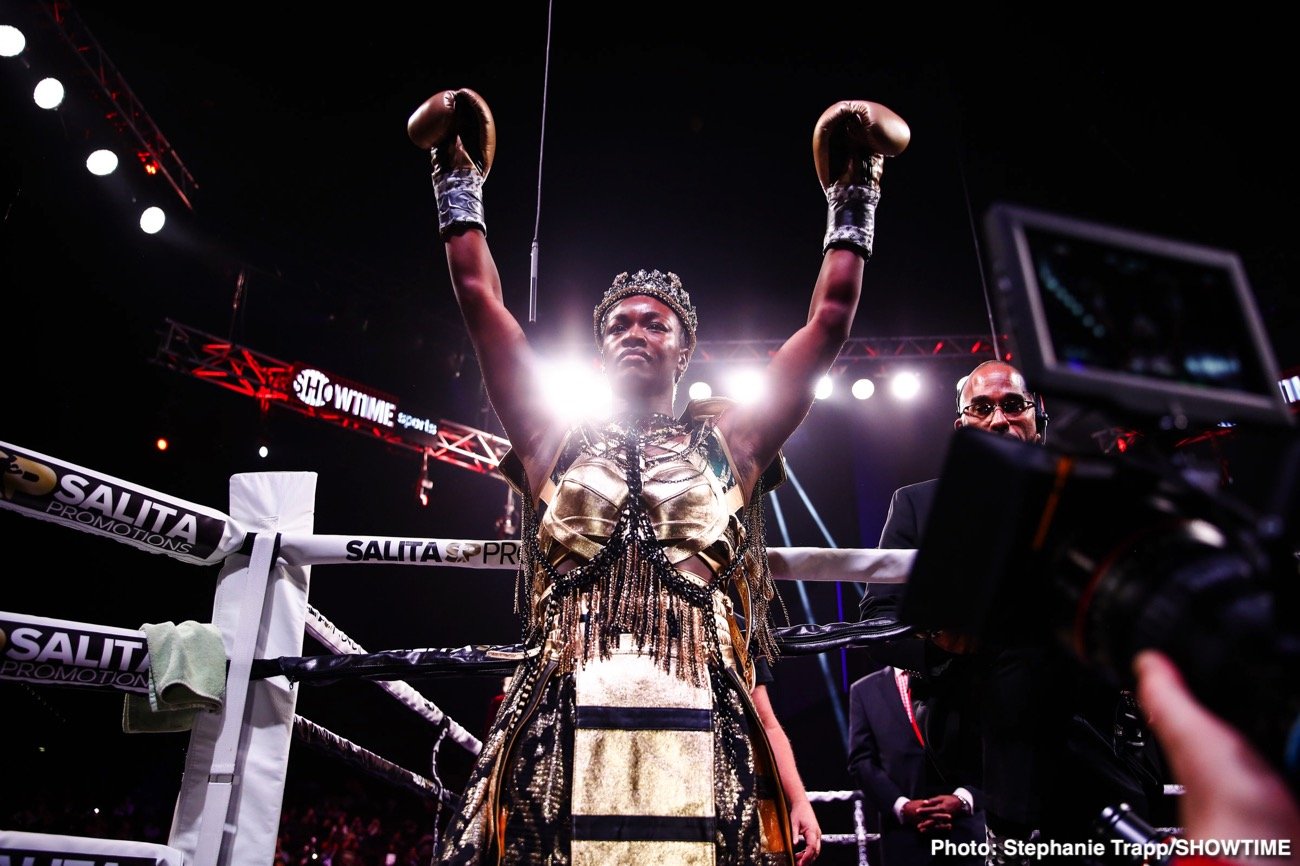 Undefeated three-division world champion Shields (11-0-0, 2 KO’s) will enter the ring in the Welsh capital city of Cardiff for a mandatory defence of her WBC World Middleweight Title in which she will also put her WBA, IBF and WBF titles on the line.

The 26-year-old from Flint, Michigan, defeated the previously unbeaten and then IBF World Super-Welterweight Champion Marie-Eve Dicaire in May to create history and become the first boxer in the four-belt era to be an undisputed world champion in two weight classes.

Shields is only one of eight fighters in the four-belt era to have been an undisputed champion in one division along with greats Katie Taylor, Cecilia Braekhus, Bernard Hopkins, Jermain Taylor, Terence Crawford, Canelo Alvarez and Oleksandr Usyk.

The American superstar, one of the biggest names in global boxing, is the latest addition to the world-class female BOXXER stable which also includes Savannah Marshall, Caroline Dubois, Tasha Jonas and Ebonie Jones.

Shields and Marshall are on a collision course to stage the biggest women’s fight of all time in 2022. Marshall holds a 2012 amateur victory over Shields – the only time Shields has ever lost in the ring – and the two wish to settle their grudge in a blockbuster professional rematch. To get there, they must first both deal successfully with their respective mandatory title defences.

Shields is looking forward to making her long-awaited UK debut live on Sky Sports. Shields said, “I’m excited to be defending my titles in the UK and I appreciate Dmitriy and Salita Promotions for making this happen. I’m excited to return back to my first love – boxing – and fighting as a professional in the UK has always been a dream for me. Hopefully I’ll be one step closer to shutting Savannah Marshall’s mouth with a victory on Dec 11th.”

Dmitriy Salita, President of Salita Promotions, the leading promotional company which aggressively pursued this lucrative opportunity for Claressa, said, “We look forward to Claressa making her U.K. debut in the first fight of our Boxxer and SKY TV deal. With this one-of-a-kind partnership, Claressa is taking another significant step to raise women’s sports and boxing’s popularity to new heights.

“A victory on December 11 against the undefeated WBC No. 1 contender Ema Kozin will secure a mega-fight between Claressa and her longtime rival Savannah Marshall for the Undisputed Middleweight World Championship. Fan’s will not only be able to see Claressa’s ring performances but will receive tons of shoulder programming that will take them behind the scenes inside Claressa’s training camp and life. With SKY’s commitment to Claressa, and working alongside Boxxer, all the ingredients are there for mega-events for the fans.”

Mark Taffet, Shields’ manager, said, ”I can’t wait to see Claressa back in the boxing ring on December 11. I know she will have a fire burning inside her which will become fuel in the ring against Ema Kozin. In her first fight of this groundbreaking SKY TV partnership, she will give a memorable performance and officially set up a historic fight with Savannah Marshall.”

Ben Shalom, BOXXER Founder and CEO, said, “I’m delighted to have concluded the agreement with Dmitriy and Mark to ensure that Claressa’s next fights will be live on Sky Sports in the UK. Women’s boxing is going from strength to strength and we’re excited to bring the most feared female in boxing to BOXXER and Sky Sports. The UK fans’ will love Claressa and her all-action, powerful style of fighting and we look forward to seeing her in career defining fights.”