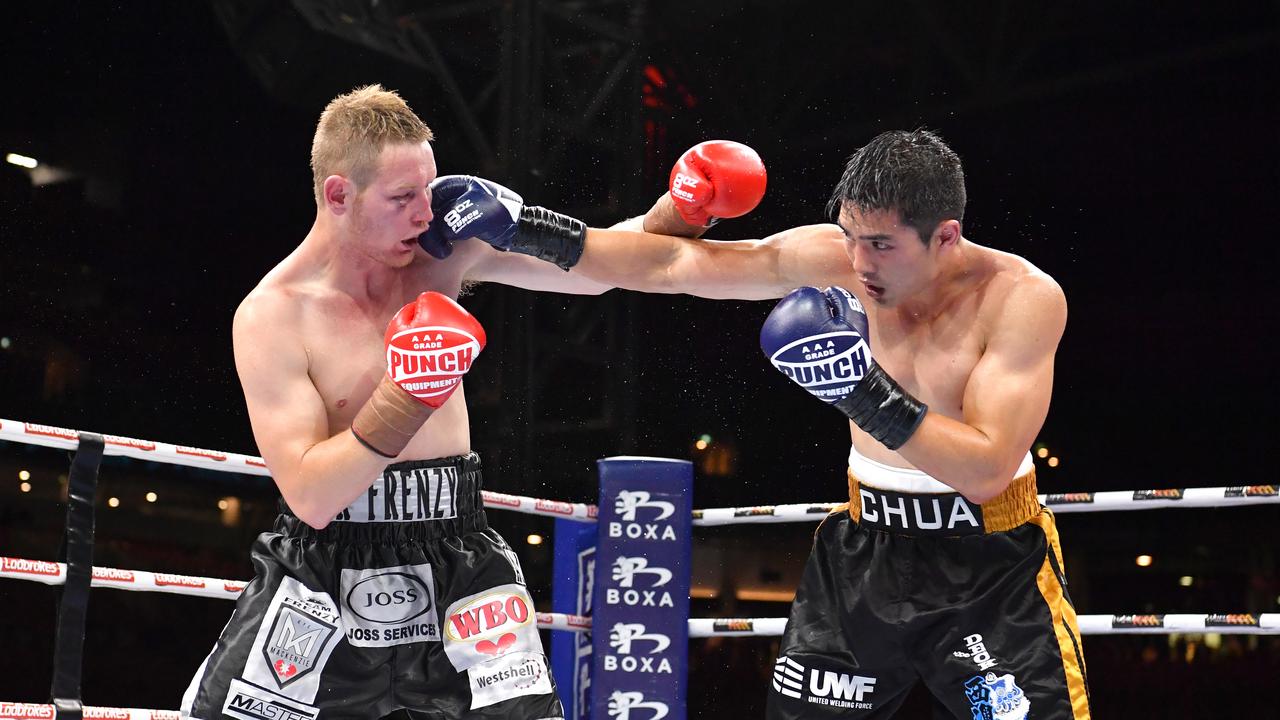 A domestic 3 way dance is in the works down under with an all-Australian grudge match between former world champion Billy Dib and Kye MacKenzie looming in March with Australias most avoided fighter Francis Chua.

Their fight could feature on the undercard of Tim Tszyu’s bout against Dennis Hogan on March 31, and may even be for an interim world title at lightweight.

“All respect to Billy Dib (2x World champion) on the challenge!

Waiting in the wings is “The Removalist” Francis Chua (7-1-1), his lone loss being a highly controversial points decision to Australian boxer Kye MacKenzie.

Chua had previously upset MacKenzie’s tilt at a world title shot against Vasyl Lomachenko when he beat the WBO #2 in front of a 40,000 crowd as the undercard to a Jeff Horn bout in Brisbane. That November 2018’s clash with Kye Mackenzie was the Australasian “Upset of the Year”

Chua will first have to contend with undefeated prospect Kazeem Soyoye February 26 at the World famous Thunderdome at Metro City in Perth. It will be the Main Event for the WBA Oceania Super Featherweight Championship

Chua is Australia’s boogeyman of the Super Featherweight and Lightweight divisions, the only man willing to face him is undefeated prospect Kazeem “The African Dream”

Chua discuss his upcoming title clash and his future plans.

“I just feel so lucky in this crazy time of covid we are able to do these things. Western australia is a truly blessed place. Nothing brings hope and community better than sport, we can fight and get through this. Dont give up”.

“I feel the fight is going to be action packed and will really test both of us. I’m so happy Tony was able to make it a WBA OceanI interim title meaning we both deserve this shot. I’m expecting fireworks the whole fight. It’s a huge opportunity for both of us.”

“My priority is Kazeem, but I’m definitely keeping an eye on Mackenzie and Dib. I want the winner. I know in my heart and from all the fans I won both fights with Kye (MacKenzie) no one gave me a chance but my manager (Tony Tolj) and my trainer (Jay Gray) and whoever wins with Dib and Mackenzie, I want it to be known I’m ready for the winner. The Australian Boogey man is coming to get you both!