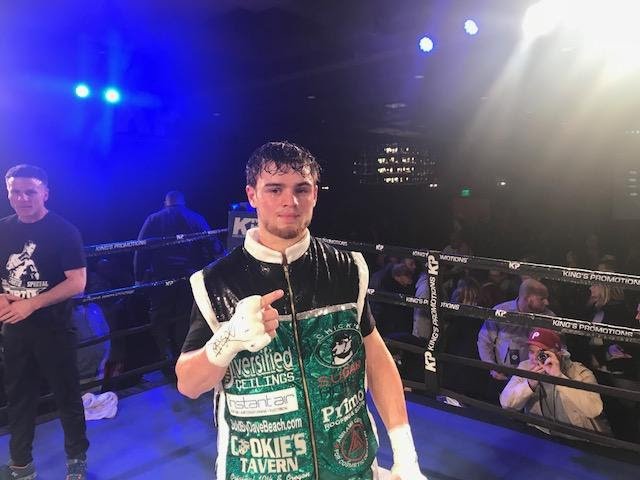 Wildly popular bantamweight Christian Carto returns to action in a six-round bout on Saturday, August 3rd at The brand new Carousel Room inside the Showboat Hotel in Atlantic City.

The card, which is promoted by Rising Star Promotions, marks the 2nd card over a 14-day period at The Showboat. The show will come on the heels of the July 20th card, which will be headlined by world-ranked junior middleweight, Thomas LaManna.

Carto of Philadelphia has a record of 17-1 with 11 knockouts. Carto, who graduated from nearby St. Augustine Prep, will be making his much anticipated return after his last outing on February 8th in Philadelphia

In a co-feature bout, Yurik Mamedov will be in action in a eight-round welterweight bout.

Mamedov of Brooklyn via Russia, has a record 11-1 with three knockouts.

The 28 year-old Mamedov is making his 2nd start of 2019, and is coming off a six-round unanimous decision over Jordan Rosario on March 23rd at The Showboat.

Webster (28-2, 14 KOs) of Glassboro, New Jersey, will be making his 6th appearance in Atlantic City.

Appearing in six-round bouts will be

Nafear Charles (1-0) of Philadelphia in a lightweight bout.

Daiyaan Butt (3-0, 1 KO) of Philadelphia in a junior welterweight fight.

Ry’Shine Collins (2-0, 2 KOs) of Philadelphia in a bantamweight match.

Marcos Lugo (0-2) of Milville, NJ in a lightweight appearance.

All opponents will be announced shortly.