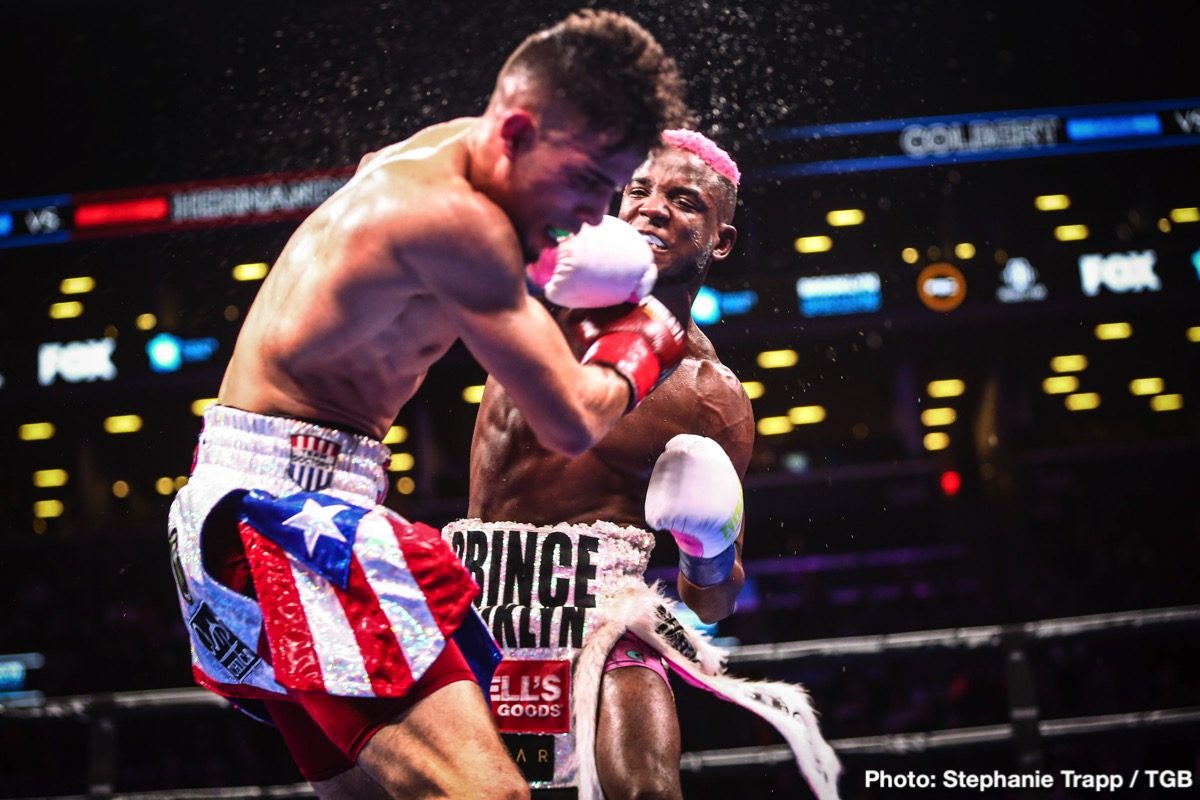 Representing his hometown of Brooklyn, N.Y., Colbert (11-0, 4 KOs) has begun to make a name for himself showing off tremendous skills across his first 11 pro victories. The 22-year-old most recently blasted out Mario Briones by second-round knockout in April on FS1. He will take on a durable 31-year-old in Mercado (16-2-1, 3 KOs), who has never been stopped throughout a pro career dating back to 2009. The Humacao, Puerto Rico-native most recently won a unanimous decision over Sergio Lopez in March.

“I’m preparing for a big day on June 23,” said Colbert. “This is chapter 12 in my career. I know Mercado will come to fight just like he’s supposed to. I’m just focused on putting on another dominant performance, like I do every time. Mercado has a good record on paper, but I’ll do what I do best at Mandalay Bay and make it look easy. People say you have to fight in Vegas to become a top-notch fighter, so I’m excited to fight there. We’ll be fighting in primetime on FOX, so I’ll get a chance to show everyone why I changed my nickname to ‘Prime Time’.”

“I’m ready for this fight on June 23,” said Mercado. “I know who I’m facing and what I’m up against, but I’m working hard every day on a strategy that will give me what I need in to be successful. I have all the tools to make this a great fight and get the win. I’m going to be aggressive and bring the fight to him. His only advantage is speed, but I’m better at everything else.”

Having scored knockouts in each pro fight since turning pro last May, Ramos (9-0, 9 KOs) made his U.S. debut in April with a knockout over Seifullah Wise. The 19-year-old from Casa Grande, Arizona will be opposed by the 30-year-old Hubbert (13-8-2, 8 KOs), who fights out of Fargo, North Dakota.

Spencer (7-0, 6 KOs) will appear on the FOX PBC Fight Night broadcast with his bout against Black (5-2, 2 KOs) serving as part of the show following prelims. At just 19-years-old and having only turned pro just over a year ago, Spencer has shown the tremendous skill and promise he possesses across his first seven pro fights. In April on FS1, the Linden, Michigan-native displayed his boxing acumen in going six rounds for the first time to earn a dominant unanimous decision over Osias Vasquez. He will take on the Chicago-born Black, who enters this fight on a two-bout winning streak.