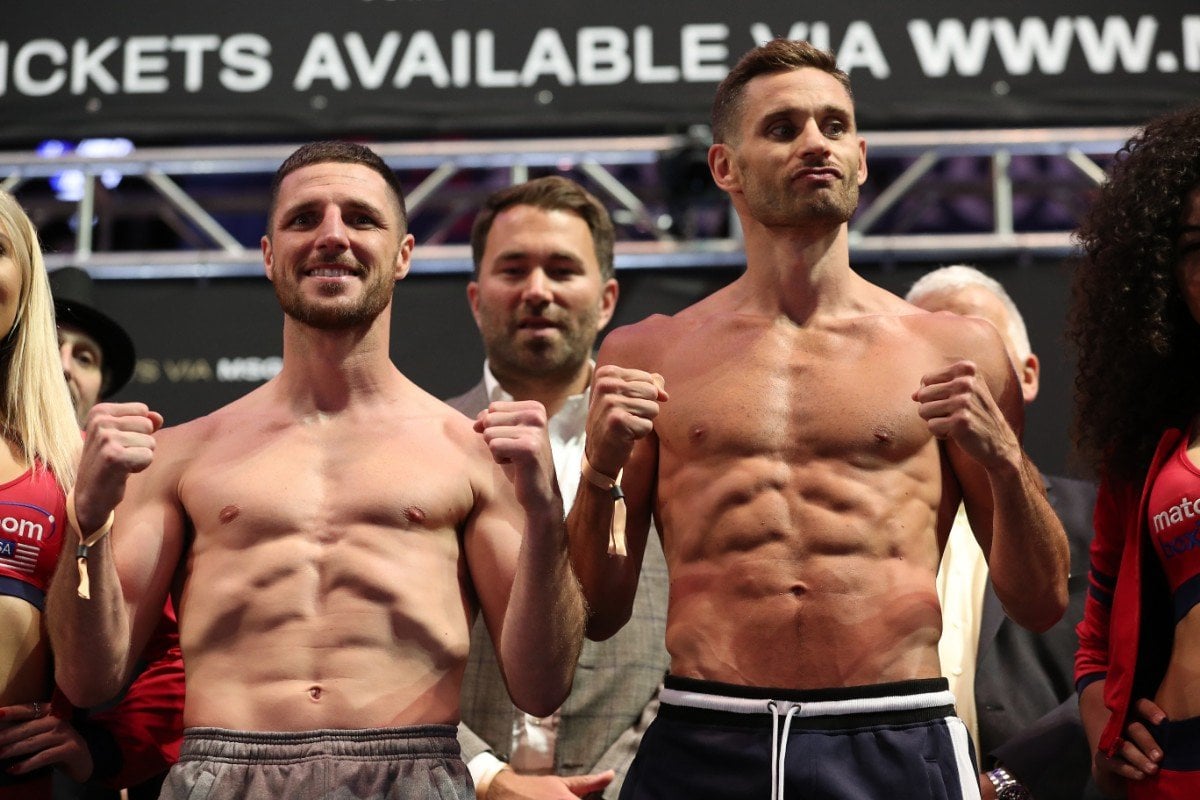 WBO International champion, CHRIS ALGIERI (23-3 8KO’s) and challenger, TOMMY COYLE,(25-4 12KO’s), faced off one last time this morning at Madison Square Garden, at the official weigh-in ahead of tomorrow night’s highly anticipated fight card at the mecca of boxing. Algieri and Coyle will do battle on Saturday night, with world title implications on the line. This will be Algieri’s first defense of his WBO International title that he won at The Garden back in January. As both promoters, JOE DEGUARDIA of STAR BOXING, and EDDIE HEARN of MATCHROOM BOXING stated at Wednesday’s presser, the winner of this fight will likely be fighting for a super lightweight championship of the world, next.

Algieri, who is no stranger to the world title stage, is looking to claim his second piece of the 140lb. crown, having won his first world title in Rocky-esque style, defeating the heavily favored RUSLAN PROVODNIKOV at the Barclay’s Center in 2014. Coyle is on the fringe of his first title shot, having previously held the IBF International and Commonwealth Lightweight Titles.

The entire card can be seen live tomorrow night on DAZN in the US, and Sky Sports in the UK. #AlgieriCoyle is proudly presented by Eddie Hearn’s Matchroom Boxing in association with Joe DeGuardia’s Star Boxing. The event is set to go live in the US at 5:30 PM/ET, live from Madison Square Garden.

TICKETS:
Tickets for the huge night of World title action in New York are on sale now via Madison Square Garden and StubHub (www.stubhub.com)

Tickets can be purchased at the Madison Square Garden Box Office, all Ticketmaster outlets, Ticketmaster charge by phone (866-858-0008) and online at www.ticketmaster.comor www.MSG.com.