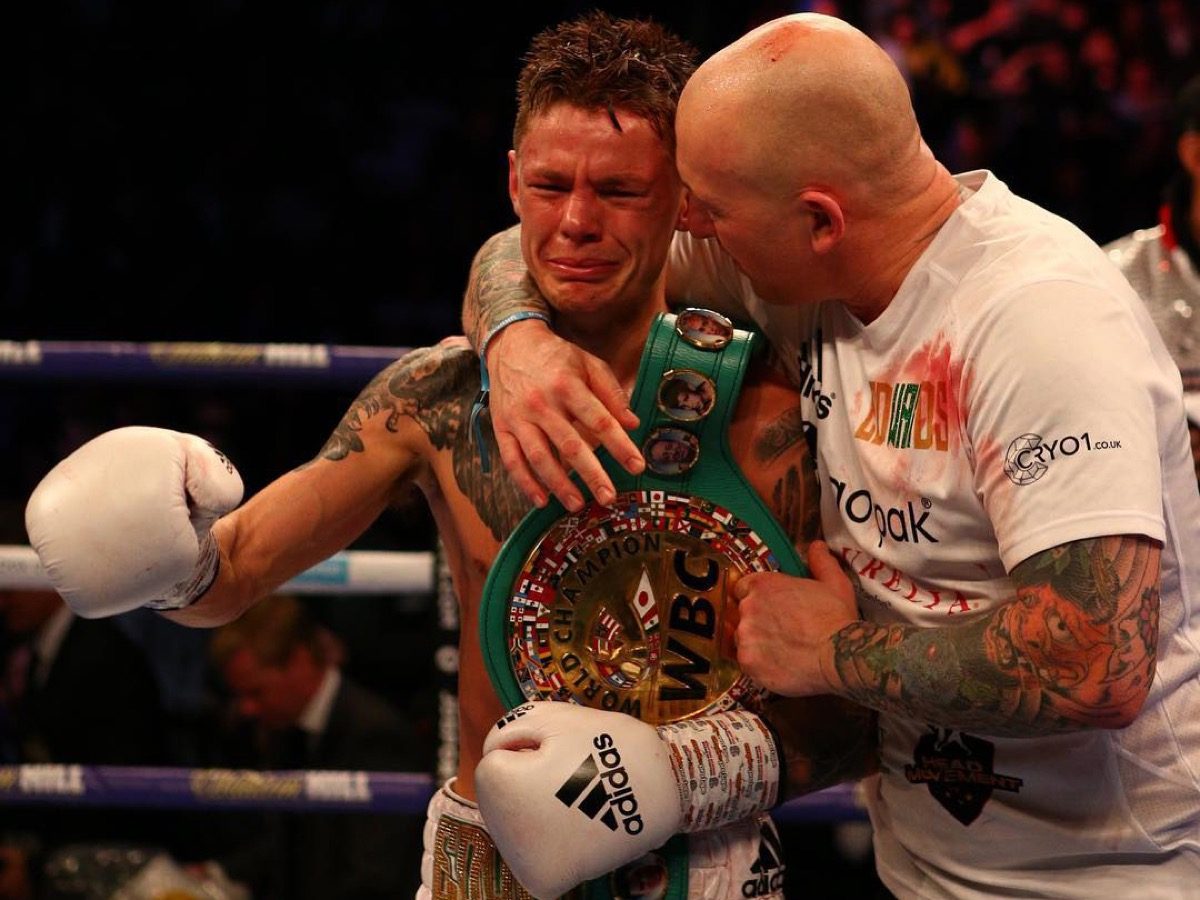 Charlie Edwards has confirmed his mother as an inspiration behind his WBC world flyweight glory.

The Surrey fighter (14-1-KO6) produced a masterclass to dethrone Cristofer Rosales in December – erasing the memory of his previous world title defeat to John Riel Casimero back in 2016.

Edwards said: “The reason the scenes in the dressing room with my Mum were so beautiful is because they were real. You can’t beat something that’s real.

“This has been a long time coming. I promised my Mum this a long time ago. The road has been up and down and it’s a huge build up of emotion. I was so delighted to fulfil the promise and that’ll never, ever be taken away from me.

“I think it’s inspired a lot of people. Too many people in this day and age want to make out they’re this or that. It’s okay for a man to get emotional and upset but it gets hidden a lot.

“I think this might have touched a lot of males’ hearts because they know deep down that it’s okay to feel like that.

“My life hasn’t changed too drastically since I won that belt. I’m just spending time with my family and done normal things.”

On his future, Edwards added: “I’m by no means the complete fighter yet. I’ve still got a lot to learn and it’s just about developing day in, day out. I’m looking forward to getting back to Sheffield and picking up where we left off with the training.”

World champion Charlie Edwards has assured his WBO European champion brother Sunny that he can turn his recent injury disappointment into a positive.

Unbeaten Sunny (10-0-KO3) suffered ruptured ankle ligaments in his recent victory over Junior Granados but Charlie believes the rehabilitation process can also be used to take stock and adopt a more measured approach to his rise.

Charlie, who was beaten in his first world title bout by John Riel Casimero after just eight professional fights, said: “As you saw with me and the Casimero fight, I rushed everything.

“Sunny doesn’t have to rush things the way I did. He’s only 22 and he can step by step his way all the way to the top, winning every title along the way.

“Sunny and I are always there for each other through thick and thin. We are a pair and we push each other. There’s healthy competition and we know we’ve got 120% support from each other.

“His injury got me down and I had to speak to him and tell him it could be a blessing in disguise. He’s gone massive in those last few fights and sometimes it’s good to slow down.”

Charlie Edwards rebuilt after the 2016 defeat to Casimero and fulfilled a childhood dream when he outpointed Cristofer Rosales to claim the WBC flyweight crown in December.

Charlie Edwards has quickly turned his thoughts to unification bouts after seizing the WBC world flyweight title with a masterclass against Cristofer Rosales.

The Surrey star (14-1-KO6) earned a wide points victory over the highly-rated Nicaraguan at London’s O2 on December 22 but rather than revel in the glory of the famous green belt, Edwards is already thinking of the next step towards complete domination.

Edwards said: “I don’t feel satisfied. It’s made me more hungry. I want to unify the division and build a legacy. The hard work really does start now. It’s hard getting there but it’s even harder staying there so I’m completely focused on what’s next.

“I don’t feel any different. I’m buzzing to achieve a childhood dream but I don’t think it’ll sink in until after my career’s done because I’m the type of fighter who always thinks about what’s next.

“I’ve not been in mega-celebration mode. I haven’t been drunk or started eating non-stop. I didn’t even have a drink after the fight, if I’m honest. I’m an ultra-professional. We just enjoyed our time with our loved ones. It was nice to just have a conversation and actually catch up with a few people.

Edwards has already been linked with a unification clash against Moruti Mthalane, who defends the IBF crown against Masahiro Sakamoto on New Year’s Eve.