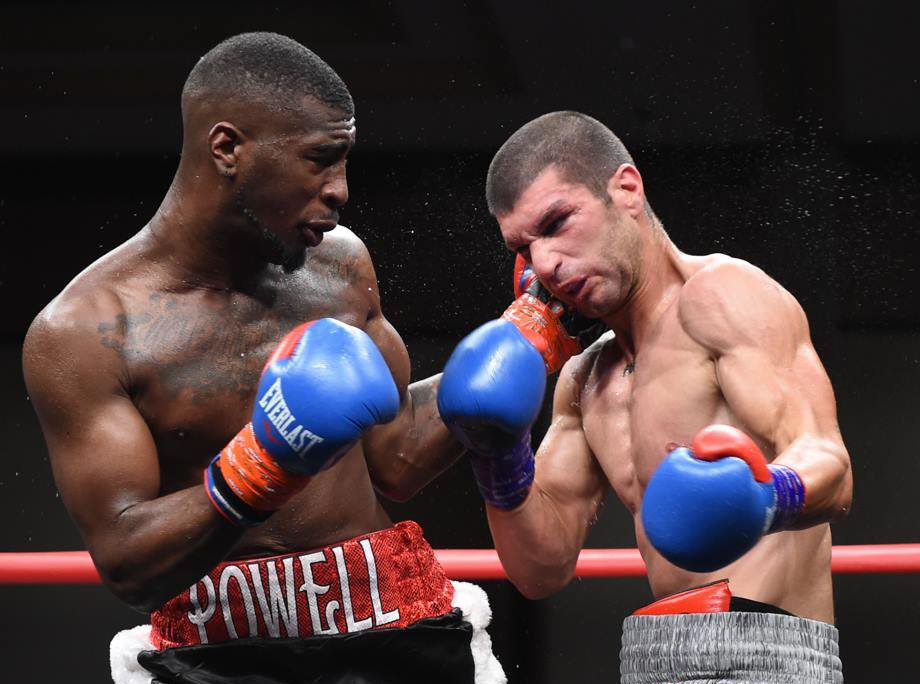 The timing couldn’t be better as Providence’s Toka Kahn Clary returns to his home state of Rhode Island for the first time since 2017.

Check out this story on how Kahn feels he has improved since his last loss and how his family motivates him to succeed in the ring. Kahn enters Thursday with a record of 27-2 with 18 KOs.

Gloves up, guns down

In January of 2018, Providence’s Lamont Powell and his uncle were shot while sitting in a car outside of Powell’s home. The gunman fired 36 shots at the car in a span of minutes. Somehow, both of them survived.

The 26-year-old Powell used the incident as motivation to stay in the gym and off the streets. He is now 5-0 since turning in May of 2018 and looks to keep his unbeaten record intact Thursday night against Carlos Huerta.

WPRI has the story on Powell’s brush with death and how he is now visiting schools throughout Rhode Island to speak with children on the dangers of gun violence and how they, too, can achieve their dreams.

In what could be the fight of the night Thursday, Massachusetts rivals Ray Oliveira Jr. of New Bedford and Derrick Whitley Jr. of Holyoke face off in a six-round welterweight showdown.

Both fighters come from impressive bloodlines. Oliveira, the son of New England icon and former world-title challenger “Sucra” Ray Oliveira, won his first seven fights under the guidance of CES Boxing. Whitley, the son of “Double Impact” Derrick Whitley (pictured), a veteran of 52 pro fights, and the nephew of Derrick’s twin brother Darren Whitley, who fought 44 times as a pro, makes his just second appearance at Twin River.

Check out this 2018 story from The New Bedford Standard-Times on Oliveira Jr. building his own legacy in boxing.

Gonzalez joined stablemate Jamaine Ortiz as the only other American-born WBC Youth title-holder while CES Boxing became the only promotion in the world with two reigning Youth champions.

Read more about Ortiz’s journey to stardom and take a look back at Gonzalez’s big win in his Worcester homecoming against Yeuri Andujar. Gonzalez won by sixth-round knockout and plans on returning soon in 2020.

Undefeated featherweight Ricky Delossantos is unable to fight Thursday due to a rib injury but expects to be back in the ring soon in 2020.

Delossantos issued the following statement Tuesday on his postponed bout against undefeated prospect Edward Vazquez: “After putting together one of the best camps of my career in what was to be my biggest, most important fight, I sustained an injury that will prevent me from competing Thursday night.

“We did everything we could, including seeking second and third opinions from doctors and specialists. This is a tough pill to swallow, but it’s God’s plan, and I won’t let it stop me on my journey.” Read the entire press release is available here.

New kid on the block

One of the highlights on Thursday’s card is the professional debut of Pawtucket, RI, super middleweight Hassler Chacon, who fought 20 times as an amateur.

Outside of the ring, Chacon works at a CNC manufacturing shop, where he makes parts for Dodge vehicle transmissions and elevator shafts. He is also attending the Community College of Rhode Island this summer to complete his certification in Advanced Manufacturing.

On Thursday, Chacon faces Brazilian challenger Raush Manfio, who also makes his professional boxing debut but has a record of 11-3 in professional mixed martial arts. Chacon is training under the guidance of “Sucra” Ray Oliveira.