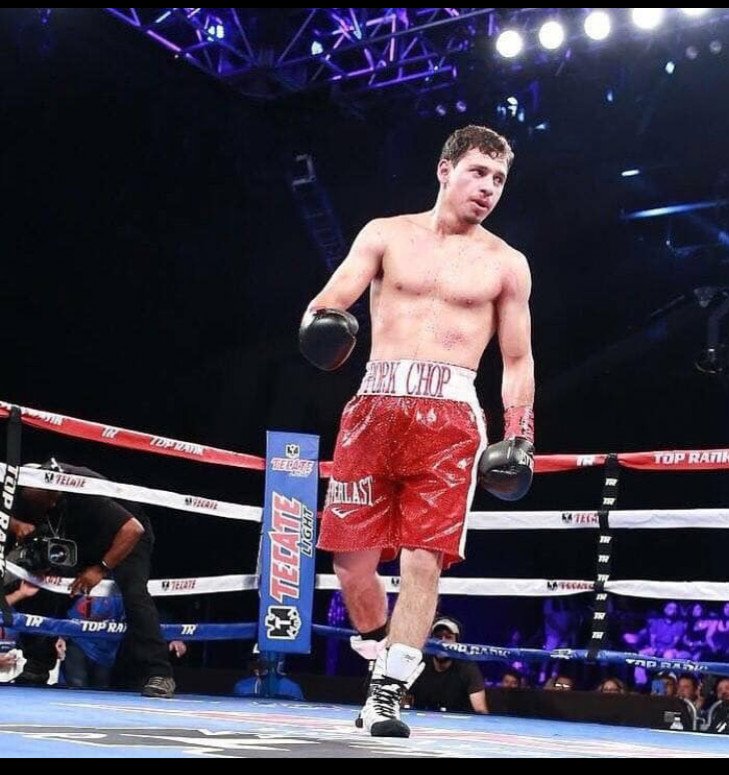 For many years Dunkin was known as one of the preeminent managers and talent evaluators in boxing. The 2017 BWAA Manager of the Year guided the careers of 34 world champions. He has launched his promotional company and is stocking it with some incredible talent such as Guerrero.

“I’m really happy that I was able to work out a deal with ‘Pork Chop,'” manager turned promoter Dunkin commented. “He is an excellent young fighter who I think has all the talent in the world. He is as fun fighter and I think fans will have a blast when they get to know him. The working plan is to get him fighting on television. I’d like to get him out there as soon as possible.”

Guerrero, a Mexican American boxer, was a celebrated amateur who won two junior national titles. Under the guidance of Rudy Silva, Guerrero turned professional on June 25, 2016, knocking out Luis Caballero in the second round of their fight in Dallas.

He has gained invaluable experience sparring with Mikey Garcia, Brandon Rios and others at the famed Garcia Boxing Academy in California.

Team Sauerland’s 17-year-old sensation Sophie Alisch (4-0, 1 KO) took another step on her journey to superstardom by starring in the DFL Foundation and Deutsche Sporthilfe ‘Side by Side’ campaign alongside internationally renowned athletes including Manuel Neuer, Marco Reus and Mario Götze.

The DFL Foundation was created from Germany’s professional football teams and aims to increase integration and participation in a range of sports, regardless of background, culture or disability.

So far, the DFL Foundation has invested €21.5m to support around 550 athletes through Deutsche Sporthilfe, who between them have won 474 medals for Germany, including 63 at the Olympics and Paralympics. Sophie Alisch herself benefitted from the Deutsche Sporthilfe support for two years during her amateur career, where she won the bronze medal at the 2017 and 2018 European Championships.

“This is a really great thing and an honour to be alongside all of these first-class athletes,” said Alisch. “I think it’s great that the Bundesliga supports other sports and helps them financially, as well as growing the publics awareness.

“I myself benefited for two years from the Deutsche Sporthilfe during my amateur career so I was delighted to support the campaign. The shoot was really fun and I think the videos are really impressive!”

Alisch’s promoter Nisse Sauerland was equally delighted with the results of the shoot.

“It’s great to see Sophie alongside so many German sporting heroes,” said Sauerland. “She’s a phenomenal talent and despite being just seventeen, she is already inspiring people across Germany.”

The ‘Side by Side’ campaign will be broadcast across Sky, DAZN, ARD and SPORT1. Further information on the campaign and the commitment of the DFL Foundation can be found at www.seite-an-seite.dfl-stiftung.de and at www.dfl-stiftung.de.
“I knew I was going to be in good hands if I signed with him (Dunkin),” Guerrero said. “I’m going to do my best to do may part to be world champion. I train hard. I’m looking forward to becoming a world champion. That’s what I’ve dreamed of growing up. I love boxing, it’s what I do.”

The time is NOW for Alejandro Guerrero!