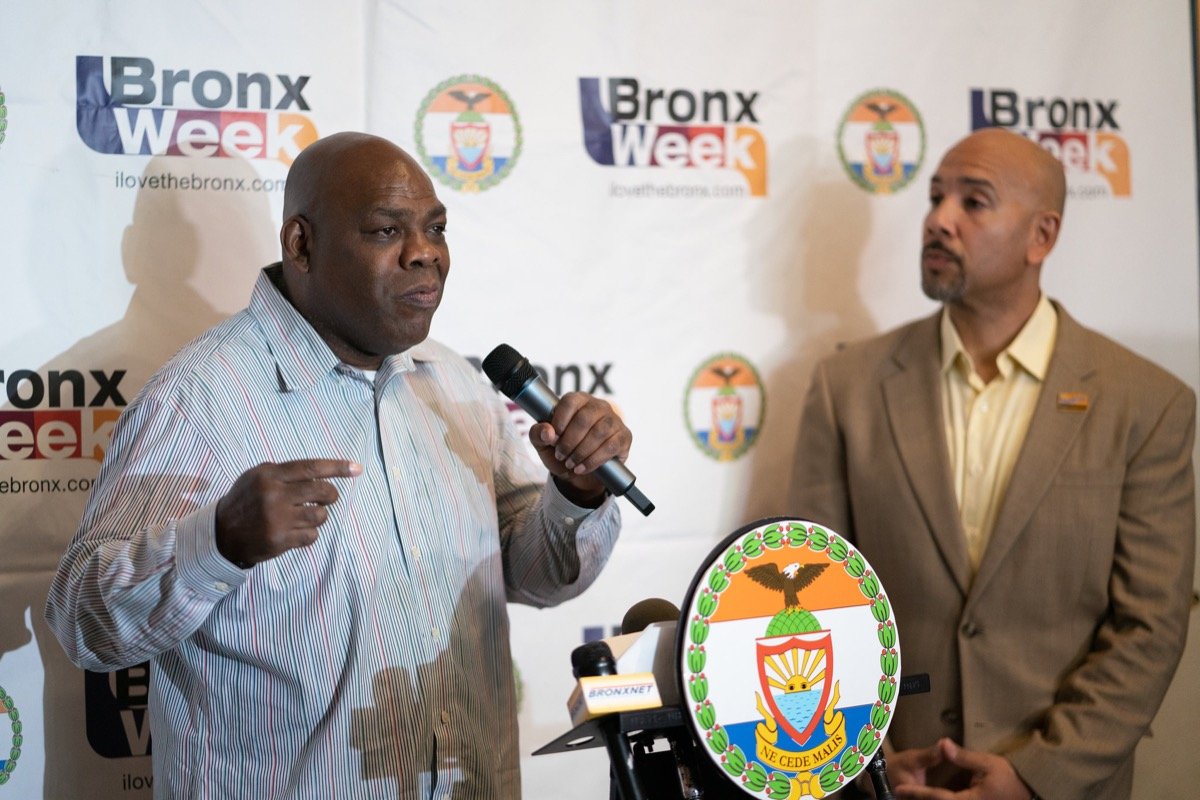 Former World Champions Iran Barkley to be inducted into the Bronx Walk of Fame along with singer-songwriter Regina Spektor, and planetary scientist Carolyn Porco

This weekend, Bronx Borough President Ruben Diaz Jr. will induct boxing legend Iran “The Blade” Barkley to the Bronx Walk of Fame as part of the 2019 Bronx Week celebration.

“Barkley exemplifies the fighting spirit of The Bronx,” said Bronx Borough President Ruben Diaz Jr. “Not many boxers can say went they have defeated ‘The Motor City Cobra,’ let alone beat a legend like Tommy Hearns twice. I am very proud to induct a champion like Iran Barkley into our Bronx Walk of Fame.”

As an amateur boxer, Barkley won a Silver Medal at the New York Golden Gloves and a Gold Medal at the Empire State Games, in 1981, as well as a bronze medal at the 1982 World Championships.

Barkley defeated International Boxing Hall of Famer, Tommy “The Hitman” Hearns, with a third round knockout that earned him the Ring Magazine’s 1988 “Upset of The Year” award, before losing the title to Roberto “Manos de Piedra” Durán, in what was Ring Magazine’s “Fight of The Year,” in 1989.

“Bronx Week is a chance for our borough to come together and celebrate what an incredible community we have here,” said Bronx Borough President Ruben Diaz Jr. “This year’s honorees are role models for their achievements in their respective fields and they show that, if given a chance, a child from The Bronx can become a world champion boxer taking down giants in his sport, a world-renowned pianist, or even a planetary scientist. I am proud to welcome Iran Barkley, Regina Spektor, and Carolyn Porco back to the Boogie Down.”