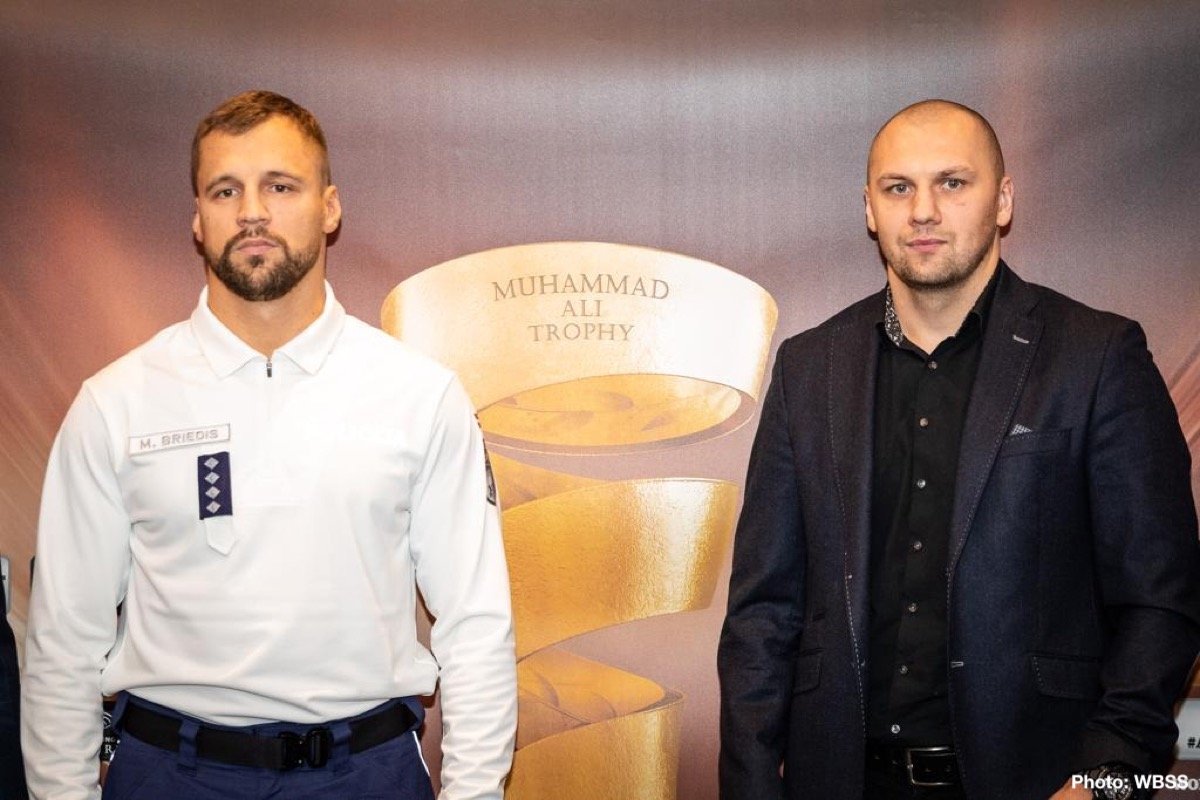 The WBSS Cruiserweight Semi-Final Mairis Briedis (25-1, 18 KOs) vs Krzysztof Glowacki (31-1, 19 KOs) in Riga, Latvia on June 15 is set for a unification bout for the WBC & WBO World Cruiserweight Championships.

The World Boxing Organization (WBO) has made Krzysztof Glowacki their new WBO cruiserweight champion after the previous champ, Ali Trophy winner Aleksandr Usyk moved up to heavyweight, and thus adding even more importance to the semi-final at the Arena Riga.

Both fighters have previously held one of the belts each, with current WBC Diamond Champion, Briedis a former WBC World Champ who reigned from 2016-2017. While Glowacki has regained the WBO title he held from 2015-2016. The two warriors are now colliding with the unique chance of unifying and qualifying for he Ali Trophy, the Greatest Prize in Boxing.

Both fighters have expressed their desire to regain their World Champion status and are excited about the opportunity to take home two world titles on June 15.

“God has given me a second chance which I am going to use to get to the final,” said Briedis who reached the semi-final in Season 1 of the WBSS and lost his WBC belt via a majority decision to the then WBO champ, Usyk. “The situation is now similar to last year’s semi-final; two belts at stake in Riga with my people behind me and hopefully we can get it done this time.”

Glowacki: This is a historic moment

“I am extremely happy and very excited because of the news about two belts: it will be a historic moment for the polish fans and boxing community in Poland. Great night and great fight ahead of us!”

Tickets for the hotly-anticipated semi-final in Riga – Mairis Briedis vs Krzysztof Glowacki and Yunier Dorticos vs Andrew Tabiti – are on sale via: bilesuserviss.lv