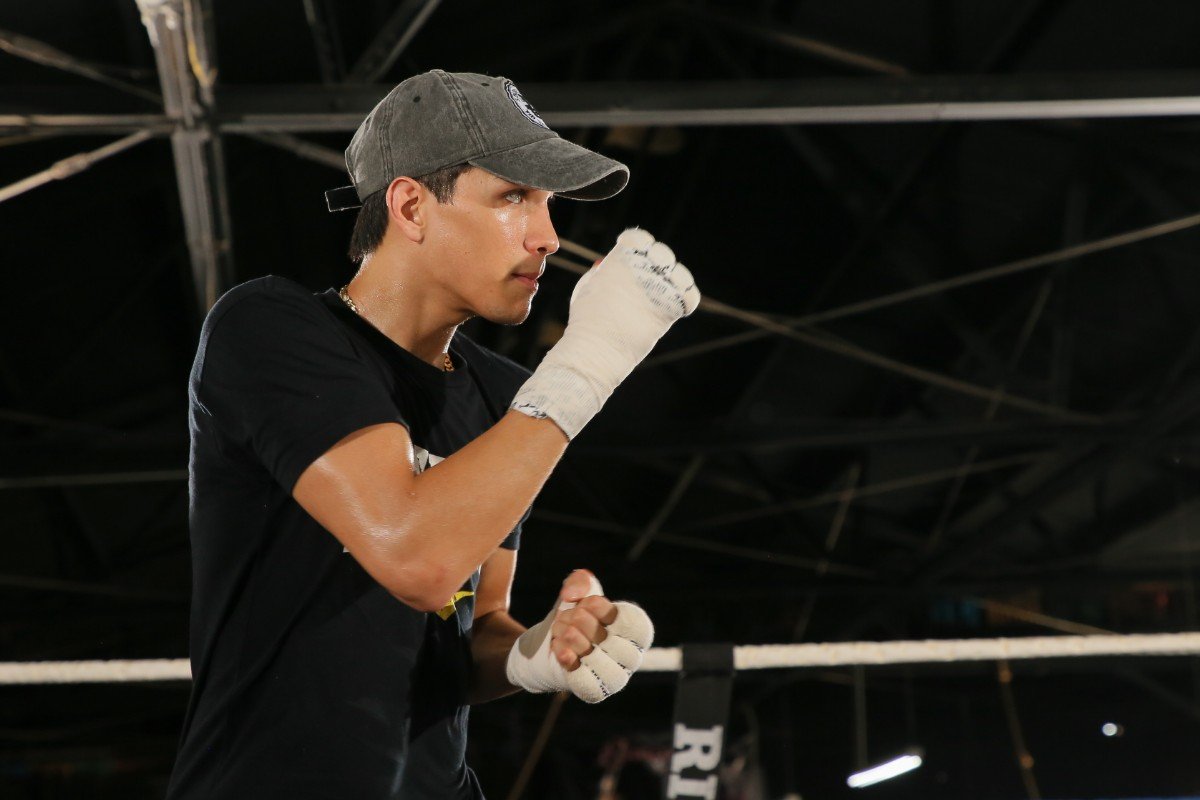 The Weslaco, Texas native Figueroa will make his homecoming title defense in the main event of action that begins at 10 p.m. ET/7 p.m. PT as the 22-year-old looks to retain the title that he won by stopping Yonfrez Parejo in April on FOX.

Here is what Figueroa had to say Tuesday from Panterita Boxing Club in Weslaco:

“A victory on Saturday in front of my hometown family and friends would be amazing. These are the people who have been supporting me and wanting to see me live for several years. Finally getting to this moment is a big honor to me.

“It’s different fighting at home and sleeping in my own bed during fight week. It’s a nice feeling. I’m just focused on what I have to do, and that’s train and fight.

“I feel incredible. My weight is coming off well. Physically and mentally I’m very ready. I can’t wait for Saturday. It’s going to be fireworks and an amazing show.

“It’s an honor to be the first boxer to headline at Bert Ogden Arena. I’m breaking it in and making history, so I know it’s going to be a memorable moment for me.

“My power is really continuing to grow and I’m more explosive in the ring now. We’re always increasing the volume of punches we can throw and we’re getting stronger every day.

“This will be one of the most special fights of my career because I’m fighting in this arena in front of my family and supporters. It’s going to be an amazing night.

“I never underestimate any opponent ahead of a fight. I train hard for every fight like it’s the biggest fight of my life. We’re working on my power, my speed and my defense. I have to work on all of that to be at the world class level.

“I’ve been fighting grown men since I was in the amateurs. My father and brother have always instilled it in me to not fear any opposition. I’ve never said no to any fight, that’s just the way we were raised. I’m fearless.

“[Brandon] wanted to prove that he was as tough as his brother, and he’s proved that.”

Undefeated Interim Champ @BrandonLeeFig had to prove how much heart he had, before he could become the ‘heartbreaker’ we see today. pic.twitter.com/m3vkcnDnuZ

“I just have to keep doing what I’m doing, which is fight. I have a lot of passion for boxing and I want to put my hometown on the map. It’s about being an inspiration for kids inside and outside of the ring.

“My work ethic is all about consistency. Even in my off time I’m always working out and keeping myself in shape. My conditioning is always the most important thing.”

ABOUT FIGUEROA VS. CHACON