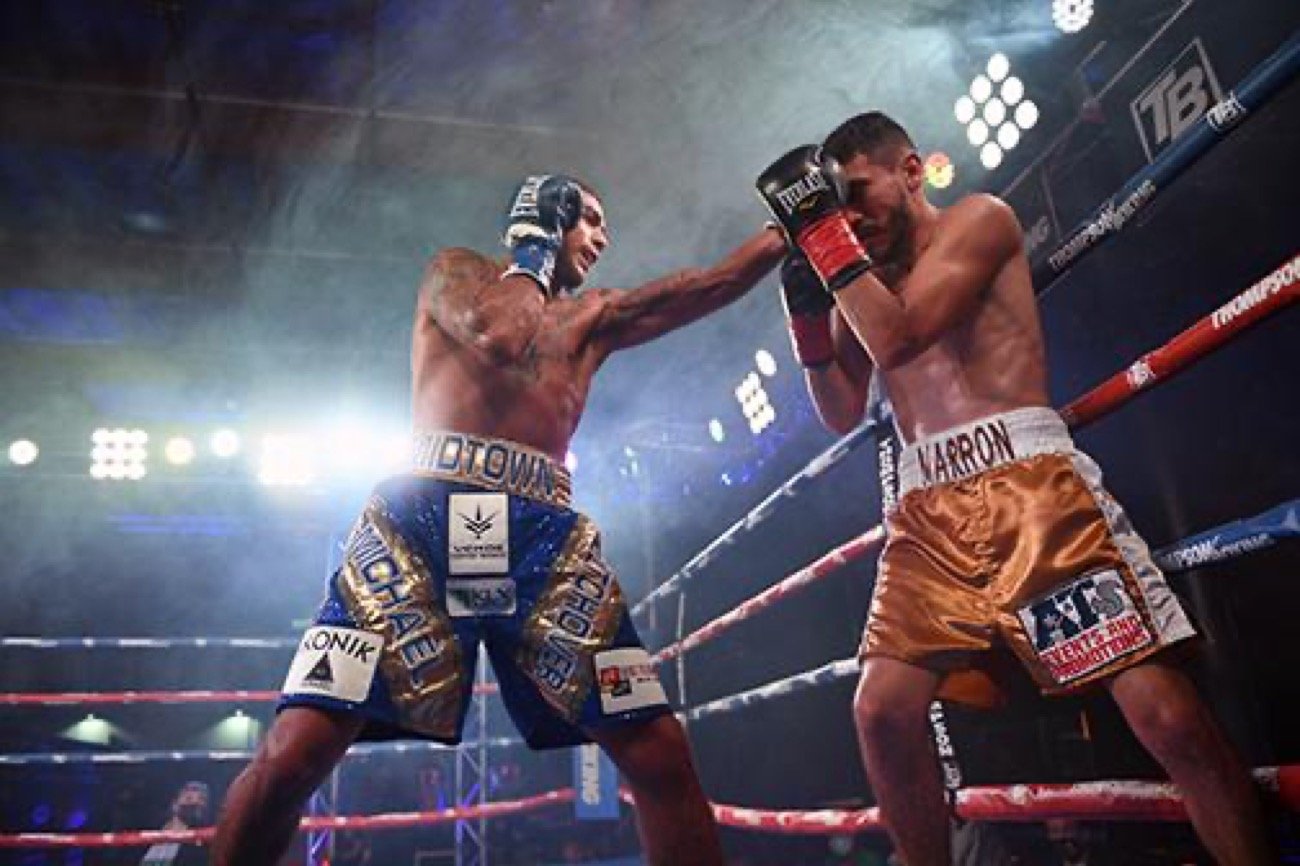 Dutchover, who is co promoted by Banner Promotions, dominated the bout from the opening bell as he outworked Marron Jr. throughout the entire fight. With his slippery style from the southpaw stance, Marron Jr. was able to avoid a lot of powerful blows from Dutchover, but never landed anything offensively. Dutchover got the best of some heated exchanges that took place in the later rounds, as Marron Jr. was doing his best to make the fight competitive. Dutchover cruised to a unanimous decision victory. Scorecards read 80-72, 78-74 twice.

“I feel with a few more fights, I’ll be ready to take on anyone they put in front of me,” said Dutchover. “Marron showed a lot of heart today by going the distance, but I felt he was trying to survive and make it to the final bell. We had a few nice exchanges, but he wasn’t really engaging. I did what I had to do to get the victory so now its time to move on. I’ll wait to see what my promoters, Thompson Boxing and Banner has next for me. I’ll be ready for war when they call my name.”

Torres controlled the action from the opening bell as he used his height and reach to land clean shots throughout the fight. Bravo, who has only been stopped once in his career, applied a lot of pressure in the fight, forcing Torres to use his superior boxing skills. Torres hurt Bravo with body shots in round two and five before the referee halted the bout in round six.

“Tonight, I showed I can use my boxing skills against a tough, aggressive fighter,” said Torres. “Bravo applied a lot of pressure as we expected and the game plan that my coach Danny Zamora implemented worked out perfect. I’m ready to step up and fight anyone in the top ten.”

The opening 6-round featherweight bout showcased Arnold Dinong of Daly City, CA vs. Brandon Cruz of San Diego, CA. Both fighters were feeling each other out in the early rounds but it was Dinong that was landing the harder shots. Cruz had a few moments during some exchanges, but it was Dinong who controlled the action. As the fight entered the later rounds, Dinong continued to outwork Cruz as he landed some powerful overhand rights and left hooks. All three judges scored the bout in Dinong’s favor as he remained undefeated. Dinong record improves to (7-0, 1 KO) as Cruz drops to (6-2, 4 KOs). Scorecards read 58-56, 59-55 twice, all in favor for Arnold Dinong.

“I was excited to get back in the ring today and show the world that I’m ready to take my career to the next level,” said Arnold Dinong. “Brandon Cruz was a very tough opponent and I take my hat off to him for putting up a great fight. I know with more experience against tough opponents like Cruz will make me a better fighter. I believe in myself and want another step up fight in my next bout.”