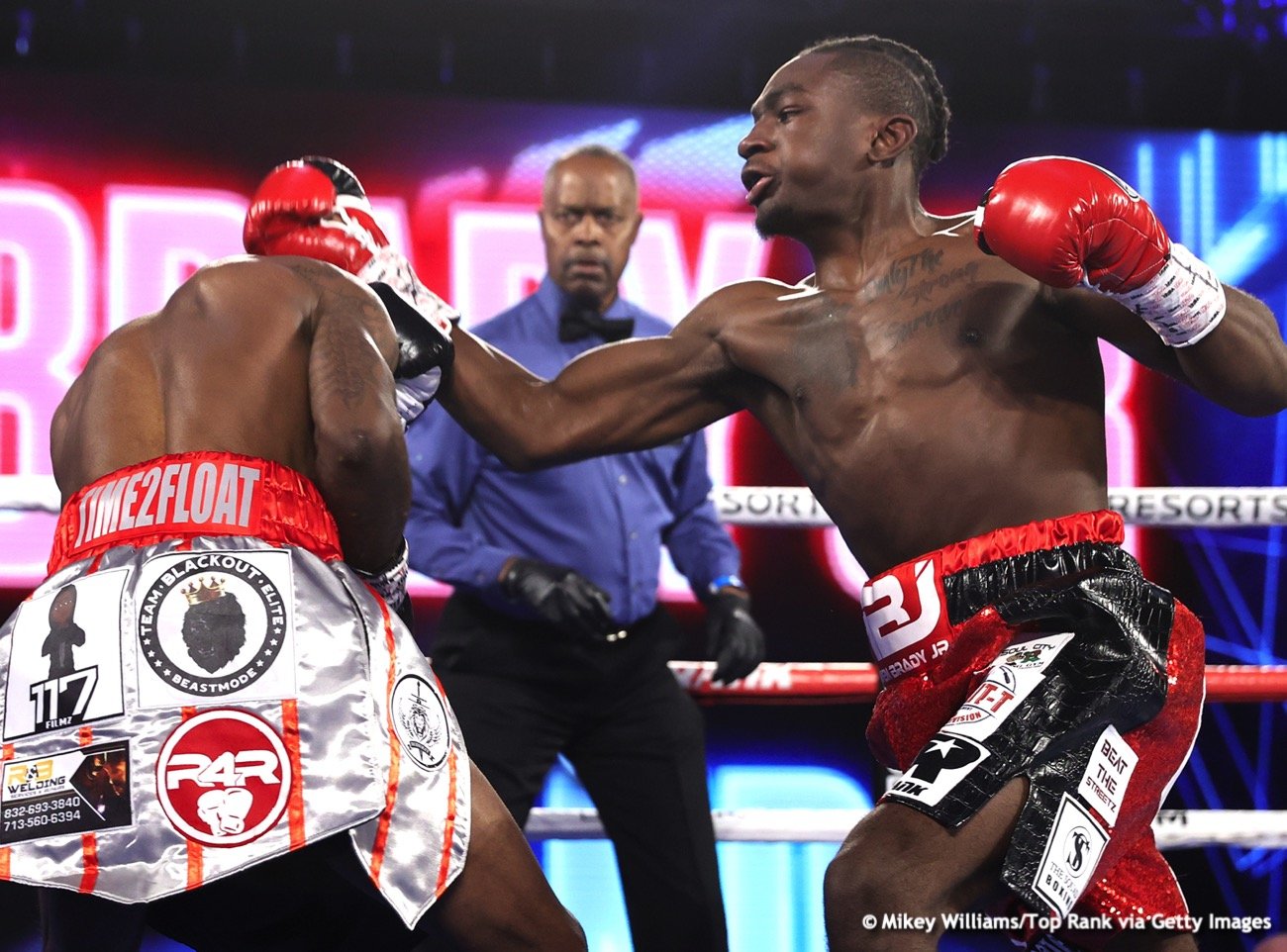 This past Saturday night, three members of the Split-T Management stable all gained stoppage victories on three cards around the United States.

Brady beat up and battered for six-minutes until Land and his corner had enough, and the 18-year old native of Albany, Georgia raised his mark to 2-0 with both wins coming by knockout.

The fight was streamed live on ESPN+. Brady is promoted by Top Rank.

Heralded amateur David Navarro also is now 2-0 with two knockouts as he took out Jason Vera in the opening round of their featherweight bout at The Mohegan Sun in Uncasville, Connecticut.

Navarro dropped Vera with a wicked overhand right. Navarro followed that up with a vicious combination and the fight was stopped at 2:02.

Navarro, 21 years old of Los Angeles is under the guidance of Tim VanNewhouse, and the fight had highlights shown on the Showtime Boxing Special Edition broadcast.

David Navarro impressed with a RD 1 KO of Jason Vera in the #ColbertArboleda prelims 👀 pic.twitter.com/geuXa4UTxM

In Miami, middleweight Andreas Katzourakis stopped Brandon Baue in round three of their scheduled six-round middleweight bout at the Airport Hilton.

Katzouraks of Athens, Greece is 6-0 with five knockouts.

The 29-year-old Santiago, Mexico’s No. 1 rated welterweight, was extended the full distance for only the sixth time during his pro career. The reigning North American Boxing Federation (NABF) champion fought four times in 2020, including three during the pandemic.

In a very entertaining fight at the Vibrant Sports Studio, with action almost non-stop, Mayala was a little bit sharper and more active, as he landed the cleaner punches and won most rounds, despite all being highly competitive.

After ten rounds of boxing there was no doubt that Mayala was the winner, with judges Elroy Marshall, Fred Van der Ross and Simphiwe Gceba all scoring the fight in his favour: 98-91, 99-90 and 97-92. Referee was Clifford Mbelu, and WBF Supervisor Mickey Klass.

Mayala improved his professional record to 13-3-1 (6), while Lando drops to 7-2 (6). The fight was promoted by Brice Boxing Promotions, headed by Jackie Brice.