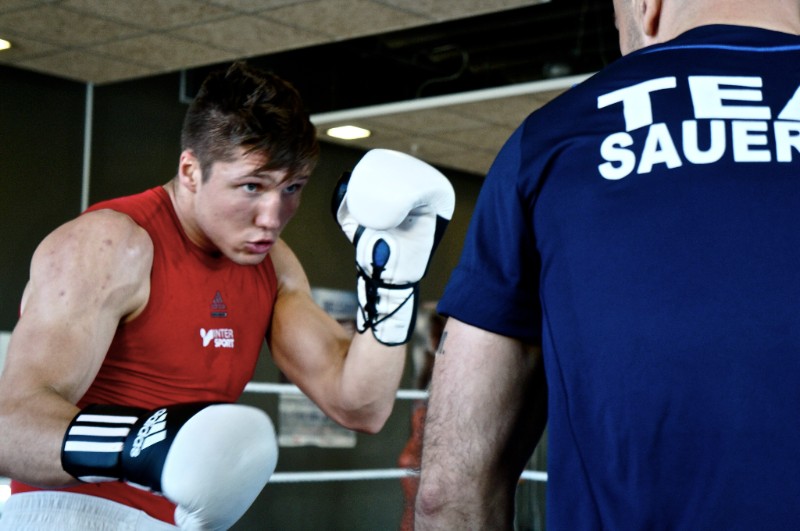 Swedish amateur star Hampus Henriksson makes his debut tomorrow night against Ivan Sakic at the Rosvalla Stora Ishallen at the Nyköpings Arenor in Nyköping, Sweden. Ahead of his professional bow, the 21 year-old reveals his greatest inspirations and love of poetry.

“I’m very inspired by Mikkel Kessler,” says Henriksson. ‘’He was a great boxer, who had an amazing career. I’ve met when sparring with Danish fighter Abdul Khattab. He was very humble and down to earth.

“I really hope that I can become a multiple world champion like Kessler someday. I will work hard for it. That’s what I want to achieve. There is obviously a long way to go, but I have time ahead of me.”

For now, Henriksson’s focus is on Saturday night where he joins compatriot Erik Skoglund on the bill for Team Sauerland’s historic Swedish event.

“Erik is another boxer I look up to,’’ he says. ‘’He is very important for the Swedish boxing and has paved the way for many of us. He is truly a talented athlete.”

The third name in Henriksson’s inspirational trio is Sylvester Stallone’s boxing hero Rocky Balboa. “It was the Rocky movies that inspired me to become a boxer, when I was 12 years old,” says the young fighter.

“I played football, but I was not very good. And I do like to win! Then I starting boxing and everything fell into place. It was as if I was always meant to be a boxer. That is really how it felt, and I was told that I had talent.”

The Flyinge-boxer’s amateur career was successful: three times Swedish elite champion, Nordic youth champion and over 40 appearances for the Swedish national team, including participation at the World Championships in Kazakhstan in 2013. Now, he is ready to make the transition into the paid ranks.

“The gloves are thinner and the events are bigger, but I’m ready to make the transition from amateur to professional,’’ said Henriksson.

In preparation, Henriksson has teamed up with Sauerland’s star coach Joey Gamache and his assistant Vedran Akrap.

“The training has been really good. My defence has improved my punches are getting better and I combine them better. I’m actually impressed with how much I have already developed.’’

There is room for other things than boxing in Henrikssons life, even though the professional sport requires tremendous focus. He studies for example sports psychology.

“My motivation has improved after I started to gain insight into the psychology of sport. I love to read. I cannot bear to watch TV it makes me restless. Though Kessler’s fights are something I have enjoyed watching on TV … ”

Besides boxing and psychology, there is room for poetry.

“Boxing is the life I love, but I travel a lot and I have much time to think and to write,” said Henriksson, who says he writes up to five poems a day.

“When I was 15 I started to write because it was a way to get out my feelings. In school we had to write a poem and I began among others to read and study the poet Gustaf Fröding. I tried to write a poem, and the poem was pretty good, and so I have continued to write ever since.”

Henriksson rarely writes about boxing, but in one of his poems ‘En nävernas monogam’ you can sense his love of boxing.

As he writes in the first stanzas:

When my hands start
It’s the song of my heart

Tickets for ‘Making History’ featuring Erik Skoglund’s historic IBF Intercontinental Light Heavyweight title fight against Oleksandr Cherviak are available via biljettforum.se. All the action is available to watch live on TV10 in Sweden.