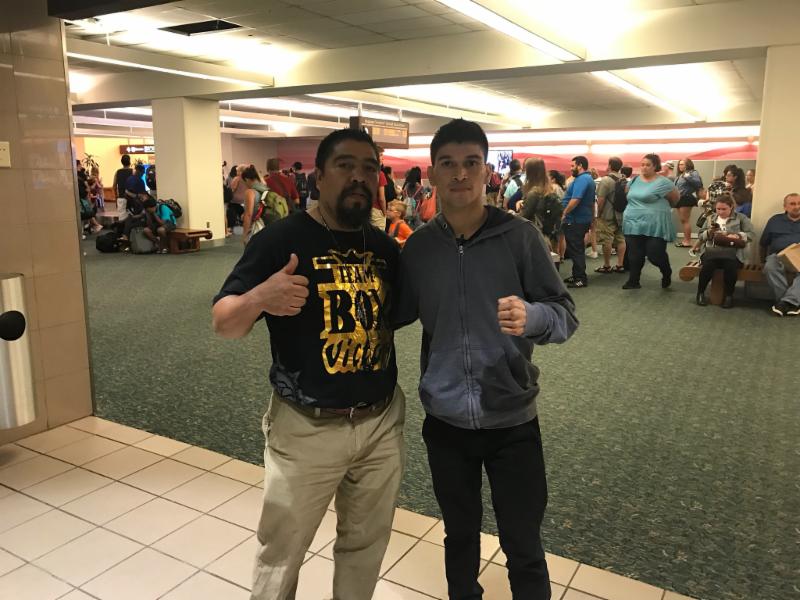 ” I’m very well prepared, I trained in the altitude for this fight, I’m hungry for a world title opportunity. I have enough conditioning to throw over 100 punches a round. This will be a slugfest and at the end their will be one last man standing, ME ” said Julian Yedra as he jumped into the shuttle.

The bout, which is part of a full night of action that is promoted by King’s Promotions.

In the main event, Tyrone Crawley (7-1) of Philadelphia meets Ricardo Garcia (14-3, 9 KOs) of Santo Domingo, Dominican Republic in a eight-round battle for the WBF Lightweight Championship.

Brooker of Philadelphia has a record of 13-5 with 5 knockouts.

Brooker is coming off a eight-round unanimous decision over Jamaal Davis on March 2nd at SugarHouse Casino.

Moon of Marietta, Georgia has a record of 7-1 with six knockouts.

The 27 year-old Moon turned professional in 2016, and won his first seven bouts, which was highlighted by a win over Simeon Hardy (13-1).

Hardy is coming off his 1st professional defeat when he lost to Meiirim Nursultanov on November 25, 2017 in New York City.

Javier Oquendo (3-0, 1 KO) of Philadelphia takes on Joshafat Ortiz (4-0, 2 KOs) of Reading, PA in a battle of undefeated Pennsylvania based super featherweights.

Paul Kroll of Philadelphia will make his pro debut against DeAngelo Alcorn (0-1) of Searcy, Arkansas.

Rasheen Brown of Philadelphia will make his pro debut against Sergio Aguilar (2-9, 2 KOs) of Homestead, CA in a super bantamweight bout.