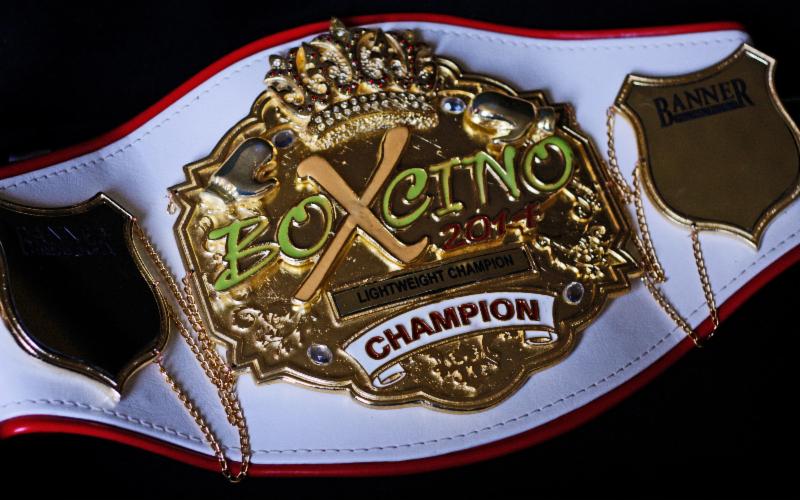 Below are images of the brand new Boxcino title belts that the fighters in both the lightweight and middleweight division willl be fighting for beginning tonight as part of the Boxcino 2014 tournament.

The event will get underway with four quarterfinal lightweight bouts on ESPN 2 beginning at 9pm eastern from the Edgewater Casino in Laughlin, Nevada.

Boxcino by the numbers

What makes the tournament unique is the varied styles and experience of the participants and below are some statistics that show just that.

* Edouard and Adams will face each other in the quarterfinals.

Location: Edgewater Casino – Rio Vista Room (down stairs next to the Buffet)