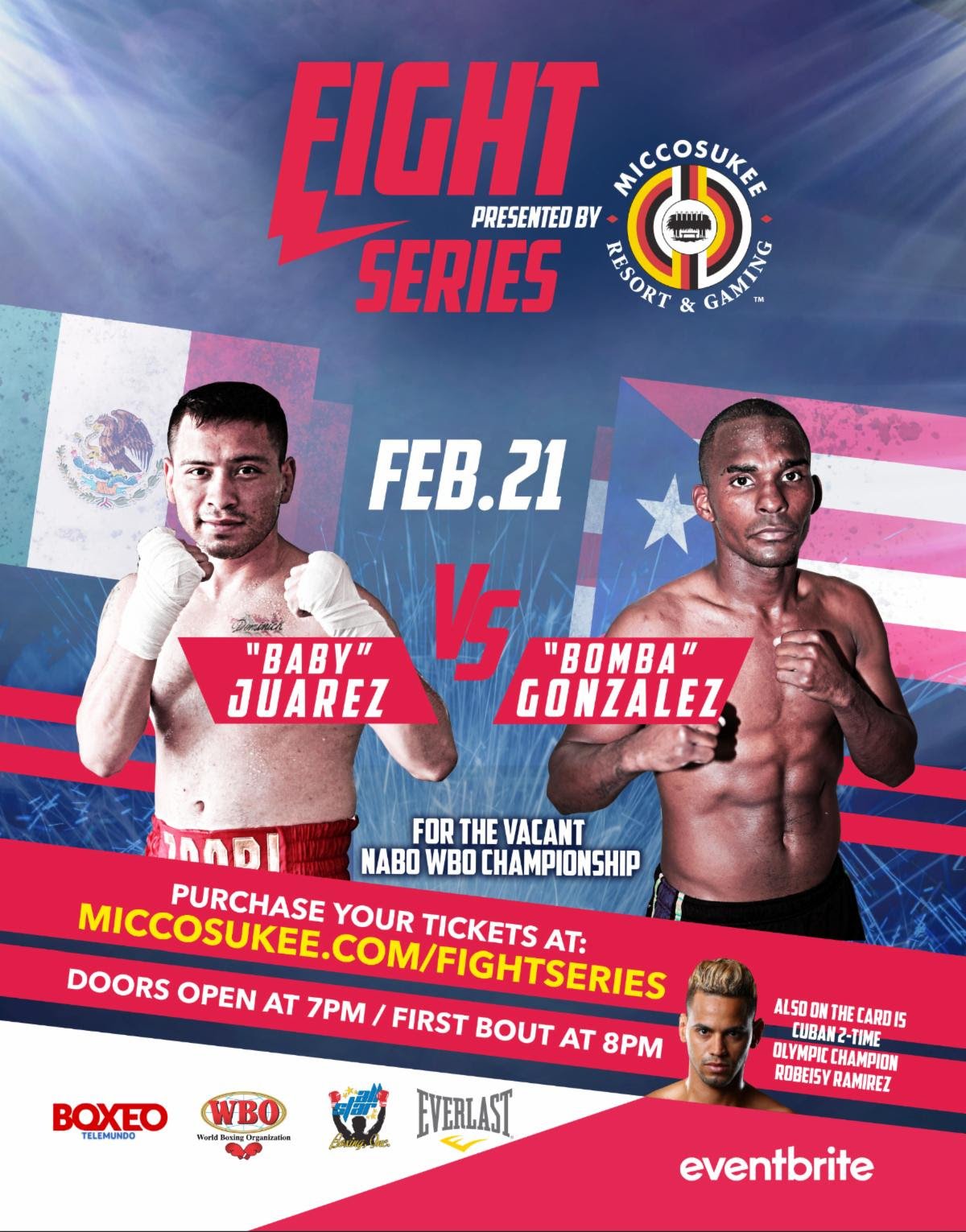 The bout is scheduled for 10 rounds in the light flyweight division with the WBO/NABO title in play. The showdown will mark the return of the series back to the Miccosukee Resort & Gaming in Miami, Florida presented by Felix “Tuto” Zabala, All Star Boxing, Inc.

The undercard features a slew of talent from Hispanic regions and Olympic pedigrees. 2x gold medalist (London 12′ Rio 16′) Robeisy Ramirez(1-1) of Cienfuegos, Cuba squares off against Rafael Morales(3-0) of Laredo, Texas in the Co-main event of the night over 6 rounds. Ramirez will be making his Miami debut were a big community of Cuban immigrants reside.

Rio 2016 Olympian and nearby Kissimmee native Antonio Vargas(11-1 5 KO’s) squares off against Juan Centeño(4-4 1 KO) of Managua, Nicaragua over 6 rounds. Vargas will be fighting for the 8th time on a Telemundo card.

The Ramirez vs Morales & Rodriguez vs Alfred bouts is bought to you by All Star Boxing, Inc in association with Top Rank.

Doors open at 7 PM/EST First Bell 8 PM/EST. Tickets available by visiting Eventbrite.com/ Miccosukeefightseries or sold at the door the night of the event.