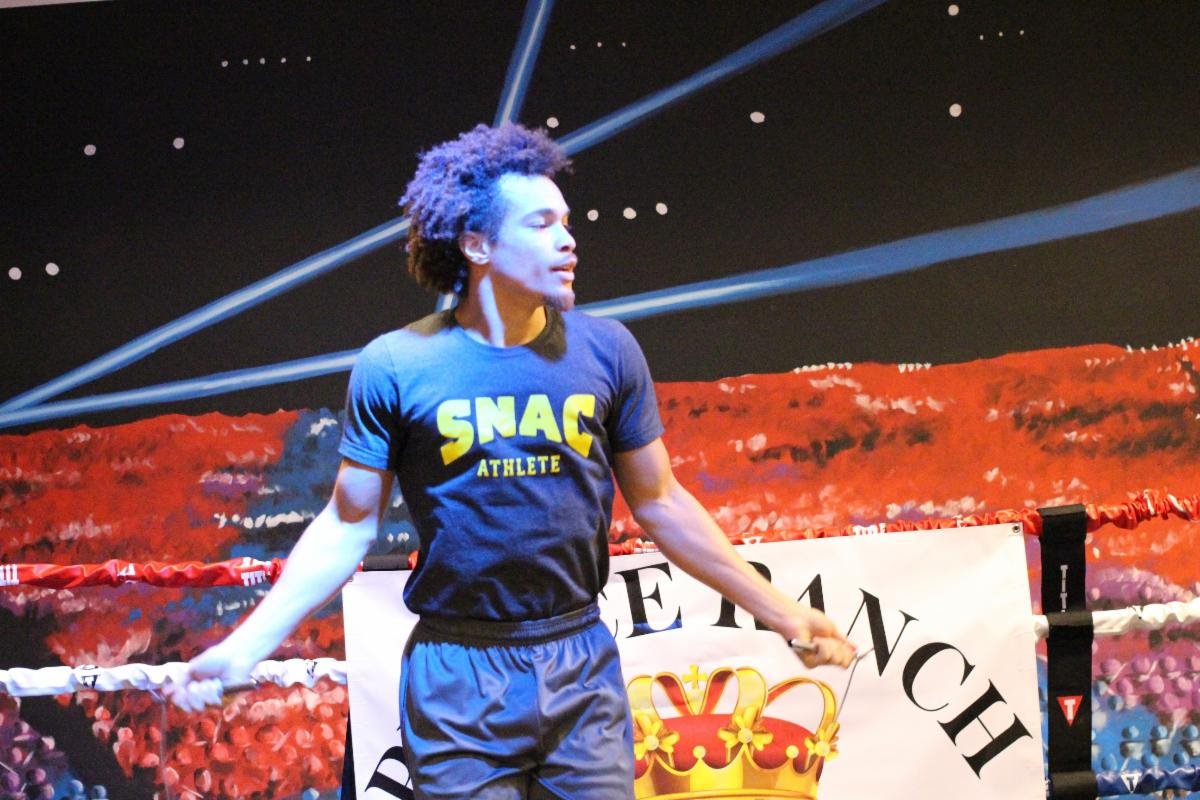 Cobbs, who is managed by Greg Hannely of Prince Ranch Boxing and promoted by Golden Boy Promotions, will make his 2020 debut as part of the of Ryan Garcia versus Francisco Fonseca card, which will air live on DAZN at 7 p.m. ET / 4 p.m. PT.

Here is what Cobbs had to say Saturday from the Nevada Boxing Hall of Fame in Las Vegas:

“This camp has been amazing. I’ve had nothing but the greatest sparring partners to get prepared for this upcoming bout. My trainer Brandon Woods has been sharpening up my tools and I’m ready to preform at my best on fight night. Everyone can expect to see the best Blair “The Flair” Cobbs possible. This is a sport filled with entertainment and I call myself “The most exciting man in Boxing”.

“On Valentines Day, I’m going to steal the show and all the fans watching on DAZN will see an amazing performance from me. My opponent, Samuel Kotey, is a tough hombre who is coming to win, but I have other plans for him. There is nothing he can do that will outmatch my skill and desire to win this fight.”

“It’s been a wonderful experience having the Mexican fans behind me being that they know that’s where I first learned how to box when I fled to Guadalajara, Mexico. It’s been a hell of a journey coming back to the United States from Mexico, where I learned to fight the Mexican style, always throwing big shots to entertain the fans. Fighting in the amateurs in Mexico, is like fighting in the pros. Sometimes we didn’t use headgear. It was crazy, but it made me the fighter I am today.”

On Friday, February 21, Russian heavyweight destroyer Apti Davtaev will make a quick return to the ring in an important eight-round showdown against fellow undefeated John Napari of Accra, Ghana.

Ever improving under the tutelage of SugarHill Steward, the powerful Davtaev will be looking to continue the brutal momentum he has been building since signing his co-promotional deal with Salita Promotions in late 2017.

“I’ve continued training at the Kronk Gym for this fight,” said Davtaev. “I look forward to another Detroit-style knockout victory over an undefeated opponent.”

“Apti is one of the biggest heavyweights and hardest punchers in the division,” said his co-promoter, Dmitriy Salita. “This will be his second fight in as many months. He will continue to stay busy and I believe he has all the ingredients to be a force in the division. This is going to be a big statement-making year for Apti.”