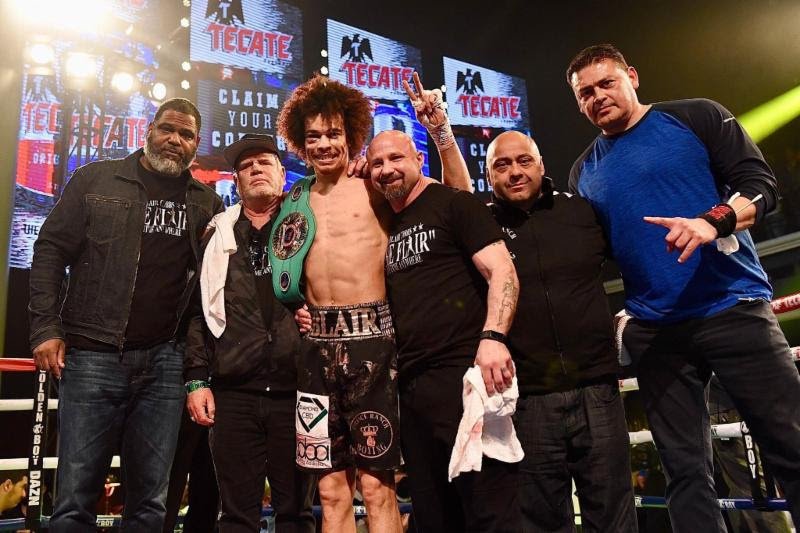 Undefeated NABF (Junior) welterweight prospect, Blair “The Flair” Cobbs (10-0-1, 6 KOs), who is managed by Greg Hannley of Prince Ranch Boxing and is promoted by Golden Boy Promotions, returns to the ring this Friday, June 21, 2019, at the Fantasy Springs Resort and Casino in Indio, CA. Cobbs will face Robert Redmon Jr. (7-1-2, 6 KOs) in an 8-round bout shown live on DAZN as the opening bout of the telecast.

In his last fight, Cobbs scored an impressive unanimous decision against former unbeaten foe, Ferdinand Kerobyan (11-1, 6 KOs), capturing the NABF (Junior) welterweight title in the process. After that hard-fought victory, which took place in Kerobyan’s back yard, Blair is confident that he has what it takes to make a world title run.

“When I defeated Kerobyan in his hometown, I felt I took my career to the next level,” said a confident Blair Cobbs. “All the hard work is paying off and now its time to get back in the ring and continue my journey toward a world title. I’m in a tough fight against a hungry fighter in Redmon, who is coming off a win just a few weeks ago. I know he’s going to be ready, so I’m prepared for a challenging fight. My path to a world title shot is shaping up nicely. With a few more fights I’ll be ready for anyone.”

“Since his spectacular win against Kerobyan, Blair has been in the gym getting ready for his next fight.” said Cobbs’ manager, Greg Hannely of Prince Ranch Boxing. “We know Redmon is coming in with a lot of confidence being that he just fought, but Cobbs is on another level and his superior talent will show this Friday.”

Cancio vs. Machado II is a 12-round fight for the WBA Super Featherweight World Title presented by Golden Boy and Miguel Cotto Promotions. The event is sponsored by Tecate, “THE OFFICIAL BEER OF BOXING,” and Hennessy “Never Stop. Never Settle.”The event will take place Friday, June 21 at Fantasy Springs Resort Casino and will be streamed live on DAZN.