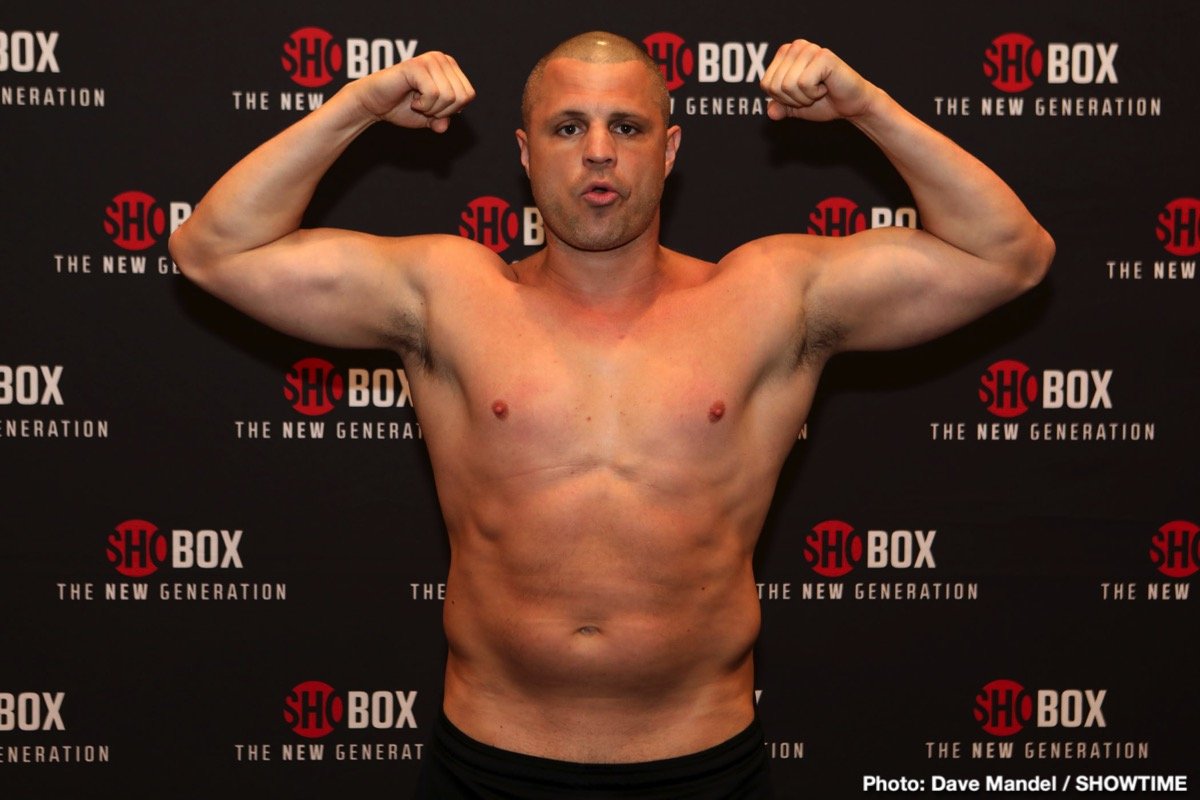 Multiple world title challenger and decorated amateur boxer BJ “El Peligroso” Flores never really had a chance. He was born into a boxing family and the now 41-year-old Flores has certainly made the most of it.

BJ started going to the gym with his father when he was four. His grandfather and older brother were also boxers. “My father wasn’t a boxer, but he learned how to coach boxing from assisting Kenny Adams,” BJ explained. “He fell in love with boxing while working with Kenny and learned his way to teach boxing. Kenny is still like a grandfather to me.”

Flores also loved football and he was offered a full scholarship to attend Brigham Young University. He took two years off from BYU to serve a mission for The Church of Latter-day Saints in Mexico, where he lived in one of the poorest sections of Mexico in Culiacan. He began training there in the same gym where legendary Julio Cesar Chavez trained as a kid. Goodbye, football.

As an amateur boxer, Flores had a superlative 110-11 record, highlighted by gold-medal performances at the 1997 National Golden Gloves and 2000 Western Trials, in addition to the 2001 & 2002 US Championships as a heavyweight. He was the only American to win gold in 2002 at the 4 Nations Tournament in Alabama versus Germany, France and Australia.

Flores targeted a berth on the 2004 USA Boxing Olympic Boxing Team, and he was a top contender, however, he received an offer from Main Events to turn pro thatBJ described as too lucrative to pass up.

“BJ’s decorated career as an amateur boxer, professional boxer, and broadcaster place him in a top tier of well-rounded USA Boxing Alumni,” said Chris Cugliari, USA Boxing Alumni Association Director. “His valuable experiences inside and outside the ring serve as great examples for the next generation of champions.”

Flores fought professionally from 2003 to 2018, compiling a solid 34-4-1 (21 KOs) record, including three major World title challenges, both as a heavyweight and cruiserweight. He captured eight regional titles, as well as the IBA and WBF World super cruiserweight championships.

During his boxing career, network officials discovered that he was a gifted boxer, as well as well-spoken, handsome and knowledgeable with a smooth delivery. More than anything else, he could effectively break down fighters and fights and instead of only noting what had happened, he explained why and what was going to happen for fans watching.

Flores’ break as an announcer came, according to BJ, after his 2008 fight against Darnell Wilson live on ESPN. “I was a 4-1 underdog against Wilson,” Flores said. “He was coming off five straight knockout victories and we were fighting in his hometown (Dover, Delaware). He was ranked No. 2 and I was No. 15. He came into the ring carrying a pillow for me, but I beat him for 10 of 12 rounds.

“I was then brought into ESPN’s studios to be interviewed. Boxing was my life! I worked with Brian Kenny and we immediately had chemistry. By the end of that year, I was an ESPN in-studio commentator every three weeks.”

Flores ended up being hired as a ringside analyst in 2012 and he became part of the PBC (Premier Boxing Champions) broadcast team on NBC. He worked with giants in boxing and media industries such as Sugar Ray Leonard, Al Michaels and Marv Albert.

Although Flores didn’t represent his country at the Olympic Games, he was a CBS Sports color commentator in 2012 and 2016. He is looking forward to calling Olympic boxing once again next year on CBS.

Kem Ljungquist Vs Senad Gashi on Oct 17 in Germany

“Anytime you can represent the USA is a tremendous honor and great opportunity,” Flores added. “I called the 2012 Olympics (United Kingdom) and in 2016 (Brazil). We called the action from a studio, but I’d love to call next year’s Olympics from ringside in Japan. I love it. Nothing else in life matters to me versus the Olympics.”

Today, Flores is a retired prizefighter living in Arizona. He still attends amateur boxing tournaments in Las Vegas and California. For the past six months he’s been training “Internet boxer” Jake Paul and, of course, BJ remains an accomplished color commentator/analyst.

When boxing fully returns on television, BJ will serve as a color commentator for The Impact Network, which plans to promote three shows a month.

Few active pro boxers have been television announcers at the same time they were fighting like Flores. Even though he’s now moved on from fighting to teaching as a trainer, he continues to be one of boxing’s most knowledgeable and popular commentators. No doubt, BJ Flores is boxing’s all-purpose guy.