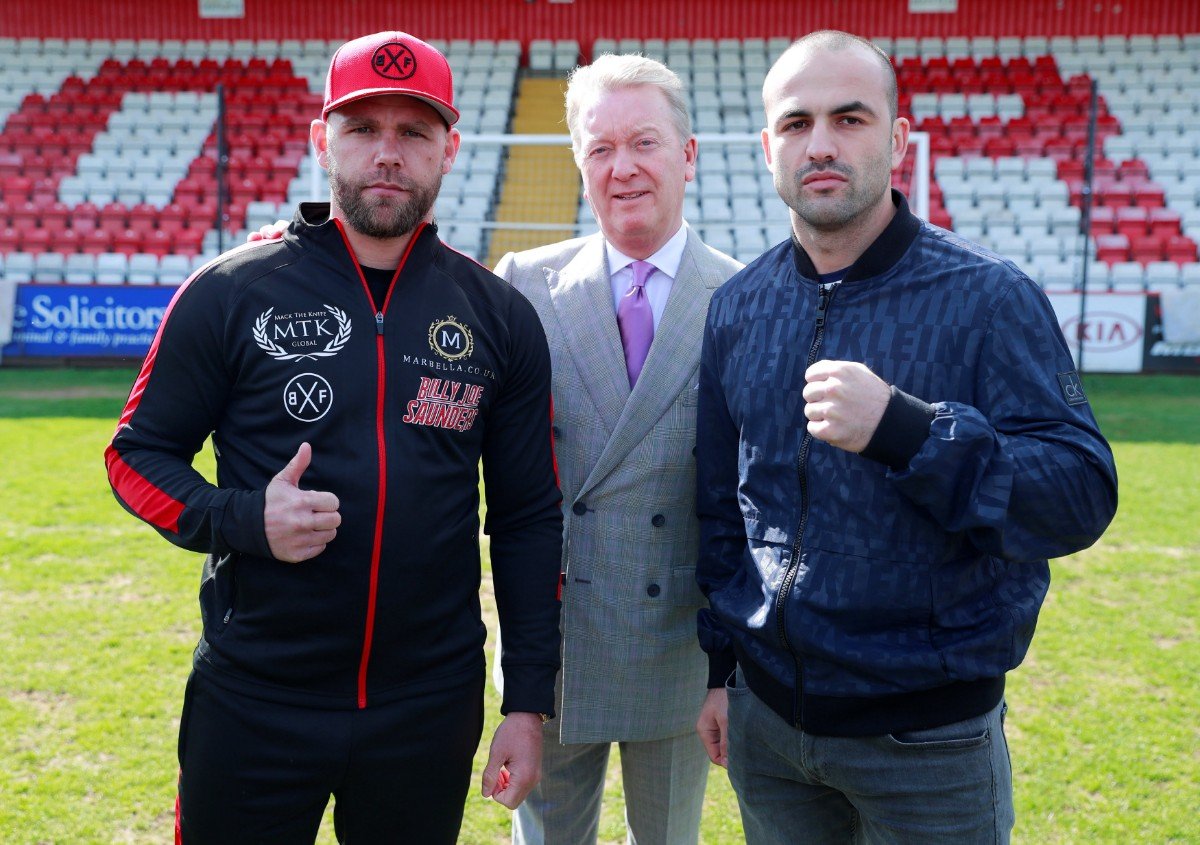 Burnett will battle Jelbirt Gomera for the vacant WBC International super bantamweight title Friday at Ulster Hall in his hometown of Belfast, Northern Ireland. The Burnett-Gomera live stream will begin at 3 p.m. ET/12 p.m. PT exclusively on ESPN+ and will also feature a compelling vacant IBF European junior lightweight title fight between Declan Geraghty and Marco McCullough. Geraghty and McCullough were roommates in the Irish amateur ranks and will renew acquaintances with a world ranking on the line.

ESPN+ is the leading direct-to-consumer sports streaming service. Fans can sign up for ESPN+ for just $4.99 a month (or $49.99 per year) at www.espnplus.com.

Saunders (27-0, 13 KOs) made three successful defenses of the title he won from Andy Lee on Dec. 19, 2015, punctuating his middleweight title run with a dominant decision over David Lemieux in December 2017. A 2008 Olympian, Saunders captured British, Commonwealth and European middleweight titles, defeating the likes of Chris Eubank Jr., John Ryder and Gary “Spike” O’Sullivan. Isufi (27-3-2, 20 KOs) has won 10 consecutive fights, most recently defending his WBO Intercontinental super middleweight belt with a unanimous decision over Mohamed El Achi in his adopted hometown of Munich, Germany.

Burnett (19-1, 9 KOs) recently signed a long-term promotional contract with Top Rank and will be competing at super bantamweight after a sterling run at bantamweight. He defeated Lee Haskins via unanimous decision in June 2017 to win the IBF world title, and four months later, he bested Zhanat Zhakiyanov to unify the IBF and WBA super world titles. Burnett suffered his first pro defeat last November when he tore his oblique while throwing a punch versus Nonito Donaire and was forced to retire on his stool following the fourth round.

Gomera (14-5, 7 KOs) is a Filipino southpaw who will be fighting for the first time outside of Asia. He is a former Filipino super bantamweight and featherweight champion and is coming off an eight-round unanimous decision win over Lloyd Jardeliza.

BILLY JOE SAUNDERS has revealed that becoming a two-weight world champion was his childhood dream.

He can achieve that lifelong ambition at The Lamex Stadium, Stevenage FC this Saturday night when he challenges Shefat Isufi (27-3-2) for the vacant WBO super-middleweight crown, live on BT Sport.

Their big showdown was initially for the interim title, but Gilberto Ramirez has relinquished and moved up to light-heavyweight meaning the full championship is now on the line.

Former WBO middleweight champion Saunders, 29, said: “I was always assured by Frank Warren and MTK that the fight would be for the full version of the world title.

“They told me not to get impatient when it was just the interim title. That is what I’ve done and it has happened to work out for the best.

“Being called a two-weight world champion sounds nice and it is good for the history books.

“Boxing is a business, but to be a two-weight world champion is something you dream of growing up and here is my chance to achieve it.

“It is the icing on the cake and I have got to deliver. It’s no good fighting for it. I’ve got to win it.”

Saunders (27-0) has spent nine weeks in Manchester training for the big fight which takes place just 12 miles from his Hatfield home.

He added: “A lot of people are expecting me to win so there is a bit of pressure on, but it is pressure I can deal with.

“I will sit down with my team, have a discussion with my management and assess my options when I’ve got the win against Isufi.

“The main thing is getting that win because the whole conversation is different if I don’t win.”