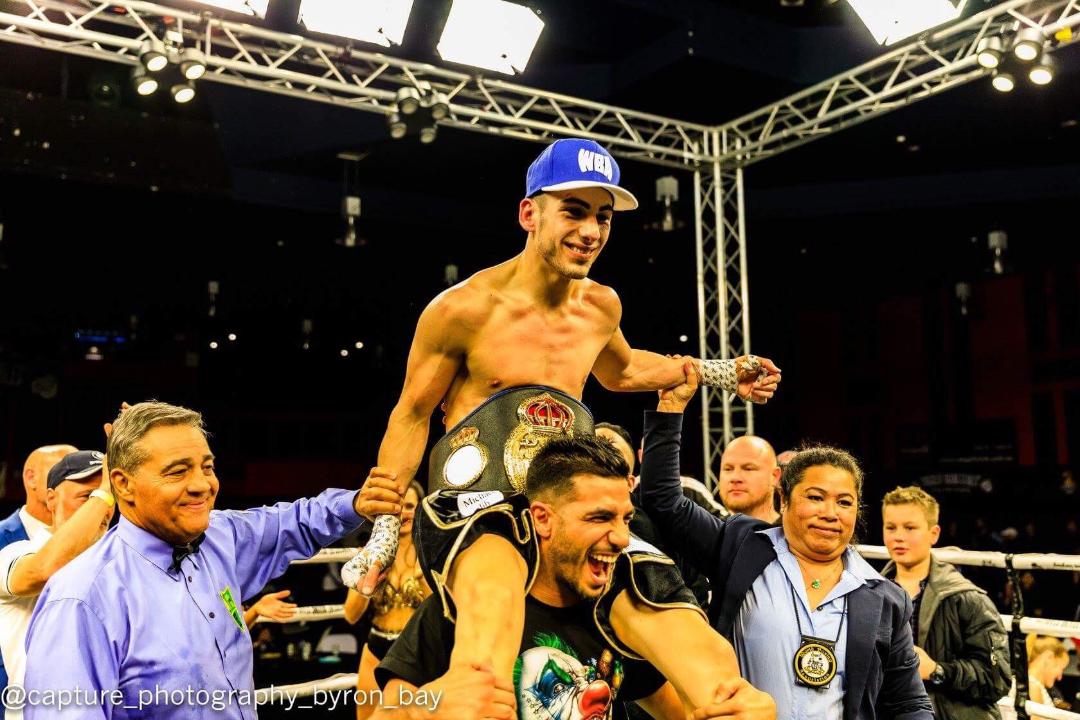 Billel Dib is still determined to land a shot at the world title in 2019 with WBA World champion Andrew Cancio appearing to be firmly on the Australian’s radar.

Cancio produced one of the performances of last weekend in what was an excellent weekend of boxing that featured the likes of Guillermo Rigondeaux and Jermell Charlo producing sensational stoppages. WBA super featherweight champion Cancio joined the knockout party himself and proved his world title victory earlier on this year was no fluke by demolishing Alberto Machado in round 3 of their world title clash.

Dib, the current WBA Oceania champion weighed in on Cancio’s performance against Alberto Machado. He said, “Congratulations to Andrew Cancio on a great performance. He is proving he is improving with every fight and that he is a deserving world champion.

“He boxed very well and he was explosive, but I would be lying if I didn’t say I saw things that I couldn’t exploit. I have very different qualities to anything that Andrew has faced before, and if his team gave me the opportunity, I would guarantee we would put on an excellent show for the fans.”

Dib has held a high ranking in the WBA for some time and currently sits at number 6 behind the likes of Abner Mares and WBA Gold champion Joseph Diaz, Dib opened up on what he would want in his next outing and furthermore in 2019.

The Australian stated, “I want to continue to move up the WBA rankings but my ideal situation would be to fight Cancio next for the world title. That is what I want and my team wants as well. If they see me as an easy defense that’s great, but myself and my team know I would be far from an easy fight for Andrew Cancio.”

Dib continued, “If I couldn’t get the Cancio fight I would love to fight Abner Mares. He is a great in the sport and he is ranked above me with the WBA so a clash with him would be a dream come true but ideally, I want Cancio next.”

Australian marquee manager Tony Tolj has added one of Australia’s hottest amateur prospect to his ever extensive stable, as he is delighted to announce that “The Dynamite Kid” Mitchel Stapleton has signed a long term managerial contract with the Perth based manager, who has been a key figure in the rise of fighters such as Chris John, Andrew and Jason Moloney amongst others.

Stapleton amassed 5 national titles as an amateur in Australia, and at the age of 19 has made the move in to the professional ranks. The New South Wales native discussed his link up with manager Tolj.

Stapleton said, “I am delighted to link up with Tony Tolj and Dragon Fire Boxing. I loved boxing in the amateurs but my ambition was always to be a success in the professional ranks, and I felt that this was the right opportunity for me to make that leap into the pro game and I am really excited to get the ball rolling.

“I have seen the job Tony has done with the likes of the Moloney twins and I believe he will be able to do the same job with myself and take me all the way to world title fights. That is what I am in this game for.”

Stapleton continued, opening up about his style and what fight fans can expect from him, “I have an all action style and I can also box when I need too. I enjoy putting on a show for those in attendance and I feel my style is more suited to the pro game. I am learning all the time but I can guarantee excitement from my fights.”

The ever busy Tony Tolj gave his take on his latest acquisition, “Mitchel Stapleton has been one of the shining lights in Australian amateur boxing for some years so I am delighted to be looking after him going forward. He is an unbelievable talent and one that I believe will go all the way in the professional game.”