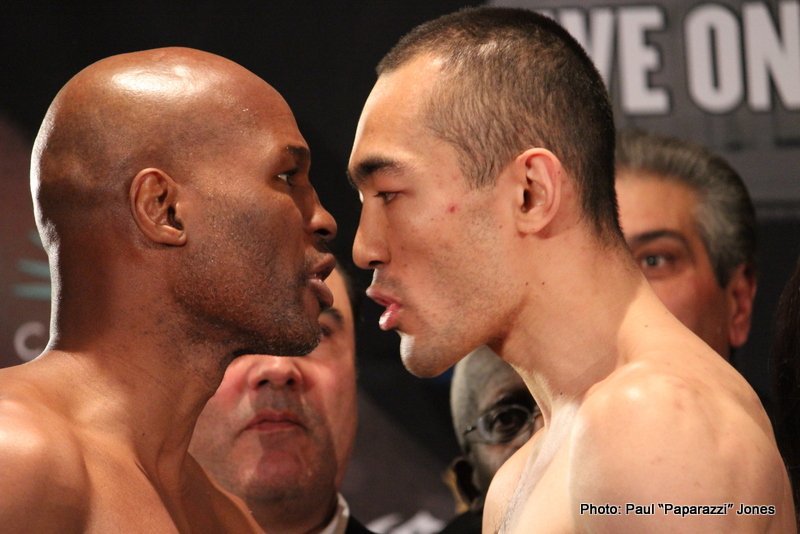 Veteran Bernard Hopkins has warned his Kazakhstani opponent ‘to get ready for school’ as he does battle this weekend looking to enhance his unique legacy.

As the oldest world champion in history and having reigned supreme in the middleweight division for over 10 years, Hopkins’ legacy in the sport of boxing was cemented long ago.

However, the man from Philadelphia, whose gripping life story has captured the imagination of so many, has warned Shumenov to be prepared to be taught a lesson as he aims to build on his incredible achievements.

“He’s motivated to fight me, he said he’s been dreaming of this all his life. Understand one thing, be careful what you wish for.” Hopkins fired. “After this is over with, let’s pray he has the career going forward. I have a track record. There’s a whole list of names that didn’t survive the mental beat down.

“Get ready for school, student. No disrespect, its logic. I am the professor with a PhD. I’m going to take his GED learning that you need more than that to make a living,” he said.

“This is really a defence of my legacy. Belts are nice, but they’re nicer when you’re younger and establishing a foundation. My foundation was laid down years ago. You get what you put in most of the time and then you get the times where you have to fight for what you want.

“Enjoy and understand that this is history. I’m defending something bigger than a title. My legendary 20 plus year legacy, is more important than anything around my waist,” said Hopkins.

The American star is also hoping that his 30-year-old opponent is at his very best, as he looks to continue his inspirational story.

“The best in Beibut will bring out the best in me. I want him to try to win every round. I want him to do this because if he doesn’t do this, you won’t see the best of me. I’ll do what I do regardless, but I don’t want to look like the worst word in America – a bully,” Hopkins said.

“This is an opportunity for me to represent the 40 and up club that is very alive in the world. Boxing and non-boxing fans are supporting me. I go and train understanding that it’s not just for me, but for you all to enjoy what is taking place while it is taking place.

“Sometimes we take personal achievements for granted. We don’t appreciate it until you get treated the opposite way. Come April 19, you will be inspired by me. The work I’ve put in all these years has already been set. Now I’m here to let you know how I feel,” he said.

Shumenov, who now resides in Las Vegas, came to prominence after he captured the WBA title in a rematch against Spaniard Gabriel Campillo.

The 2004 Olympian insists that Hopkins’ age will have no bearing on his mindset going into the fight. “You’re mistaken if you think I’m going into this as if I’m fighting a 50-year-old man,” Shumenov told Hopkins. “On Saturday night we are going to see who is taking whose belts. It’s not about money for me. I’m fighting for the honour and the glory to be acknowledged as a great fighter. I’m not thinking about future fights.

“I prepared for this fight like it’s my last. I’m a man of my word, so you’re going to see a great fight Saturday night. I want to fight the best and I am fighting the best,” he said.

The Kazakh is also looking to fight night to realise a long held dream as he looks to prove to the world that he is the best 175 pounder in a division stacked with a host of top names.

“I’ve been dreaming all of my life for this moment. I’ve been ready to fight at this level for several years. I couldn’t get there on my own. This is a good opportunity for me.,” he said.

“I am fighting one of the greatest ever, who beat so many other legends and great fighters. I am ready to show the world what I’m capable of. I will show the world that I am the best light heavyweight champion,” said Shumenov.

Hopkins vs. Shumenov is live and exclusive on BoxNation (Sky 437/490HD & Virgin 546) this Saturday night. Visit www.boxnation.com to subscribe.