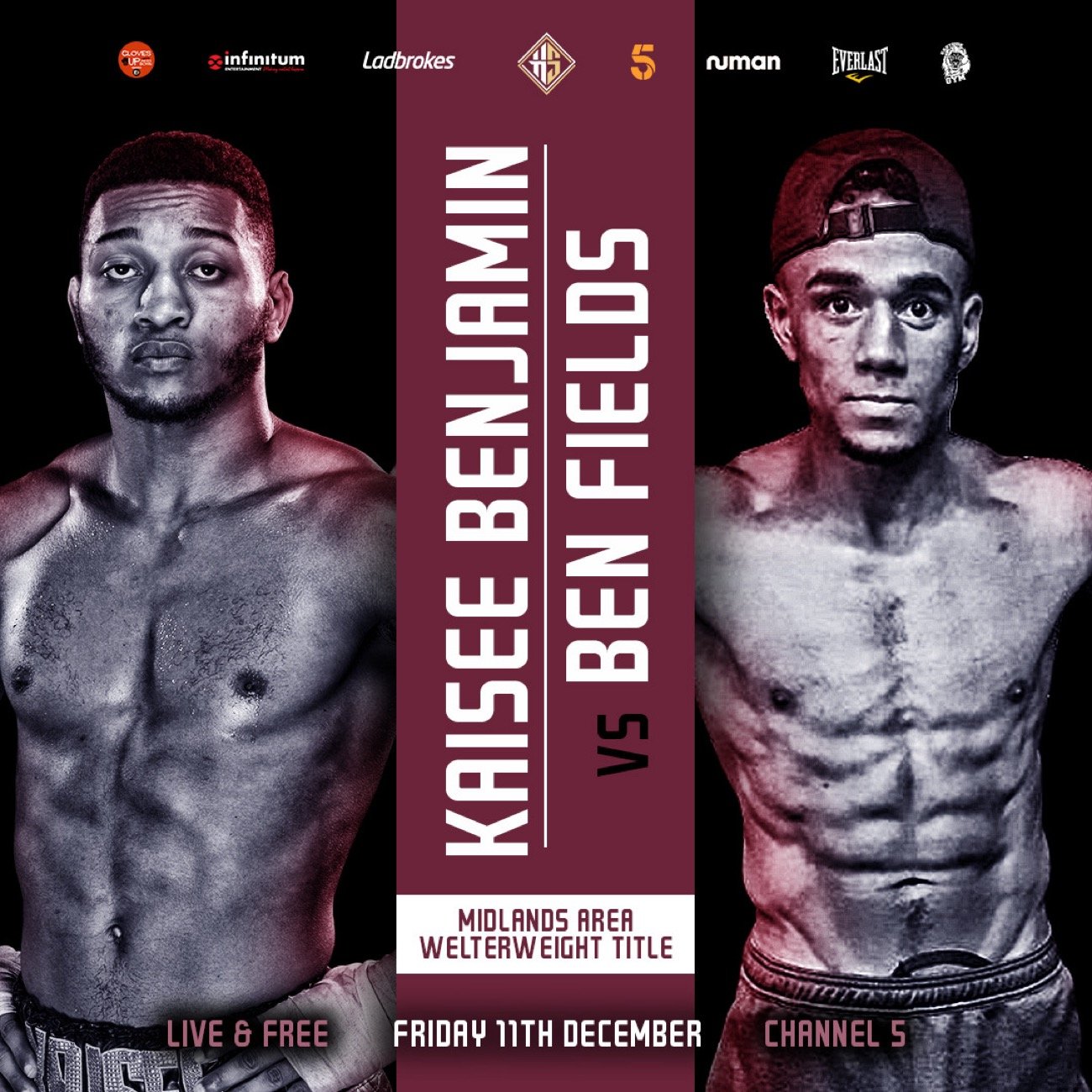 Chelmsley Wood’s Benjamin (10-1-1, 2 KO’s) defends his Midlands Area Welterweight title against Digbeth’s Fields (10-8-2) in a 10-round clash that has also pits their families head-to-head.

Benjamin is trained by father and son team Paul and Louie Counihan, while Fields is trained by Paul’s brother-in-law Shaun Cogan which will add even more spice to the fight.

The boxers are managed by renowned Birmingham fight figure Jon Pegg, who didn’t want to pit his two men against each other, but following some explosive and over-heated sparring sessions, both trainers then approached Pegg to make the fight.

Pegg, Hennessy Sports Matchmaker, said, “I don’t say it often, but I really believe it could be one of the Fights of the Year. I’ve seen them spar and they go at it hammer and tongs and then some more after the bell. It’s a real fierce local derby with plenty of animosity between them and bucket loads of pride and honour at stake. I manage both lads, but I won’t be cheering for either of them on 11th December. I didn’t want to make the fight, but both trainers came to me after a particularly heated session when they had to yanked apart and said they wanted it to happen. Throw in the family ties between Paul and Sean who are brothers-in-law and you’ve got a real barnstormer on your hands. I’m thrilled it’s on Mick’s show and I hope they settle it once and for all.”

Benjamin, 25, has made three defences of the Midlands title, but says he’ll deal with Fields in quick time to press his English title shot as he’s the mandatory challenger to Champion Ekow Essuman. Due to COVID-19 pandemic, Essuman has an impending British title shot, but won’t release the English title until that is confirmed.

“I’ll deal with Fields easily,” Said Benjamin. “He gives it large during sparring but lets see if he can do it for real in the ring. I’ll shut him up and then focus on bigger things like my English title which I’m long overdue a shot at. I’m not involved in the Paul and Sean situation, that’s between them. This is between me and Fields. It won’t go the distance with Fields, he’s getting taken out early.”

Fields, 31, has incredibly turned his life around through boxing. The former drug addict was down and out but found salvation in boxing at 23 and in his last fight defend the odds and won the Midlands Area Super-Lightweight title.

“I’ve dealt with harder stuff in life that Benjamin,” Said Fields. “I’ve fought my way back from rock bottom and I’m not letting anything get in my way. It’s been sparring up until now, lets see how he does for real. Remember, we spared with big gloves and headguards and now it will just be the little gloves.”