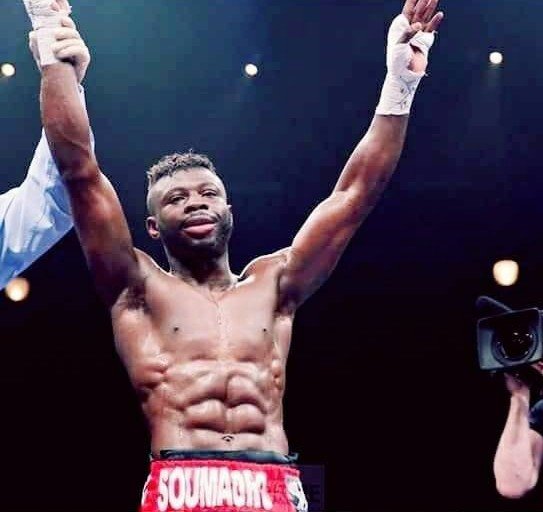 The 25 year-old Soumaoro is out of Montreal, Canada by way of Conakry, Guinea and Havana, Cuba.

He has amassed a professional record of 6-0 with three knockouts.

Growing up in Havana as a youth he enjoyed walking, playing soccer, going to school and learning. During this time he was introduced to karate and taekwondo. He did not pursue those sports because in 2008, he moved to Blainville, Quebec to live with his sister. It was while watching television that he discovered an interest in boxing.

After a 53-fight amateur career, he turned professional on April 8, 2017 with a 1st round stoppage over Antonio Vergara.

Soumaoro has continued his success as he has made two starts this year. In his last bout, he stopped Ramon Urbina in one round on September 15th in Managua, Nicaragua.

He considers himself as a counterpuncher as he is heavily influenced by future Hall of Famer, Juan Manuel Marquez.

“I started boxing at age 15 after watching fights on television. I started fighting a little bit in the streets when I was in Guinea,” said Soumaoro.

“I am happy to sign with Banner Promotions. My manager Otis Grant has said great things about Banner Promotions, and I see big things. I am happy. This is going to be a good journey. I am ready to make a statement, and realize my American dream.”

“We are happy to add Mohamed to our roster,” said Banner Promotions President, Artie Pelullo. “His manager Otis Grant has glowing things to say about him, and we feel that we will take him to the next levels of the sport. We look forward to helping him develop into a future champion.”

Amateur standout and 5-Time National Champion, Ricky “El Castigo” Medina (1-0, 1 KO), who is managed by Prince Ranch Boxing’s Greg Hannley and promoted by TMB & PRB Entertainment, is scheduled to return to the ring on December 1, 2018, at the Scottish Rite Theatre in San Antonio, TX. The hometown hero will battle an opponent TBA in his second pro fight, which will be a four-round bout.

“I’m eager to get back in the ring and give my hometown fans another great performance,” said Ricky Medina, who scored a third-round TKO in his pro debut. “I’m working hard in the gym and I’ll be at my best when I step in the ring. The ultimate goal will be to score another knockout.”

At only 18-years old, Medina, who is a senior at Lanier High School in San Antonio, gives his thoughts on being a professional fighter while still attending high school.

“It’s great that I’m able to fight professionally while I’m still in high school, because I have a lot of friends that come to see me fight.” Medina continued. “I’m hoping to have a bunch of teachers attend as well. I’m starting to build up a nice fan base. I’m hoping it grows with each fight.”

The entire card will be streamed via Facebook’s FIGHTNIGHT LIVE channel, which has already served more than three million fight fans since May 2017.