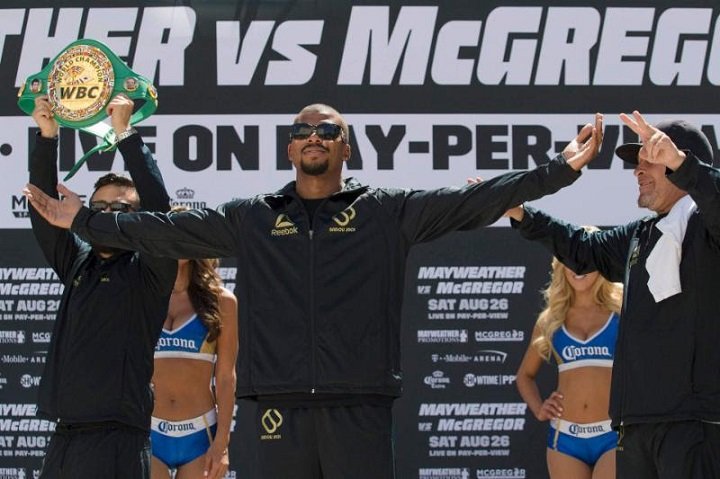 After an emphatic debut in the light heavyweight division, two-division world champion Badou Jack is looking to use 2018 to prove that he is the top 175-pound fighter in the world and one of the best pound-for-pound fighters in the sport.

“I am 100 percent confident in my ability to take on and beat anyone in the division,” said Jack. “I’m the newcomer at light heavyweight, but I already proved I belong. I’m putting all the light heavyweights on notice.”

Jack’s light heavyweight debut saw him challenge WBA champion Nathan Cleverly in the co-main event of the Mayweather vs. McGregor blockbuster showdown in August in front of millions. Jack dominated the action from the outset and stopped the champion in the fifth round to become a world title holder in a second weight class.

“After my win against Cleverly, I’m ready to target the biggest fights out there,” said Jack. “I know that if I perform up to my abilities, I’m going to set a path toward unifying the titles. I just have to take it one fight at a time.”

Jack began 2017 by putting on a sensational performance in a Fight of the Year candidate against then IBF Super Middleweight World Champion James DeGale. The unification showdown on January 14 at Barclays Center in Brooklyn ended in a controversial draw, despite most ringside observers scoring the fight in Jack’s favor.

“Setting myself up for success for next year wouldn’t be possible without having a great 2017,” continued Jack. “Kicking off the year with the unification fight against James DeGale was the best way to start, and even though I got robbed, it was a big night for me and my team. I learned a lot and definitely gained new fans here and abroad.”

Born in Sweden and fighting out of Las Vegas, the 2008 Olympian for his father’s native Gambia is a world champion in the truest sense of the word. Jack has been nominated this year for the second time in his native Sweden for the Male Athlete of the Year award at the prestigious Svenska idrottsgalla. But no matter what happens in the ring, Jack’s biggest win will be upcoming birth of his second child in March.

“I was able to spend a lot of time with my family in 2017 and I always cherish that,” said Jack. “Balance is key in this sport and in life. With another child coming, I’m looking forward to continuing to follow my dreams as a father, husband and a world champion.”

With big fights and a new addition to the family on the way, Jack knows that this is the year to capitalize on his status as an international world champion to bring him to new heights, including business and charitable endeavors that will be announced in 2018.

Read:  Tommy Welch aims to do a seek and destroy mission in Italy this Saturday

“I have strong roots and I carry my heritage with me every time I enter the ring,” said Jack. “I have a responsibility to be humble and be the people’s champion. I visited a lot of new places in 2017 and it really expanded my view of the world. I’m ready to take on the year ahead and make my team, family and fans proud every time I get the chance.”