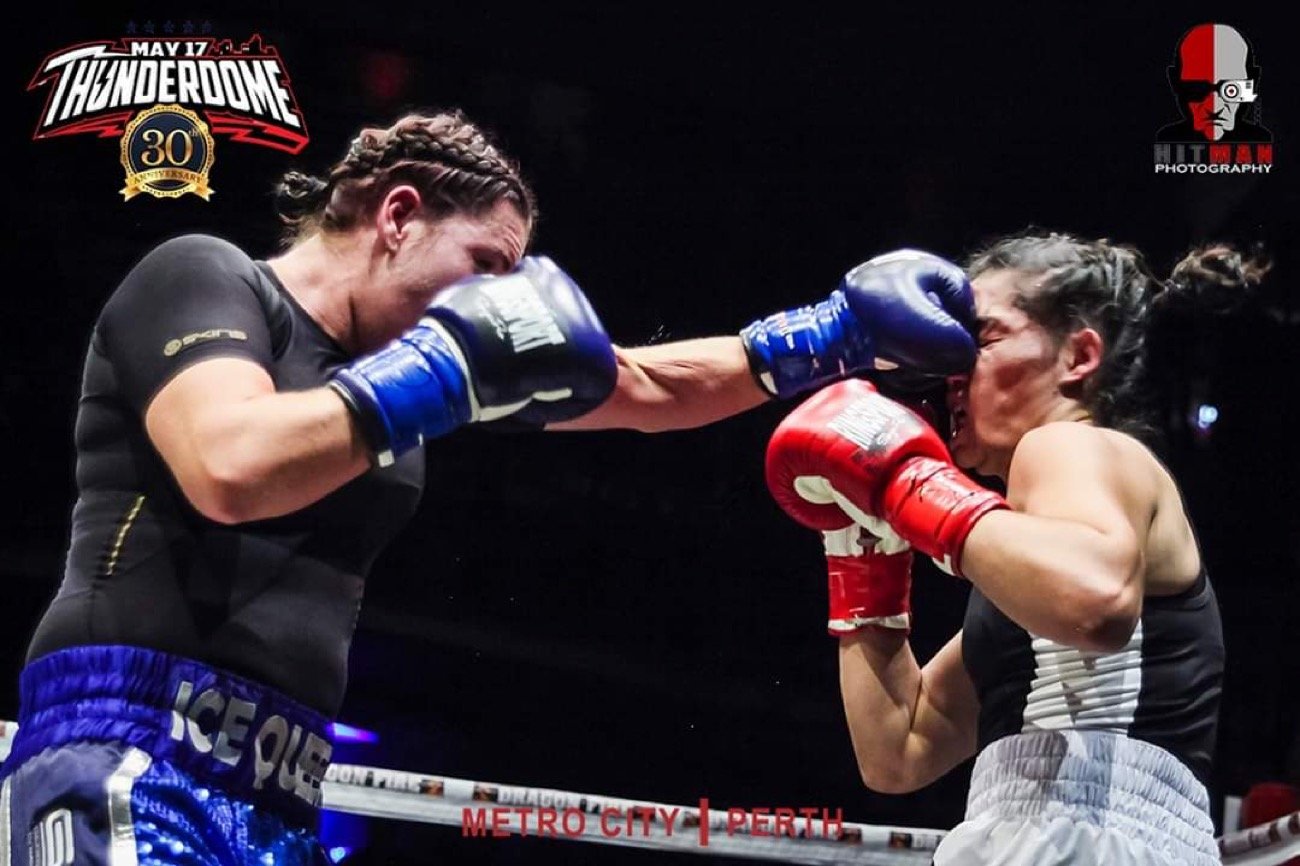 wo weight Australian Champion Kylie Hutt has broken into the world rankings, as she was announced in the top 10 with both the IBF and WBC.

Known as the ‘Ice Queen’, Hutt Has been on a role since linking up with Dragon Fire Boxing and Oceania Boxing juggernaut Tony Tolj. Since their link up, Hutt has captured the Australian title in a second weight class, propelling her into the world ratings.

Hutt opened up about her progression under the guidance of Dragon Fire Boxing and the news of breaking into the world rankings. The Ice Queen said, “I am absolutely delighted on how my career has progressed under Tony and Dragon Fire in such a short space of time. Tony has delivered everything he has promised and really showed that he is the best managers in the world today.

“I was really happy with my last performance and I know I am continuing to progress constantly and that is the fire that is really driving me to become a champion. When I set out in boxing I just wanted to become an Australian Champion but I believe I am going to be presented with opportunities to win more titles, even on a world stage.”

Hutt continued, as she described her emotions when the news broke she had been listed in the WBC and IBF’s world ratings. “I was overcome, it’s something I only dreamt about when I started boxing and it’s now a reality. It is a massive motivation to keep improving and push myself to the next level and I believe I have the team around me that can do that.

“At my weight Claressa Shields is champion. She is a great champion and I massively respect her. Fighting someone such as Claressa has always been a dream but that dream is closer to being a reality now, so why not shoot for the stars, worst that can happen is you land in the clouds I guess.

“I feel I have some unfinished business in Australia, but the world is my oyster, and I am coming for world titles because why not!”

“I always try to do my best for my fighters and give them the best opportunities. Kylie is on the brink of some fantastic opportunities in the near future, so I expect her to keep working hard and becoming successful off the back of that.”