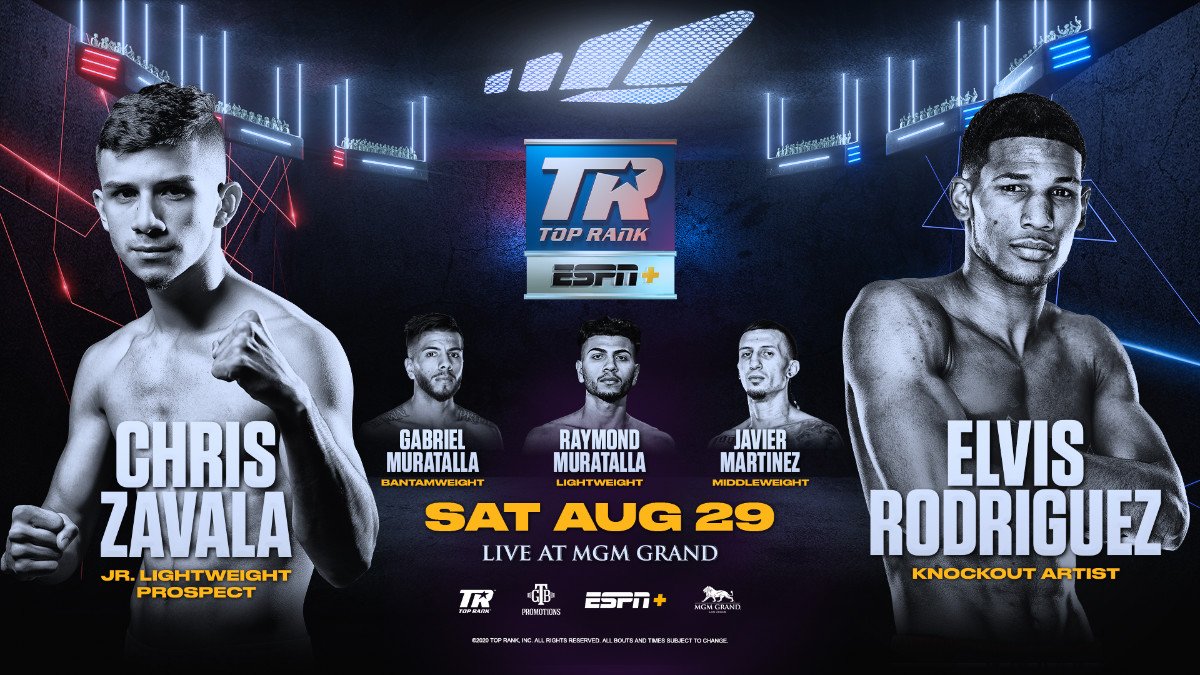 Rodriguez will fight Cody Wilson in a six-round welterweight bout as part of the exclusive undercard stream on ESPN+ (7:30 p.m. ET).

“I like staying active and putting on a show for the fans,” said Rodriguez, who is trained by the legendary Freddie Roach. “You’ve seen two big knockouts from me inside the ‘Bubble,’ and I don’t see my third fight being any different.”

Rodriguez (8-0-1, 8 KOs), like many of his nation’s sporting heroes, started on the baseball diamond. He soon found out he enjoyed fighting more than pitching and hitting, and thus began his ring journey.

Following a successful amateur career in his homeland, he turned pro in November 2018 and signed with Top Rank early the following year.

Apart from a headbutt-induced technical draw, Rodriguez has knocked out every opponent he’s faced. He made his “Bubble” debut July 2 and knocked out Danny Murray with a power jab in the opening round.

Nineteen days later, he stopped Dennis Okoth with a left cross in the second round. Wilson (9-2, 6 KOs), from Fairmont, W.V., has won four fights in a row and has yet to be knocked out as a pro.