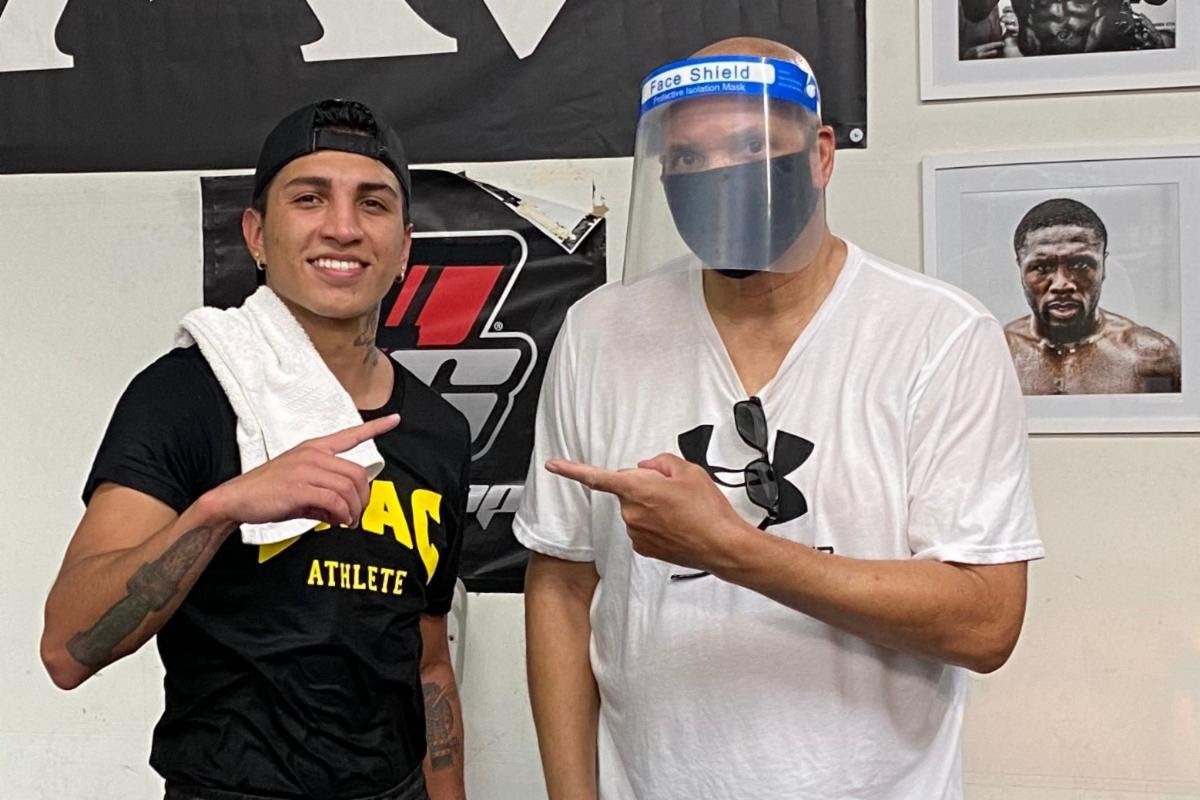 Undefeated WBA Super Lightweight champion, Mario “El Azteca” Barrios (25-0, 16 KOs), has arrived in the Bay Area, CA, to start training camp with his coach, 2011 Trainer of the Year, Virgil Hunter. Barrios is scheduled to defend his title against Ryan Karl (18-2, 11 KOs) in a 12-round bout as part of SHOWTIME / Premier Boxing Champions PPV Doubleheader on September 26, 2020.

Barrios vs. Karl will be the co-feature to the 12-round unification bout, showcasing Jermell Charlo (33-1, 17 KOs) vs. Jeison Rosario (20-1-1, 14 KOs) for the WBC, WBA, and IBF 154-Pound titles. Jermall Charlo (30-0, 22 KOs) vs. Sergiy Derevyanchenko (13-2, 10 KOs) for the WBC Middleweight World Championship will be the opening main event on the two-part SHOWTIME / Premier Boxing Champions PPV.

“I’m extremely excited to be defending my title on SHOWTIME against a tough opponent like Ryan Karl,” said Mario Barrios, who was the first fighter to capture a world title from his hometown of San Antonio, TX, in the last 25 years.

“I wanted to get a full training camp with Virgil, so I made the decision to get out to the Bay Area as soon as my fight was announced. Right now, Virgil and I are working on a great strategy for this upcoming fight.

“I came to camp in great shape as me and my dad Martin were putting in a lot of hard work back home. I’m going to be ready to put on a great performance come September 26th.”

Mario Barrios captured the WBA Super Lightweight title with a gritty performance last September, defeating a tough undefeated fighter in Batyr Akhmedov, a fight that happened close to a year ago. Barrios is ready to take his career to the next level.

“Now that I’m champion, I’m working harder than ever to keep my belt.” Barrios continued. “I more dedicated now than ever to stay on top. I know with hard work, I’ll become one of the biggest names in the sport. I’m very grateful to my team and the fans for all their support. Everyone can expect me to take my career to new heights.”

NEW YORK (July 29, 2020) – Split-T Management is proud to announce the signing of amateur standout Haven Brady to a managerial contract.

He will campaign at 126 pounds in the professional ranks.

“Split-T Management is a great company that has produced many talented fighters. That gives me the confidence that that they can take me to where I want to be, and that is being a world champion,” said Brady.

Said David McWater, CEO of Split-T Management, “Haven is really a special young man. He’s a star in the ring, but also was a top flight student who graduated high school with honors, and while in high school, he accumulated tons of college credit. That kind of work ethic and dedication speaks to just how special he is.”

Brady began boxing at the age of 12 because he wanted to do something different and be involved with a solo sport. He also wanted to learn to defend himself.

That spawned an amateur career that saw him go 65-10 with 30 knockouts. Besides winning the Jr. Nationals, Brady won the 2019 Eastern Qualifiers and 2019 Jr. National PAL.

Brady was influenced by Floyd Mayweather and Thomas Hearns, and compares his style to Gervonta Davis.

“You will see power, power and more power out of me.”

In his spare time, Brady likes to spend time with his family, play basketball and give back to his community.

He trains at the Soul City Boxing Gym in Toledo, Ohio under the guidance of Otha and Roshawn Jones, and alongside his Split-T Management stablemates Charles Conwell, Isaiah Steen and Otha Jones III.

It was Jones who introduced Brady to McWater.

“I am learning to expand my boxing, so I not only have power but can box and adapt to any style

“Dave McWater is a very good man, firm on his word. I know what he will do for me and, he is connected to the big people in boxing.”

“15 years from now, I will be a multi-Division world champion and a role model for the youth.”

When home in Albany, Brady trains at The Beat The Streetz Gym.

“I have been waiting to turn pro for a long time. It is time to go to the next level.