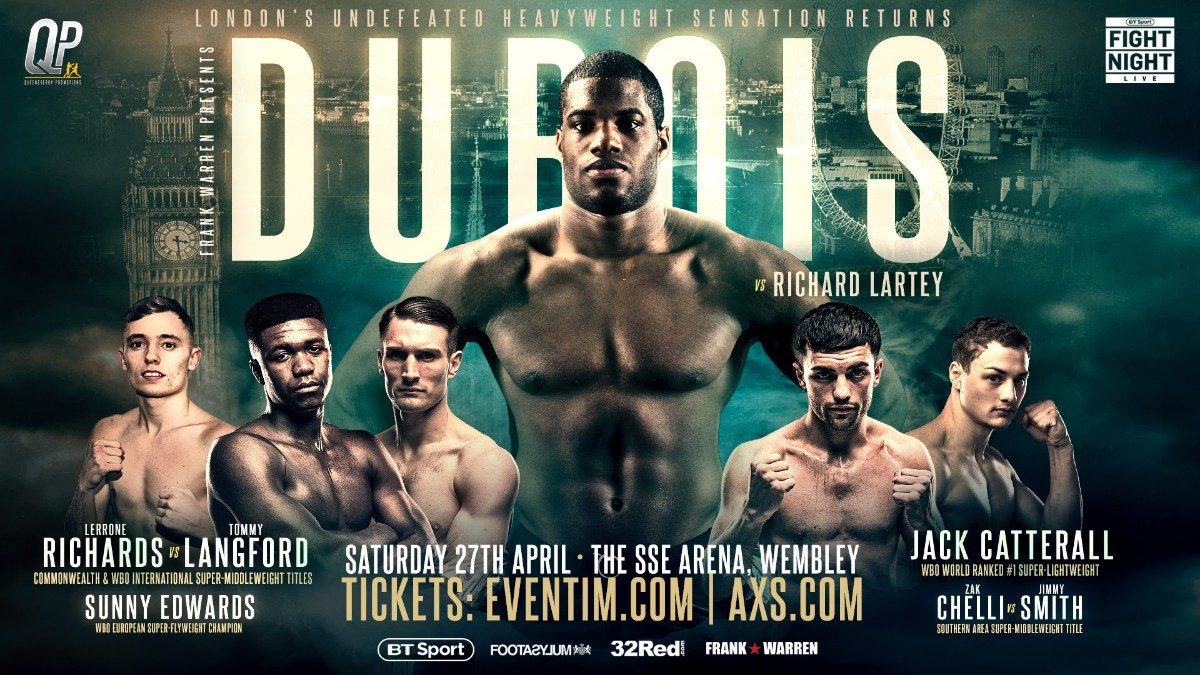 ARCHIE SHARP WAS thinking big when he made public the name of the fighter he would relish sharing a ring with.

The perfect name in the frame for the unbeaten 24-year-old is Lee Selby, the former IBF world featherweight king, who was memorably unseated by Josh Warrington at Elland Road last May.

After being parted from his belt in Leeds, Selby has since jumped up two weights and, last time out, collected an IBF Intercontinental strap following victory over Omar Douglas in London.

Now Sharp, 14-0 and holder of the WBO European title, is not kidding himself and knows full well that Selby is not about to offer himself up as an opponent to enhance the record of ambitious young contenders.

But the Kent-based super featherweight fully believes in himself and is confident he would emerge victorious from mixing in such illustrious company.

“Yeah they are definitely fights that I want and I know I am ready for that sort of fight,” insisted Sharp, who put an end to the unbeaten record of Lyon Woodstock in his last fight back in October. “Obviously, looking at the business side of things, he isn’t gonna be interested in it, but I know that I am at and beyond that level.

Sharp is back in the ring after recovering from injury at the SSE Arena, Wembley on April 27, from which point he intends to significantly accelerate his progress towards the top of the super featherweight tree.

“I know where I am going in this sport and I’ve got a little plan to be in world title fights in the next 18 months. Within that time I will be at world level, mixing with the top fighters, for sure.”

Archie Sharp returns to action on April 27th at The SSE Arena, Wembley for his first outing since claiming the WBO European title.

‘Sharpshooter’ has openly spoken about past experiences with mental health and with the help of a coach, learns from his past demons by focusing on positivity and the importance of a strong mind to further his boxing career.

Archie explains how a strong mind has done wonders for not only his boxing career, but his general well-being too.

“My mind is so strong now because of my mind coach, I saw her before I turned pro and I was in a bit of a bad place towards the end of the amateurs, things weren’t great for me, so I deal with the mental health side of things.”

The Welling-boxer will appear in the ring on April 27th for the first time since defeating domestic rival Lyon Woodstock back in October 2018.

The Woodstock victory was Sharp’s ‘coming out’ fight after beating the popular Leicester lad in his own back yard at the Morningside Leicester Arena in front of the BT Sport cameras.

The contest came with new experiences for the undefeated 23-year-old after Woodstock opted to be the protagonist in a feisty build up.

“For the Woodstock fight, my mind was so strong and as you saw, I got the result I knew I was going to get.

“When they were talking to me and trying to get on my case, I was never out of control and I knew exactly what I needed to do.

“To be honest with you, I was mentally in control from the first press conference to the end of the fight.

“When I came into that ring on fight-night I was so zoned-in with what I needed to do and that is why I got the job done.”

Along with his fledging boxing career, now boasting a 14-0 record with seven knockouts to his name, the Welling man also focuses on using his past mental health experiences to help others.

“I go and do workshops for young kids and adults to talk about mental health because it all plays a part.

“I’ll use it for the rest of my life and will use it to help other people with it. It’s incredible to see what you can do when your state of mind is so strong.”

“I know exactly where I want to be in this sport. The next 18 months, I have a little plan which includes world title fights. In the next 18 months I’ll be at world level and mixing it with the top-level fighters for sure.

“I know how good I am as a fighter and I now believe it; I mentally believe it.”

Chorley-boxer Jack Catterall will be in action as he edges ever-closer to a world title challenge. Rangy Super Welterweight talent Hamzah Sheeraz will be back out after his impressive win over Rod Douglas Jnr. Hard hitting middleweight and Peacock gym product Denzel Bentley (9-0) and Belfast amateur middleweight star Caoimhin Agyarko will also return to action. There are Queensberry debuts for unbeaten welterweight Chris Kongo (10-0) and Sheffield middleweight Shakiel Thompson (2-0) – with Thompson being tipped by sparring partner Billy Joe Saunders as a star for the future. Ilford Super Middleweight Umar Sadiq (4-1) also returns as he looks to rebuild after his first career loss. Tunde Ajayi trained lightweight Bilal Ali (1-0) will have his second professional fight after making a successful start to his pro career, with Hoddesdon super lightweight Alfie Price set for his fifth.