Boxing is back live on BT Sport for a second consecutive week, this time boasting a World Title fight. The action kicks off tomorrow night, live on BT Sport 1 HD at 7pm. US fight fans can watch at 4 p.m. ET/1 p.m. PT LIVE on ESPN+ from London (click here).

Mthalane, who is undefeated since 2008, will defend his IBF flyweight world title in the main event against London native Sunny Edwards. In the co-feature, longtime featherweight contender Conlan will make his junior featherweight debut in a 12-rounder against noted spoiler Ionut Baluta.

Promoted by Frank Warren’s Queensberry Promotions, Mthalane-Edwards and Conlan-Baluta will stream live and exclusively in the United States on ESPN+ at 4 p.m. ET/1 p.m. PT. Undercard bouts are scheduled to begin live on ESPN+ starting at 2 p.m. ET/11 a.m. PT.

“This is a big step up for Mick, as Baluta has pulled off quite a few upsets and is motivated to do so once again,” said Top Rank chairman Bob Arum.

“Mick is close to a world title shot, and I expect him to be at his very best April 30. I am also pleased that American fight fans will have an opportunity to watch the sensational Mthalane, who is in tough against the young Edwards.”

Conlan (14-0, 8 KOs) is back after a disappointing 2020 that started with the COVID-related cancellation of his annual St. Patrick’s Day bout in New York and ended with an ankle injury suffered while training in November.

He is ranked No. 1 by the WBO and No. 8 by the WBA, and he could be in line for a world title shot with a victory over Baluta (14-2, 3 KOs), a Romanian who is used to overcoming long odds. Last March, Baluta stunned former junior featherweight world champion, TJ Doheny, via an eight-round unanimous decision, and six months later, he knocked out Conlan’s 2016 Irish Olympic teammate Davey Oliver Joyce in the third round.

Conlan said, “I’m very excited to get back in the ring against Ionut Baluta on April 30. I know how tough of a fighter Baluta is, but I’ve been training hard since shortly after my last win in August and will be well prepared for victory. I’m looking forward to putting on a great show and can’t wait to get back in the ring.”

Mthalane, 38, won his first world title in November 2009 with a unanimous decision over Julio Cesar Miranda for the vacant IBF crown.

He reclaimed the IBF world title in July 2017 with a narrow decision win over Muhammad Waseem and has since defeated a trio of Japanese challengers: Masahiro Sakamoto (TKO 10), Masayuki Kuroda (UD), and Akira Yaegashi (TKO 9).

Edwards (15-0, 4 KOs) has fought his last two bouts at junior bantamweight, but he returns to flyweight for a crack at one of boxing’s most celebrated champions. He last fought at flyweight in September 2019, dominating Rosendo Hugo Guarneros to win the vacant IBF International and WBO Intercontinental straps.

“Moruti is the most criminally underrated fighter, having not lost in 13 years, and he is a proper, proper threat,” Edwards said. “This is no gimme or easy world title fight — it is very, very far from that.

I asked for this fight and, if you look back at press conferences or interviews, you can see that I have wanted it for some time. In my head, this is what was coming to me and it is finally here, and I have got what I wanted.”

FEROCIOUS PUNCHING SUPER featherweight Ryan ‘The Piranha’ Garner will make his long-awaited return to the ring, with the Southampton starlet having been added to the undercard of the IBF world flyweight title encounter between Sunny Edwards and the decorated champion Moruti Mthalane on Friday April 30, live on BT Sport.

In chief support to Sunny’s shot at the star from South Africa, Belfast favourite Michael Conlan enters into his opening assignment at super bantamweight against the in-form Ionut Baluta from Madrid, plus Troy Williamson and Kieran Smith will do battle at super welterweight in a final eliminator for a British title challenge.

Garner, 23, has long been touted as one of Britain’s brightest prospects and he last saw action in February of last year in the final Queensberry show before lockdown restrictions took hold. Several setbacks over the last couple of years resulted in his promising career threatening to not reach its potential, but the 9-0 Garner is determined to push on and move from strength to strength.

“I cannot wait to get back in there after more than a year and I am in the best shape – both physically and mentally – that I have ever been in,” said the Wayne Batten-trained puncher, who takes on Birmingham’s Paul Holt over six rounds. “It is up to me to make it count and put on a show.

“This is a sort of relaunch for my career and I will give it my absolute best shot. There is no turning back for me and once I get this fight and maybe one more under my belt, I want to jump into big fights that will really show everyone what I am all about.

“I intend to remind people who watch boxing why I was considered one of the best young talents a couple of years ago. My apprenticeship is coming to an end and I want to be in the title mix by the end of the year.

“This is an amazing show to be on, headlined by a big world title fight, which is where I want to be before too long.”

Reading’s Joshua Frankham goes into his third fight at super welterweight, having made his debut in September of last year and moved to 2-0 in November.

“I am so happy and grateful to be out for a third time since restrictions came in last year,” said the 22-year-old. “I know I am lucky and I am being well looked after by Frank Warren, so it is up to me to repay the faith that has been shown in me and put on a big performance.

“I was pleased with my first two fights, but there is so much more to come from me and I want to showcase the improvements I am making on a daily basis working hard with Wayne (Batten) in the gym.

“It is quite something that three of us from our gym are getting on this show and it is a tribute to the hard work Wayne puts in with us young fighters.”

The third of the Southampton-based Batten’s trio on the card is the debut-making super welterweight Levi Frankham from Cranleigh, who is cousin to Joshua and new Queensberry recruit Charles Frankham.

“This is the most fantastic stage to begin my professional career,” said the 20-year-old former winner of two Junior ABA titles, a Three-Nations, an NABC title and National amateur champion. “I have had to wait for quite a while and be fairly patient, but it will be well worth the wait to get out under the lights on such a massive show.

“The only thing that could make it better would be if my family and friends could be there to see me and fans were allowed in, but that will be something else to look forward to.

“I have worked so hard preparing for this moment and I am determined to make the most of it and make a big impression on my promoter and those watching on TV.”

Completing the card is the debut of Muswell Hill super welterweight Jonathan Kumuteo, who will be trained by Ross Pearce has targeted five fights in his first 12 months as a professional

“I’m not too excited at the moment because I have been waiting for 12 months to make my debut as the pandemic caused a big delay,” said the former London ABA Champion.

“It is what it is, but once I go into the bubble, have my COVID test and jump on the scales to weigh-in I will know it is real.”

In 2016, Kumuteo was diagnosed with a rare skin condition that needed several operations and wearing dressings for two years.

He added: “I’ve been through a lot of at times, but it made me believe and prepared for this.” 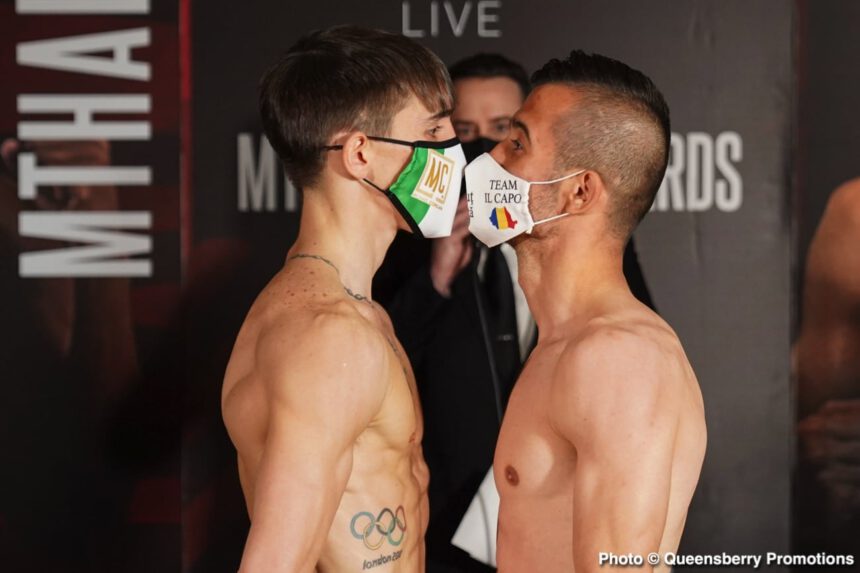 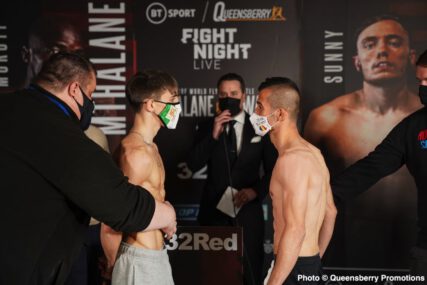 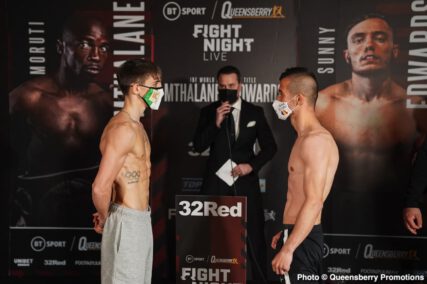 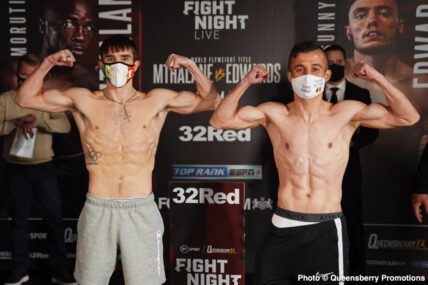 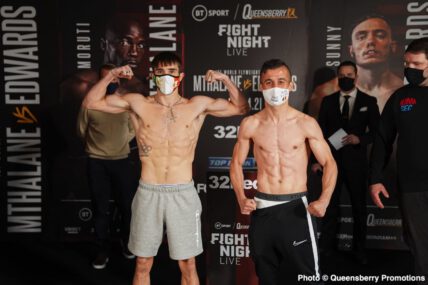 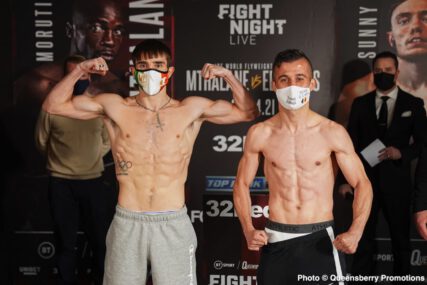 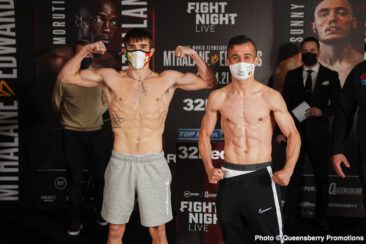 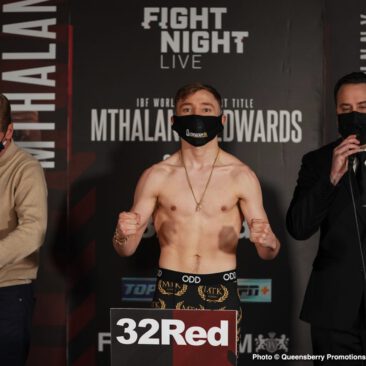 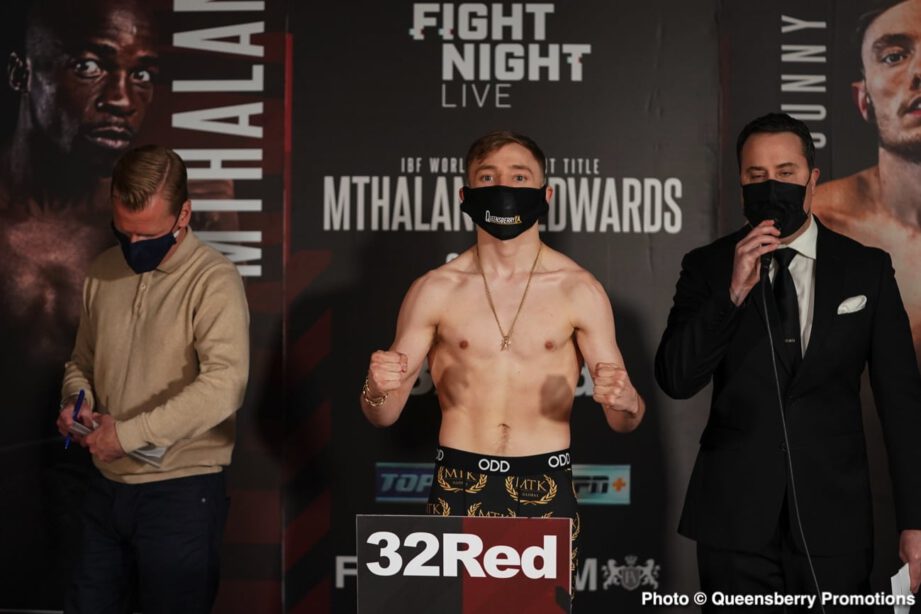 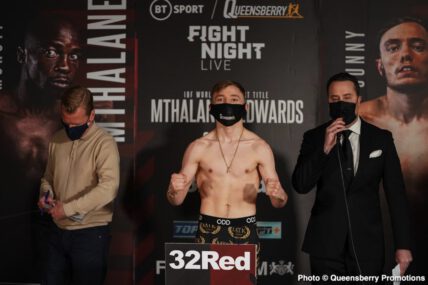 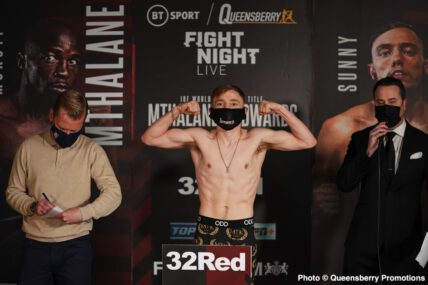 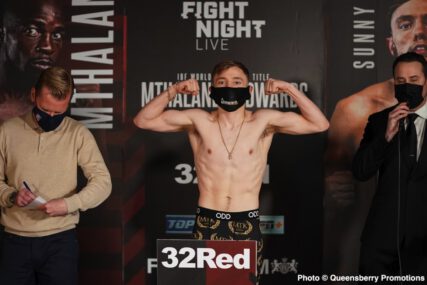 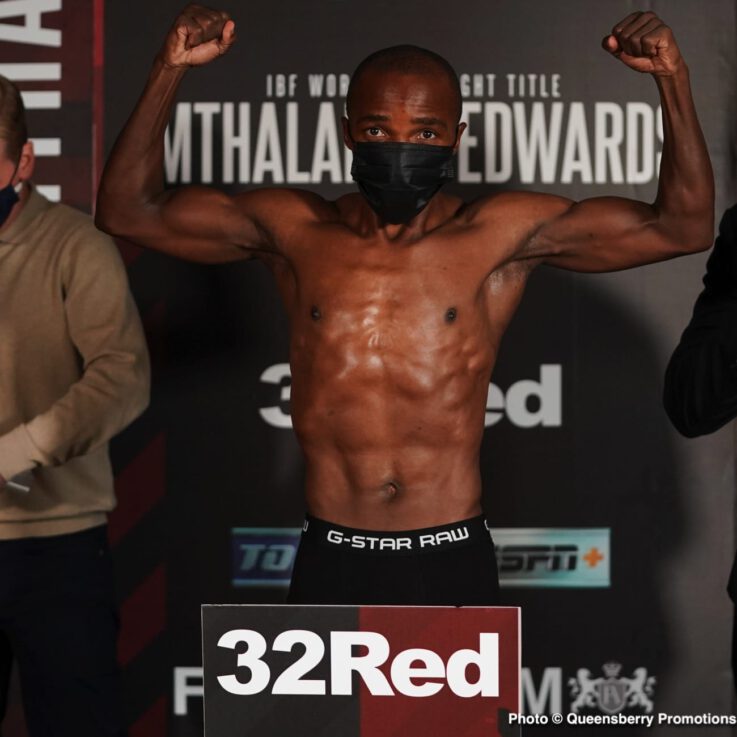 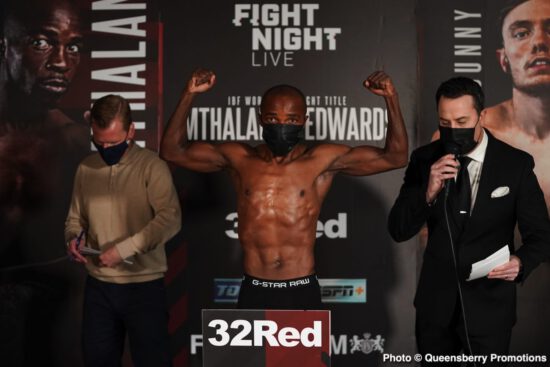 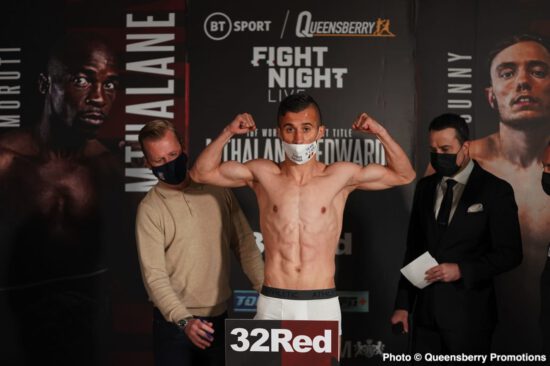 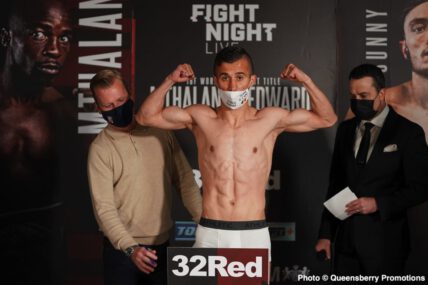 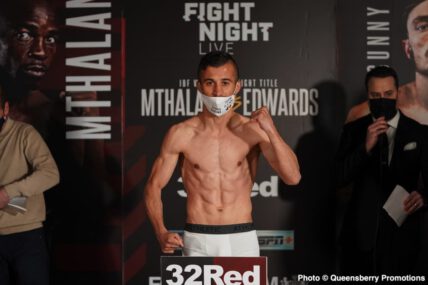 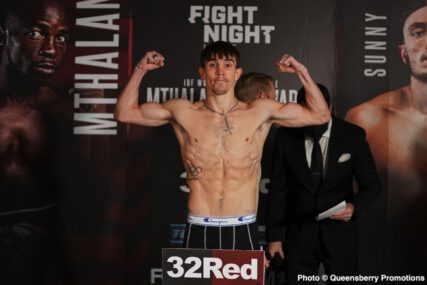 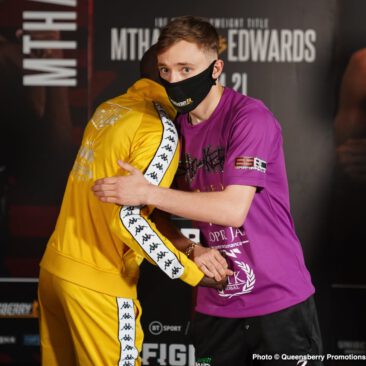 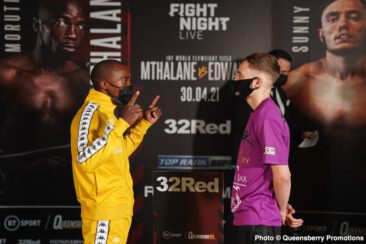 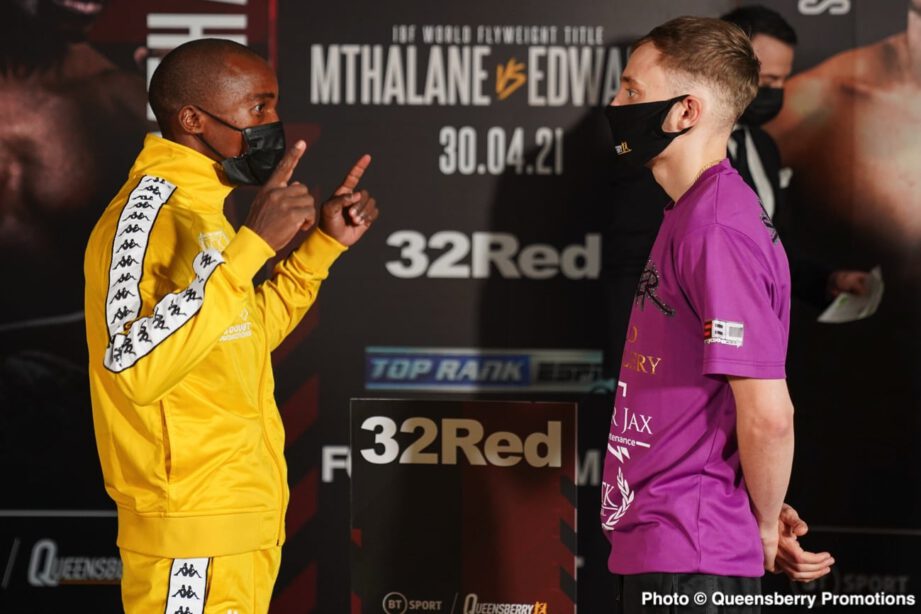 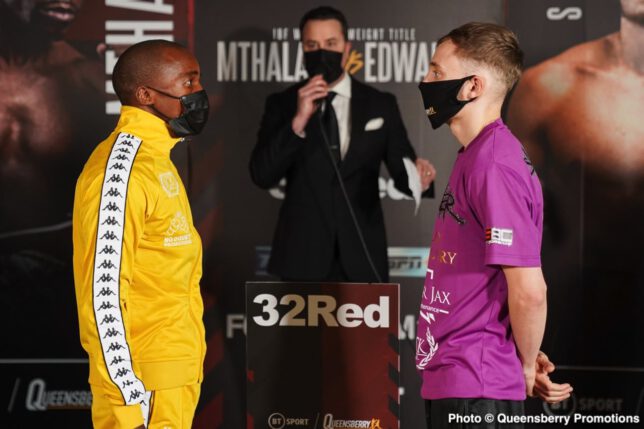 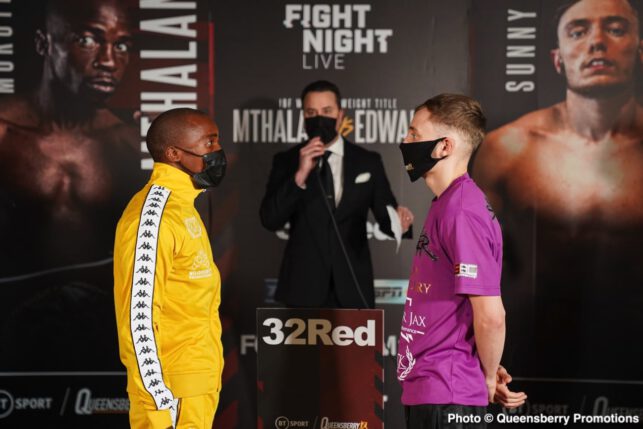