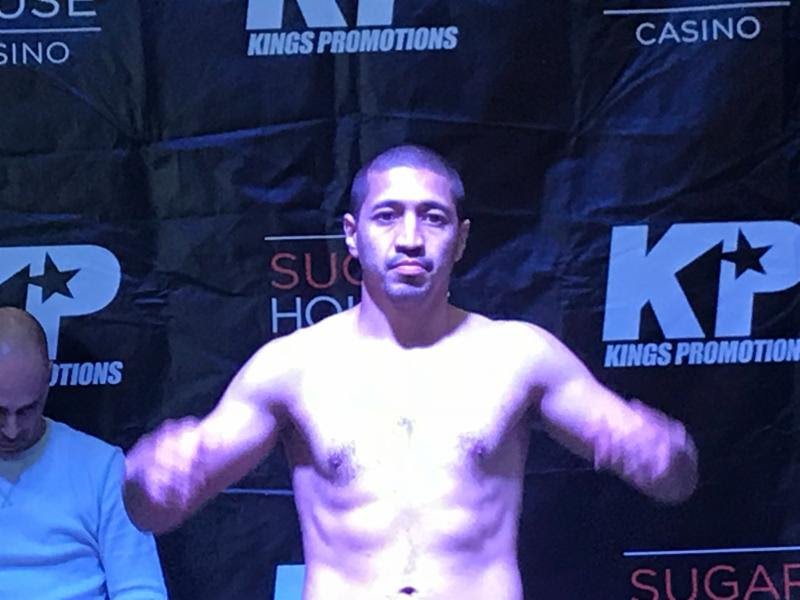 Three-Time Olympian Anvar Yunusov will take on Angel Luna in a eight-round featherweight bout that will headline a night of boxing on Saturday, June 22nd at The 2300 Arena in Philadelphia.

The show is promoted by King’s Promotions in association with Titans Boxing Promotions.

Yunosuv, who represented Tajikistan in the 2008, 2012 and 2016 Olympics, now resides in Philadelphia, and has record of 7-0 with three knockouts.

The 32 year-old Yunusov is coming off a eight-round unanimous decision over Carlos Colon (5-1) on March 29th in Philadelphia. Yunusov also has a 4th round stoppage over former-world title challenger Mike Oliver.

Luna of Yamasa, Dominican Republic has a record of 11-5-1 with six knockouts.

Luna, 29, is an eight-yea professional has a win over previously undefeated Jose Lopez (15-0-1). Luna was stopped in his bout by Jean Carlos Rivera on July 14, 2018 in New Orleans.

Santiago of of Philadelphia has a record of 17-0 with three knockouts. Santiago, now 22 years-old, turned professional at the age of 17 after receiving a special waiver to turn pro.

Santiago had an amateur record of 184-12 ,and won a staggering 59 tournaments.

Santiago is coming off a six-round unanimous decision over Jorge Luis Munguia on May 11, 2018 at The 2300 Arena.

Lopez Santa Fe, Argentina has a record of 12-14-4 with five knockouts.

The 36 year-old is an eight-year professional.

Lopez has a wins over previously undefeated Diego Baez (5-0). Lopez is coming off a decision loss to Frank De Alba on May 3rd in Bethlehem, PA.