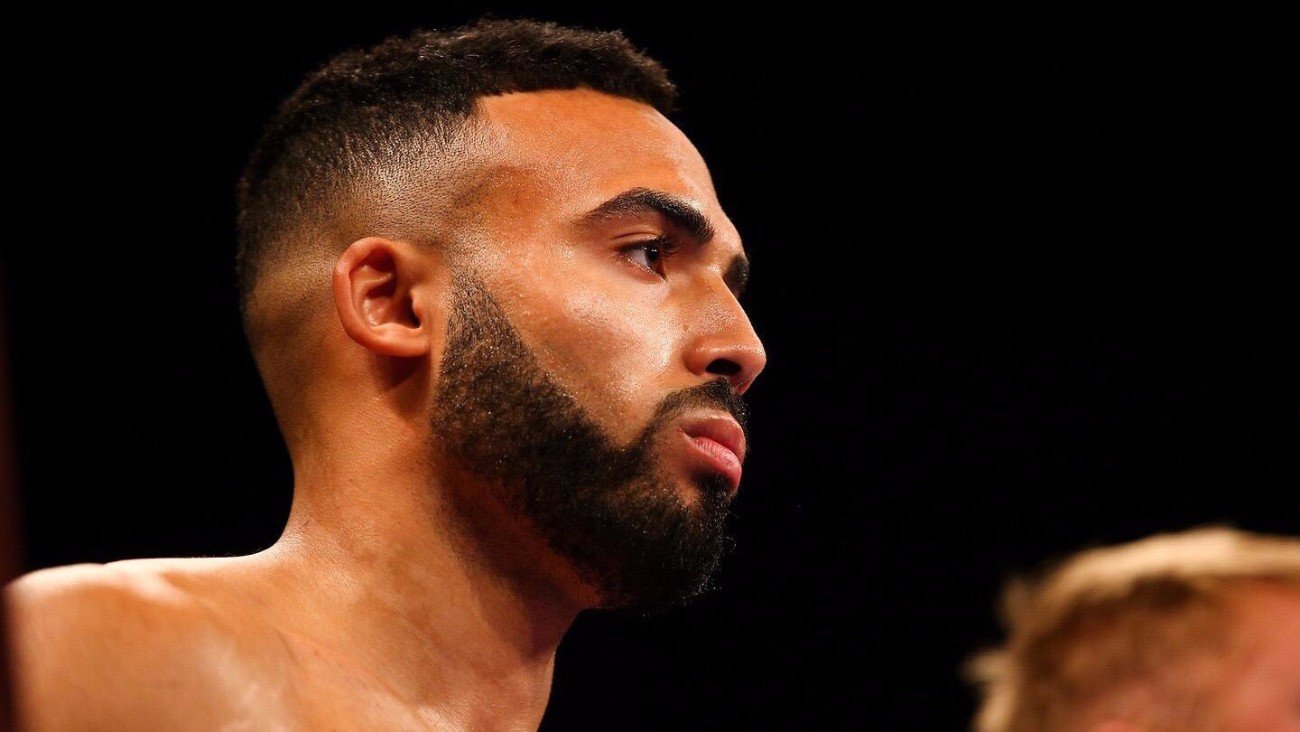 Anthony Tomlinson can take one step closer to fulfilling a promise to his son when he meets Stewart Burt in an Eliminator for the British and Commonwealth Welterweight titles at FlyDSA Arena in Sheffield on Saturday February 8, live on Sky Sports in the UK and DAZN in the US.

‘The Truth’ (11-0, 6 KOs) steps up to fight former Scottish Champion Burt on the undercard of Kell Brook’s ring return against Mark DeLuca in what is a big breakthrough opportunity for the Sheffield born man and his toughest career test to date.

Despite taking an unconventional route into the realms of professional boxing, 28-year-old Tomlinson has notched 11 straight victories since his 2017 debut points win in Doncaster, with his current knockout form seeing him climb the rankings and establish himself as a domestic force at 147lbs.

Having captured the Central Area title and the IBO Continental strap in his eighth and eleventh fights respectively, Tomlinson heads into February 8 on the back of four explosive KO wins, most recently dispatching of former Midlands Champ, Rob Hunt in the sixth of a scheduled ten.

“Anybody that I fight I know that I have the power to get them out of there and I know if I do land it will be an early night”, said Tomlinson. “This fight brings me one step closer to where I want to be so it’s about overcoming this challenge and showcasing to everybody around the world what I can do.

“My skillset and awkwardness will cause anyone in this division problems and I don’t believe that Stewart Burt has been in the ring with anyone like me. The power and presence I have in the ring will be new to him and I’m more than confident of getting the win on February 8.”

Fighting out of Doncaster under the tutelage of Stefy Bull, Tomlinson is driven by a promise he made to his young son since turning his life around and believes his ability will soon see him fight the best Welterweights in the country.

“My son was in the gym and he pointed to a photo and told me he wants that rainbow belt, so that is my motivation for him, to fulfil that promise to my son – I won’t stop until I win that belt”, he added. “I started boxing at 22 and had a troubled past, being involved with gangs and I was in and out of prison. When my son was born and I started boxing it changed my life and gave me that extra light.

“I originally got into boxing to start MMA but everything seemed to fall naturally to me in the ring. I have great people around me who have helped me to be where I am now.

“I don’t call people out but I believe that I am at the level to be fighting the best in Britain. I feel we are all at a similar level and they also need to fight people like me to prove that they’re the best. If them big domestic fights come along then I will be more than happy to take them.

“I have never been hungrier for a fight than this one because I know how close I am to fulfilling a promise to my son. I am so thankful for everyone who supports me and has bought tickets because they are making my dreams come true.”

Martin J Ward hopes that a standout performance against Mexico’s Jesus Amparan at the FlyDSA Arena in Sheffield this Saturday February 8, shown live on Sky Sports in the UK and DAZN in the US, will get the ball rolling for a shot at one of the 130lbs World Titles in 2020.

Former European Super-Featherweight Champion Ward (23-1-2, 11 KOs) is undefeated in four fights since suffering his sole career loss to IBF World Title challenger James Tennyson back in May 2018, claiming the WBC Silver International crown against Devis Boschiero in Italy and stopping Josue Bendana in his last fight.

The Tony Sims-trained fighter is desperate for a shot at World honours having earned his stripes by taking the ‘traditional’ route, winning the British, Commonwealth and European titles since turning over in 2012. ‘Wardy’ believes that a World Title shot is on the horizon and admits any slip ups in Sheffield would be disastrous for him.

“I’m 28 years of age and I truly believe this year I will get my shot at a World Title and win a World Title,” said Ward. “That’s what it’s all about, that’s my main goal since I’ve been in boxing from the age of 8. I really feel like I’m going to have a good year this year.

“I’m going to stay in the gym, stay dedicated, keep on working hard as I do all of the time and the rewards will come. After this fight I want my shot at a World Title. I want to get this fight out of the way and look good. Hopefully we can get a title shot pencilled in after.

“I’ve got one eye on the guys that have the titles but I’ve been in camp for Jesus Amparan and my full attention is on him. There will be no slip-ups, none at all. I’m concentrating on getting the job done on him and looking good doing it.”

Talk of World Titles will come to a shuddering halt if Ward fails to impress against Amparan, a hungry 23-year-old with 14 big knockouts from 16 career wins, but Ward insists that he’s done his homework on ‘Toro’ and won’t be underestimating him in the slightest.

“He’s a big puncher, I had a little watch of him. He’s a typical Mexican fighter, all off the left hand work, it’s going to make for a good exciting fight. I need these guys coming to win to bring out the best in me and it’s a good test.

“If the stoppage comes it comes, if it doesn’t it doesn’t. He carries power as his record suggests but my speed is going to be a big factor in this fight. I’m going to put on a dominant performance so I’ve got the right to call out these big names for my next fight.

Ward has picked out Argentina’s WBA title holder Rene Alverado as a potential opponent in 2020. ‘Gemelo’ broke down and stopped Andrew Cancio in seven rounds at the Fantasy Springs Casino Resort in November to earn the title.

“Andrew Cancio was beaten by Rene Alverado at the back end of last year. Alverado is with Golden Boy. That’s definitely a fight that could happen. Matchroom and Golden Boy are working together with DAZN so that’s definitely a fight that could happen this year. Hopefully I can look good in this next fight and put myself in line for a shot at one of these champions.”

Tomlinson vs. Burt is part of a huge night of action in Sheffield.

Kell Brook (38-2, 26 KOs) will be aiming to shake off the ring rust and fire his name back into the mix for a Word Title shot in 2020 when he meets the USA’s Mark DeLuca (24-1, 13 KOs), Kid Galahad (26-1, 15 KOs) takes on Claudio Marrero (24-3, 17 KOs) in a Final Eliminator for the IBF Featherweight crown, Terri Harper (9-0, 5 KOs) clashes with Finland’s Eva Wahlstrom (23-1-2, 3 KOs) in a unification for the WBC and IBO Super-Featherweight World Titles, Dave Allen (17-5-2, 14 KOs) makes his long-awaited return after eight months out of the ring, Brentwood Super-Featherweight Martin Joseph Ward (23-1-2, 11 KOs) returns, Sheffield Super-Featherweight prospect Donte Dixon (2-0, 1 KO) returns, Super-Middleweight John Docherty (7-0, 5 KO) continues his march towards a first title, Leeds Featherweight Hopey Price (2-0, 1 KO) looks to go 3-0 and Sheffield Light-Heavyweight Callum Beardow (1-0) fights for the second time as a pro.