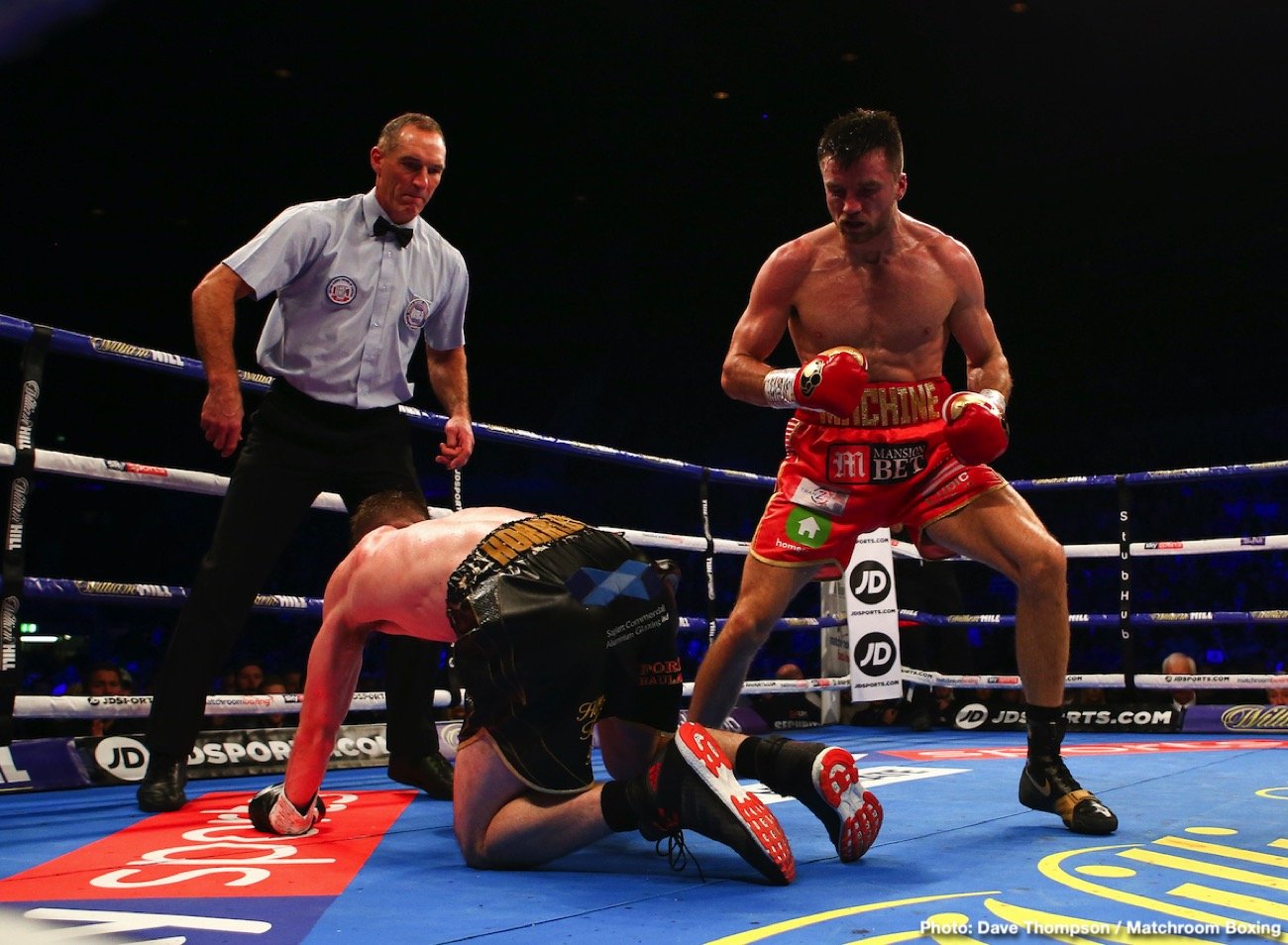 Anthony Fowler wants to fight Sergio Garcia next if he can get past the European Super-Welterweight Champion’s compatriot Jorge Fortea on Saturday February 20, live on Sky Sports in the UK and on DAZN in the US and more than 200 countries and territories.

Garcia is known on these shores for inflicting a first career defeat on Fowler’s domestic rival Ted Cheeseman at The O2 in London back in February 2019 in his only fight outside of Spain to date. ‘El Nino’ outworked and outclassed Cheeseman over 12 rounds to maintain his unbeaten record.

‘The Machine’ progressed to 13-1 (10 KOs) last time out with a punishing seventh round stoppage of the tough and game Adam Harper at Fight Camp, and the former Team GB standout says he is ready to push on towards British and European level as he approaches his 30th birthday in March.

“I’ve got to step up now,” said Fowler. “I’ve been pro for a few years. I’ve had 14 fights so it’s about time that I step up the levels. This lad is ranked in the world and he’s no mug. I’ve got to be ready for a long fight because he’s going to be hard to pin down and catch. I’ve got to keep my composure, stay calm and follow the game plan.

“He looks like a tricky lad. He went 12 rounds with a Russian called Bakhram Murtazaliev who I think is rated number one with the IBF. This is a good test to prepare me for the bigger fights that are coming my way later this year.

“When I beat Fortea I want to box a Sergio Garcia or Ted Cheeseman. That’s the level I want to be at this year. I want to be pushing on now and testing myself. Garcia would be a great fight for me and I could potentially box him after Fortea. Until I prove myself at British and European level I can’t start calling for the big names.

“I feel like I’m coming into my own this year. There’s no point messing around anymore. It’s time to push on now and see what level I’m at. I want to be a contender. I want to be British, European and World Champion. I’ve got to be fighting these kids and beating them well. It’s about time I tested myself.”

Anthony Fowler believes he is entering his prime years under trainer Shane McGuigan, and the former Team GB amateur standout wants to test himself against the biggest names in the 154lbs division to ‘see what he’s made of’.

‘The Machine’ progressed to 13-1 (10 KOs) last time out with a punishing seventh round stoppage of the tough and game Adam Harper at Fight Camp, but the 2014 Commonwealth Games gold medallist is confident he is well beyond domestic level and has already expressed his desire to face European Champion Sergio Garcia this year.

Next up for the recently-turned 30-year-old Liverpudlian is a defence of his WBA International Title against Spain’s Jorge Fortea this Saturday at The SSE Arena, Wembley, live on Sky Sports in the UK and on DAZN in the U.S. and more than 200 countries and territories, and Fowler is expecting a tough night’s work.

“I thought I did well in the Harper fight, I knew his style would play into my hands whereas Fortea is tricky and will give me a lot more to think about,” said Fowler. “This fight is a good indication of where I’m at. I feel good, I’ve had a short camp but I’m fit anyway so there won’t be excuses on the night, I’ll be ready to fight.

“Fortea is a really good fighter, he’s boxed on Canelo’s undercard and gone 12 rounds with the IBF No.1. He’s not the biggest puncher but he’s got good ring IQ and is very tough. I know he is going to make me work for the win. When I beat him I will be ranked in three of the four governing bodies.

“I’m looking to box someone like Sergio Garcia next and then I won’t be far off a World Title fight. You’re only one big win away from a big fight and when I beat Fortea I hope some doors will open. I’m open to boxing Scott Fitzgerald in the summer but I’m not going to wait around for him.

“I feel like I’ve fully adapted and I’m coming into my own under Shane now. I’m sparring 12 rounds easily and I feel a lot more at home in the ring. I’m coming into my prime now, I’ve just turned 30. I want to get in with the big boys and see what I’m made of. Shane is getting me to be more controlled and professional, if I can stop Fortea it will be a big statement.

“I want to climb the rankings and win belts, starting with a win on March 20. I won’t be surprised if Fortea gets through the rounds as he’s illusive but I want to break him down and hurt him, winning is the most important thing!”