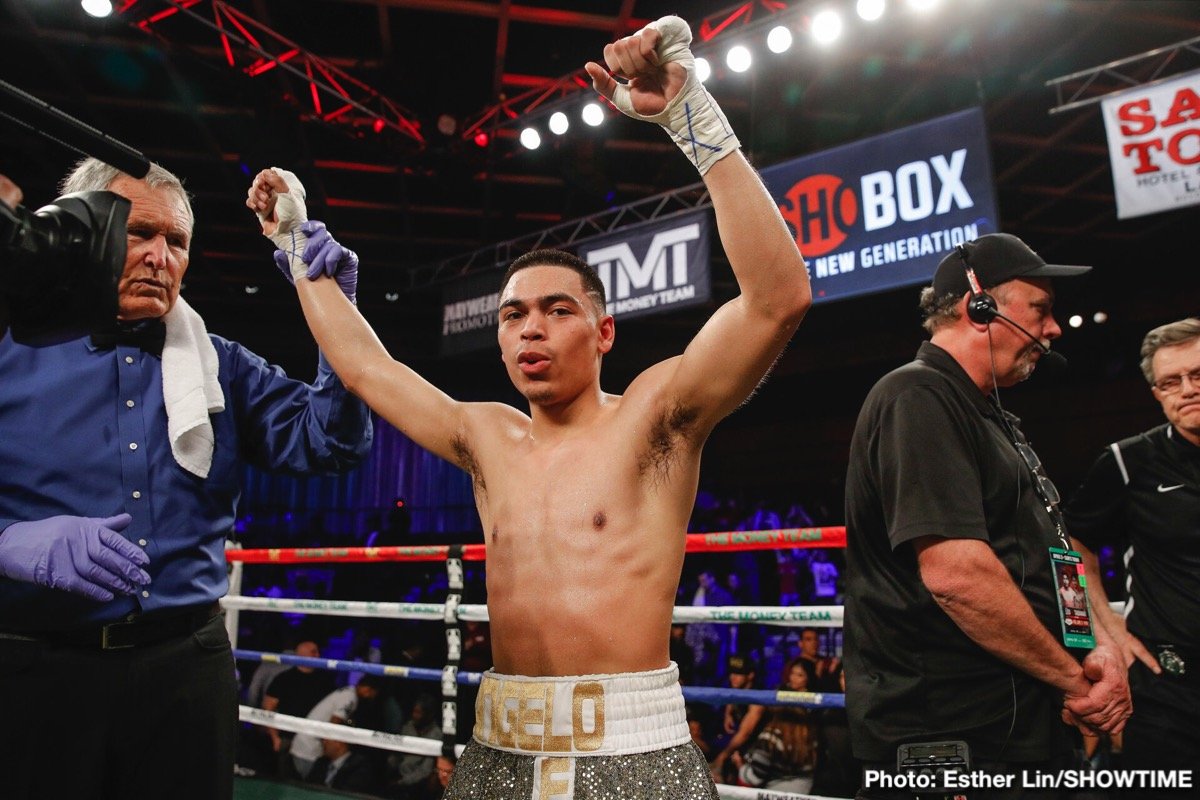 Williams replaces Stephen Fulton Jr., who tested positive for COVID-19 on the test provided by the Mohegan Tribe Department of Athletic Regulation and was removed from the 122-pound title bout versus Leo.

Undefeated Ra’eese Aleem will now face 122-pound contender Marcus Bates in the co-main event in a 12-round WBA Super Bantamweight Title Eliminator. Aleem had previously been scheduled to fight Williams before Williams moved into the main event to fight Leo.

The 26-year-old Leo (19-0, 9 KOs) fights out of the Mayweather Promotions stable and will look to become the first world champion from his hometown of Albuquerque, New Mexico since Johnny Tapia. He will now seek the title against another unbeaten opponent in the 27-year-old Williams (19-0, 6 KOs). Williams represents his native New Haven, Connecticut, and shot up the WBO rankings by defeating Yenifel Vicente in July 2019.

The 30-year-old Aleem (16-0, 10 KOs), who hails from Muskegon, Michigan, has continued his winning ways since beating Bates in 2018, adding five victories to his ledger. The 26-year-old Bates (11-1, 8 KOs) is currently ranked No. 7 by the WBA and hails from Washington, D.C. He will look to avenge his lone loss in this rematch against Aleem.

“Extensive protocols have been put in place to catch this very possibility and they’ve proven so far to be effective,” said Tom Brown, President of TGB Promotions. “We are supporting Stephen and his team as they self-quarantine off the property and we will help with any medical assistance if needed.

“Fortunately, Williams was ready to move into the spot in the main event, which remains a battle of unbeaten young super bantamweights. In addition, Marcus Bates was in excellent shape and answered the call to face Aleem in a title eliminator. He is an aggressive super bantamweight who will make the most of this opportunity. I expect him to be on everyone’s radar after Saturday night.”

Fulton and his team never entered the closed system set up at Mohegan Sun for this week’s event. Upon arrival to the property, they and all fighters were tested and quarantined until their individual test results came back. There are no other positive tests to report at this time.

Before arrival to Mohegan Sun, Team Fulton and all of this Saturday’s fight teams had been tested multiple times over a period of weeks leading up to the event. Team Fulton was tested six times prior to arrival, from June 25 through the most recent test he took on July 23 before traveling to Connecticut. All of those tests came back negative. Today’s result was the first positive test for Team Fulton.