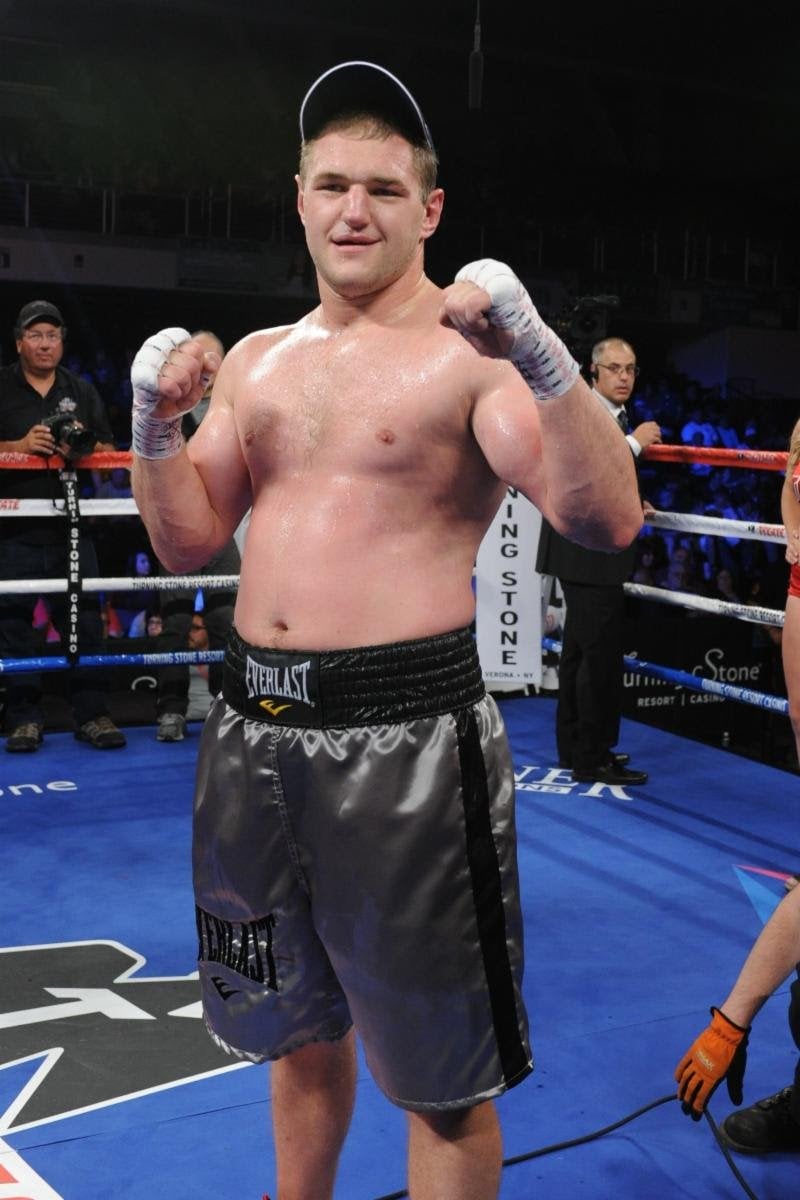 This Saturday, 2015 Boxcino Heavyweight champion, Andrey Fedosov (30-3, 25 KOs) will take on tough Joey Dawejko in a 10-round bout in Ekaterinburg, Russia.

This will be Fedosov’s 2nd bout in the past four months after he defeated Francisco Mireles in the 1st round on June 30th in Phoenix, Arizona.

“I have been hearing that Joey has been talking a lot on social media that he was going to knock me out, but on Saturday, he will find out that he is barking up the wrong tree,” said Fedosov.

The 32 year-old Fedosov will return to his home country of Russia for the 1st time in 10 years when he steps into the ring at the Ekaterinburg Expo.

“I am very excited to be once-again fighting in Russia. It has been a while. I have a lot of family and friends who will be there and have not seen me fight in person for a long time, so I know that I can not fail them.”

With a win over the tough Dawejko, who was a former world amateur champion himself, Fedosov will once-again establish himself as one of the top heavyweights in the world, and will look for the biggest names in the division.

“This is a good step up for Andrey in his comeback, This is a big deal for him to be fighting in Russia on Match TV. After this fight, there will be big opportunities for Andrey,” said Matthew Rowland, Vice-President of Banner Promotions, who along with Hitz Boxing, co-promotes Fedosov.

“We look forward to seeing Andrey fight on Saturday,” Said Bobny Hitz, President of Hitz Boxing. “He is in there with a good opponent in Dawejko, who is battle tested, so when Andrey wins on Saturday, it will serve notice to the rest of the heavyweight division that he is a contender for big fights.”

“It’s a great fight for Andrey. Dawejko believes that he will win the fight. Andrey can’t wait to meet him in the center of the ring. It will be a real exciting fight,” said Fedosov’s manager, Andrew Zak.

The fight will be aired live in Russia on Match TV.

Junior Welterweight Kenneth Sims, Jr. will be back in action this Saturday night when he takes on Andrew Rodgers in a six-round bout at The McBride Hall in Gary, Indiana.

Sims of nearby Chicago will be back in the ring for the first time since taking an eight-round split decision over previously undefeated Montana Love on July 20th in a bout that was nationally televised on ShoBox: The New Generation on SHOWTIME.

Sims (12-1-1, 4 KOs) has been working in Houston, Texas with some top-notch sparring partners, which will help him go forward in his career.

“My camp was great. It was a full camp with my strength and conditioning coach. I got great sparring with O’Shaquie Foster, Regis Prograis, and Taras Shelestyuk,” said Sims.

In Rodgers, Sims is taking on an unheralded opponent in what most a terming a “stay busy fight.”

“I really do not know much about him. I am taking this fight as it is close to home. I have been fighting in different places, so this is a good opportunity for my family and fans to see me fight.”

After being injured for the better part of the last year, Sims is looking to stay active at the end of the 2018 and into 2019.

“I hope to have another fight before the end of the year. It doesn’t matter if it another fight like this or something more significant. It all depends on the situation.”