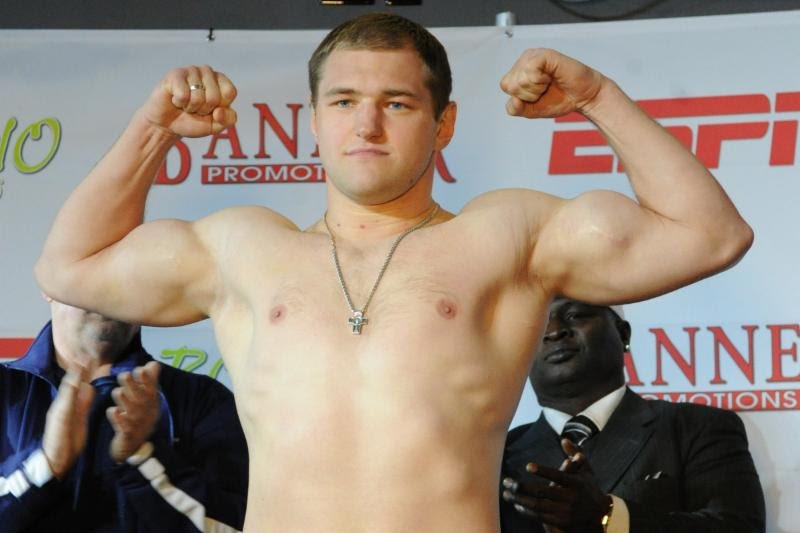 The 2015 Boxcino Heavyweight champion shook off a two-year hiatus with wins over Francisco Mireles and tough veteran Joey Dawejko in 2018.

With those two bouts behind him, Fedosov is ready for big game hunting in 2019, and is looking to fight the division’s best fighters and top contenders.

At the head of that list, Fedosov and his team, would like to mix it up with undefeated Adam Kownacki.

Kownacki, who rose to prominence with three big wins in 2018 over the likes of former world champion Charles Martin and world title challenger Gerald Washington, would be a terrific foe for Fedosov.

The fight would surely produce fireworks, as each has never taken a backwards step.

“That is a fight we would love to get for Andrey. Kownacki is a fighter that has some momentum behind him, but we feel Andrey’s experience would be a factor in the fight. It also, would get Andrey on a short list to fight for the Heavyweight Championship of the World,” said Fedosov’s co-promoter Artie Pelullo of Banner Promotions.

“I think that would be an explosive fight, and I look forward to seeing them in the ring,” said Fedosov’s manager, Andrew Zak of Journeyman Management.

Fedosov is co-promoted by Banner Promotions and Hitz Boxing.

After a 10-round unanimous decision over tough Joey Dawejko in Ekaterinburg, Russia, 2015 Boxcino Heavyweight champion Andrey Fedosov is back on track in his effort to fight for the heavyweight championship of the world.

Fedosov, who made his first start in his home country in over 10 years, defeated the former world amateur champion by shutout scores of 100-90 on two scorecards, and 98-92 on a the third card.

Fedosov registered his 2nd win in less than four months.

With the win, the 32 year-old Fedosov improved to 31-3 with 25 knockouts, and now will will look for marquee bouts against the best in the division.

“I am very excited about the future,” said Fedosov. “I have a brand new team with Journeyman Management with Andrew Zak and Alex Vaysfeld. We are looking to go to the top. I am already back in the gym training for the next fight, and I am willing to fight anyone.”

“We are very proud of Andrey for his win on Saturday. We are looking towards the future with big fights,” said Manager, Andrew Zak.

Andrade tells Golovkin and Charlo to step up

“Andrey is definitely one of the best heavyweights in the world, and to beat a tough competitor like Dawejko shows that he is now ready to take on the elite of the heavyweight division. I will sit down with my partner Bobby Hitz and Andrey’s manager, Andrew Zak, and seek out the best and biggest fights for him,” said Arthur Pelullo , President of Banner Promotions.

“It was a great win against a very capable and durable heavyweight. If you are not on top of your game, Dawejko can beat anyone out there. We look forward to bigger opportunities for Andrey,” said Bobby Hitz of Hitz Boxing.