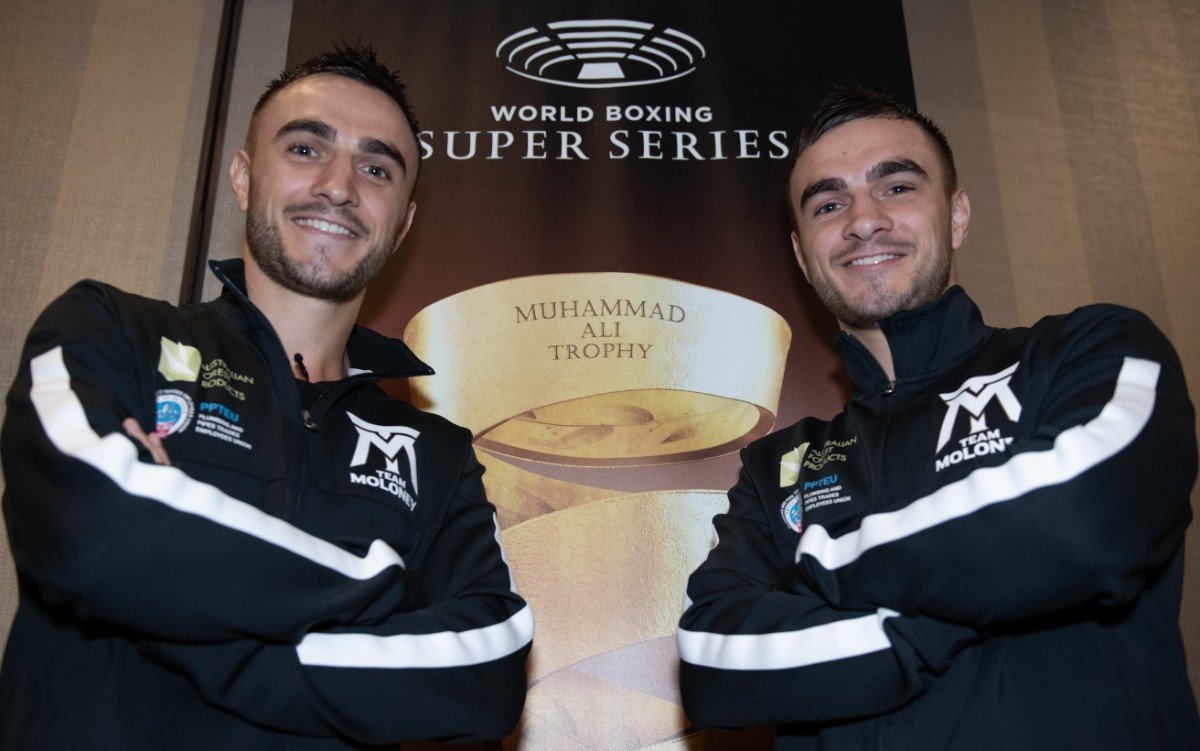 Andrew Moloney is raring to go on June 15 at Tweets Head’s, Seagulls Stadium as he squares off against tough Mexican Ruben Montoya, who last shared a ring with one of the legends of the lighter weights, Brian Viloria alongside former world champions Pedro Guevara and Paul Butler.

Moloney is coming off one of the best knockouts of 2019, as he demolished the highly rated Chilean Miguez Gonzalez on Gonzalez’ home turf in San Francisco de Mostazal in March of this year in a fight that was a WBA world title eliminator.

Moloney opened up about his latest challenge in Montoya and discussed the reaction to the news of him and brother Jason linking up with world boxing powerhouses Top Rank.

The Australian said, “I am absolutely delighted to be staying active in a division where fighters can have a long amount of time in between fights, I have been lucky that my manager Tony Tolj has kept myself and my brother Andrew very active this year and I couldn’t be more grateful.

“Montoya is a tough kid and he has mixed it with the great Brian Viloria, but I am aiming to better what Viloria, Butler and Guevara did against Montoya and prove that I am the best Super Flyweight in the world at the moment. I have to put on a show on June 15 in order to progress to the eventual goal of becoming a world champion.”

News has emerged that both Andrew and Jason Moloney have linked up with Bob Arum’s legendary Top Rank outfit and the June 15 event at the Seagulls Stadium may be the last time the pair share a bill in Australia. Moloney discussed the realities of fighting all over the world and opened up about signing with Top Rank.

‘The Monster’ said, “I am over the moon to link up with Top Rank and thank you to my manager Tony and the people at Top Rank for having belief in myself that I can get to the very top and be a world champion this year. That is the realistic goal and I believe that Top Rank is the promotional outfit that will make that become a reality.

“This could well be the last time I box in Australia for a long time so I need to go out in style and I am very confident I will put on a show alongside Jason that people will remember for a long time. The future is bright but the present is just as bright.”

Andrew and Jason Moloney in action on June 15

The Australian Sensations Andrew and Jason Moloney return to the ring on June 15 on the latest installment of the Boxing Mania series at Seagulls Stadium, Kingscliff Australia.

In what some are seeing as an unprecedented move, the brothers are appearing on the same show, in a similar setup to that of the Klitschko’s in the early stages of their careers, despite knowing that either brother could draw a massive crowd on his own. Promoter Tony Tolj of Dragon Fire Boxing opened up about the decision to place both Moloney brothers on the same card on June 15.

Tolj said, “This could be one of the last times you see Andrew and Jason boxing in Australia. We all have our eyes set on taking over the world, with Andrew looking to clash with Kal Yafai and Jason eyeing Libero Solis for versions of the WBA world titles at Super Flyweight and Bantamweight.

“We understand that these fights could be on the horizon, and the chances of the brothers boxing in the USA or Europe are very high, so we want to give back to the Australian public by letting the boys fight in front of their home crowd prior to these eventualities occurring.”

With huge clashes on the horizon for both Andrew and Jason Moloney, the pair individually assessed their outing on June 15 and what lies ahead for themselves going forward.

Andrew stated, “I’m delighted to be boxing on June 15 at Boxing Mania 6 in front of my friends, family and supporters. I really want to put on an exciting display and show why I am going to be a world champion in the distant future and show everyone who’s watching why I’m the best Super Flyweight in the world. I want to give the people who have followed mine and Jason’s whole careers excitement whether it is at home or abroad, and that will be the case on June 15.”

Brother Jason Moloney also opened up about his appearance at Seagulls Stadium, “It’s great to be boxing at a venue that I have achieved so much at already but it is special to share a bill with Andrew. This may be the last time this happens and I know the pair of us are going to give top draw performances and give those watching value for money whilst also showing why we’re world champions in waiting.”