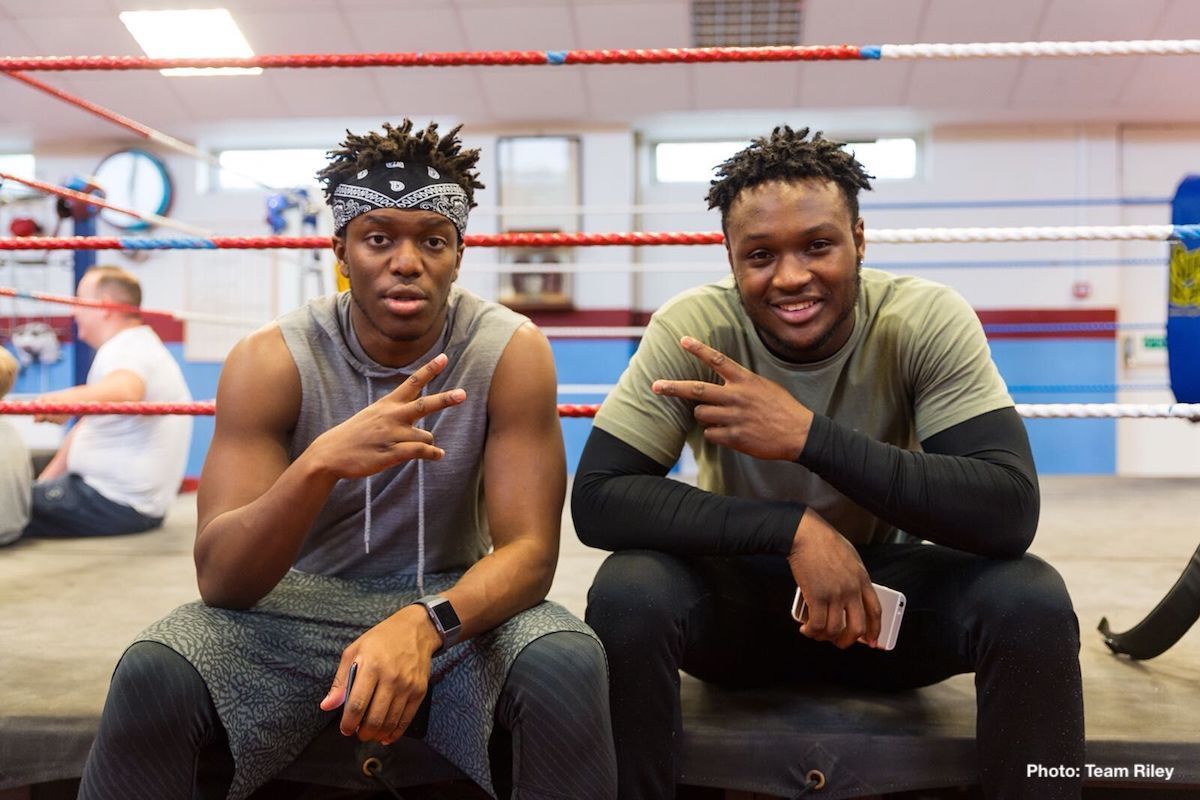 “The Biggest YouTube Event in Internet History”, headlined by the showdown between YouTube stars KSI and Logan Paul, may actually end up producing one potential world champion.

KSI’s head coach and UK amateur boxing standout Viddal Riley will turn pro as a cruiserweight after a 49-fight amateur career that included numerous regional titles and a silver medal at the Junior European Championships. Riley will move to the professional ranks with Jeff Mayweather as his trainer and be managed by Amer Abdallah, who most notably works with two-division world champion Badou Jack.

“I am looking forward to taking advantage of this great opportunity to turn pro and start this journey under the tutelage of Jeff Mayweather,” said Riley. “Having Amer Abdallah on-board fills me with confidence that we can take over the cruiserweight division and make history.”

Riley recently visited Las Vegas along with KSI back in March where he met Mayweather at the Mayweather Boxing Club. While his primary focus was preparing his fighter for his highly-anticipated fight against Logan Paul, Riley took advantage of the opportunity by sparring with several local cruiserweights, including unbeaten contender Andrew “The Beast” Tabiti.

“Sparring Viddal was like looking in the mirror,” said Tabiti. “He’s very smart and I was impressed with his speed and power. I’m very interested to see him grow as a pro fighter.”

Mayweather was immediately impressed by the skillset he saw from Riley, “I think he has the potential to become world champion in a very short time frame. He has extremely fast hands and explosive power, but his continued thirst for knowledge impressed me the most.”

“Viddal has the potential to make a long-lasting impact on this sport,” Said Abdallah. “He possesses both the skills to make significant noise in boxing along with the social media reach to connect with millions. It’s a promoter’s dream.”