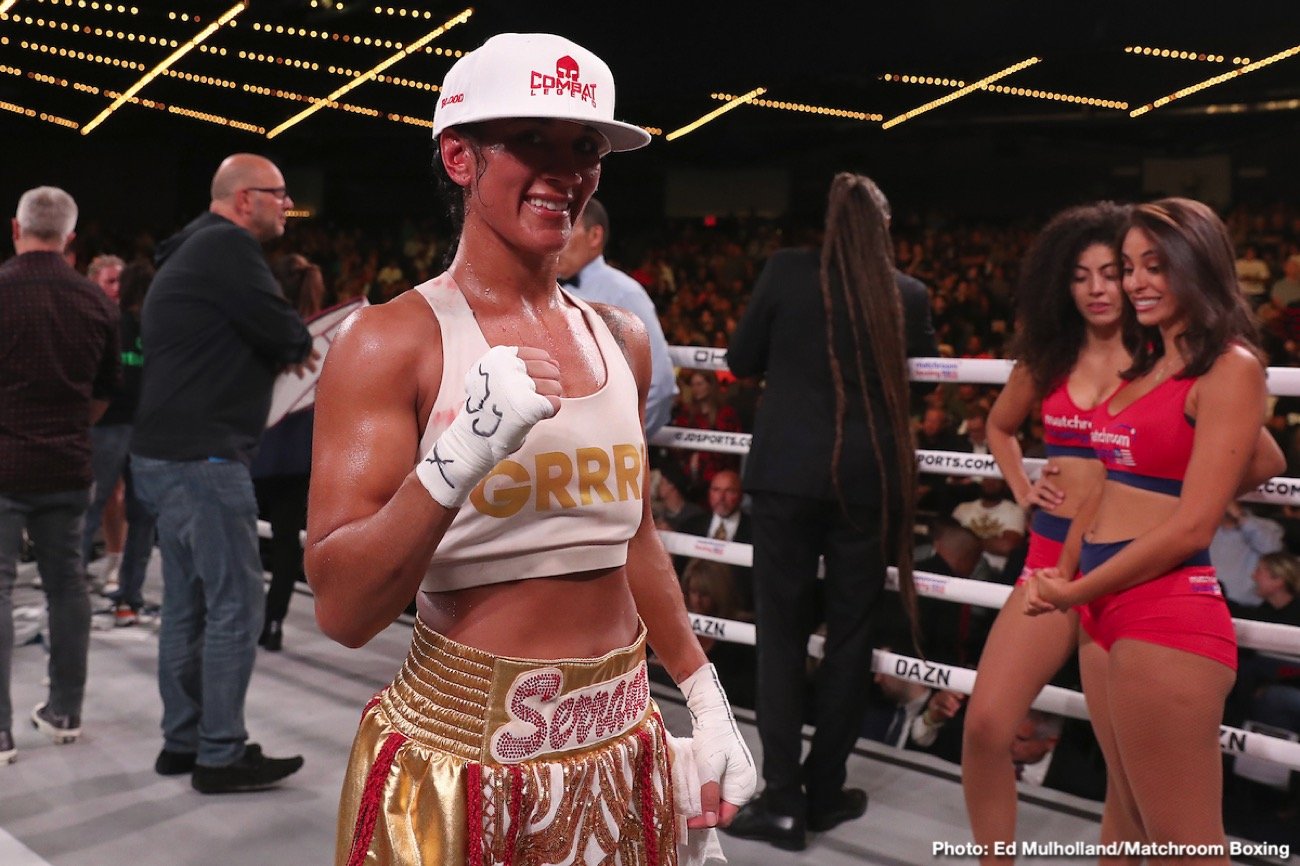 It will be the seven-division champion’s first fight since January, despite several high-profile bouts being knocked out by Covid-19.

Serrano has twice been scheduled to fight Katie Taylor, in a contest that is widely considered the biggest fight in women’s boxing.

The bout was announced in late March, just before the Covid-19 pandemic shut down New York City, and kicked off a spate of event cancellations. 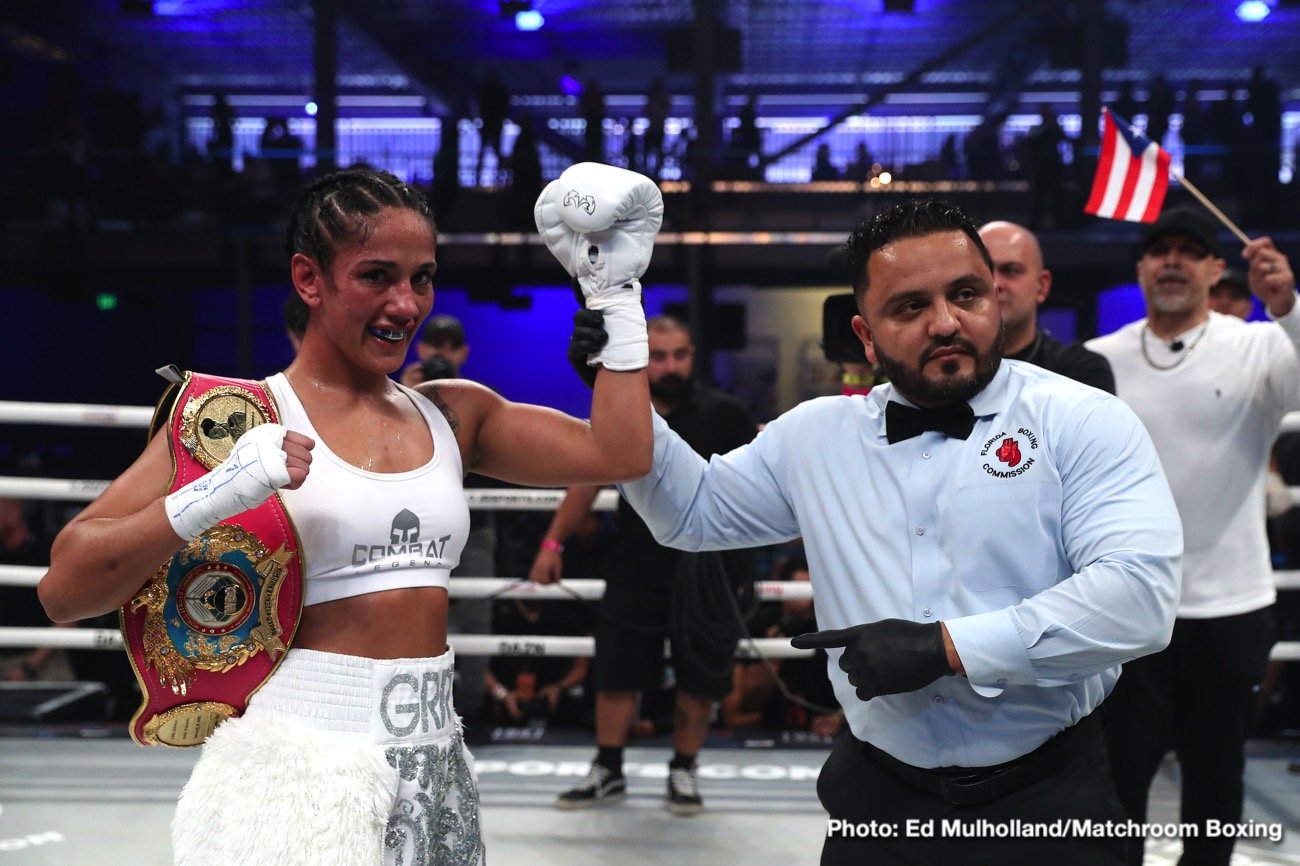 Unable to go to the gym due to Covid restrictions in New York City, and unwilling to travel and fight, without proper sparring, literally in her opponent’s promoter’s backyard, with no neutral officials, during a pandemic, Serrano and her team decided to move on from the Taylor bout.

A unique and exciting opportunity then seemed to present itself – a historic, all-women event, set to take place in December on a new major platform, that would have seen Serrano unify her WBO featherweight title with Sarah Mahfoud’s IBF featherweight title. That event was canceled largely due to the rise of Covid-19 cases.

“We had to get Amanda in the ring,” said Lou DiBella, President of DiBella Entertainment (DBE). “I then happily made a deal with the new Ring City series to feature her on their December 17 card, which already included Jelena Mrdjenovich.”

“We got word that the airport closest to Guichapani in Santa Cruz, Argentina, was closed due to Covid,” said DiBella. “To get to the States, she would have to fly out of Buenos Aires, which is a two-and-a-half-day drive for her. We couldn’t make it work, but Amanda needed to fight.”

DiBella then secured a rematch with Dahiana Santana, the only opponent available on short notice. Serrano had stopped Santana at Barclays Center, in their first hard-fought fight, with a TKO in the eighth round. 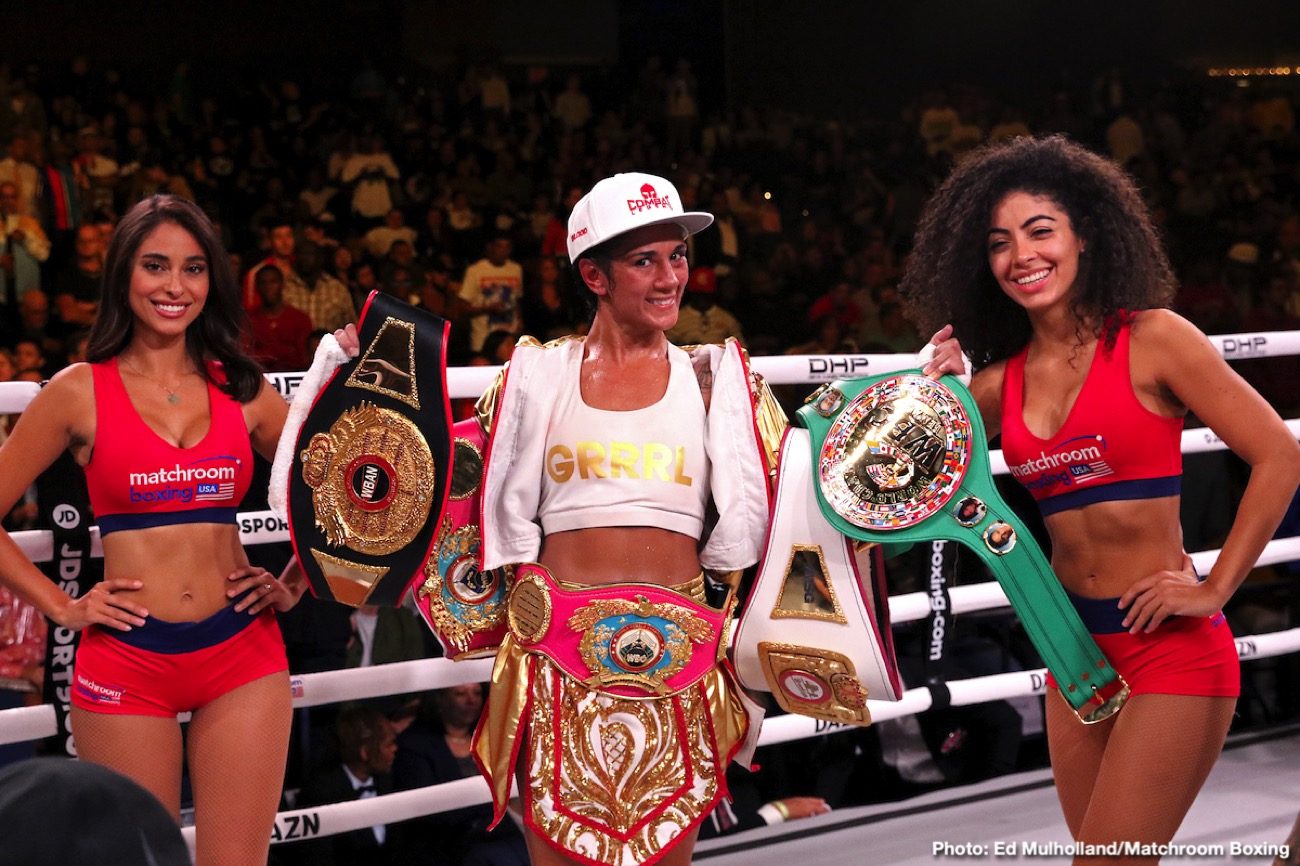 To benefit Dahiana and make the rematch a bit more interesting, the fight was moved to the Dominican Republic, Santana’s backyard, on a card promoted by Shuan Boxing Promotions.

“I have the best promoter, the best team, that has been trying to put me on multiple cards in December,” said Serrano. “I did my medicals; I have continued training. I’m doing my part and am looking forward to getting back in that ring and fighting again.

“I definitely want to unify with the IBF champion Sarah Mahfoud, as well as the WBC and WBA belts with Jelena Mrdjenovich,” Serrano continued. “Hopefully, that will happen in 2021.” 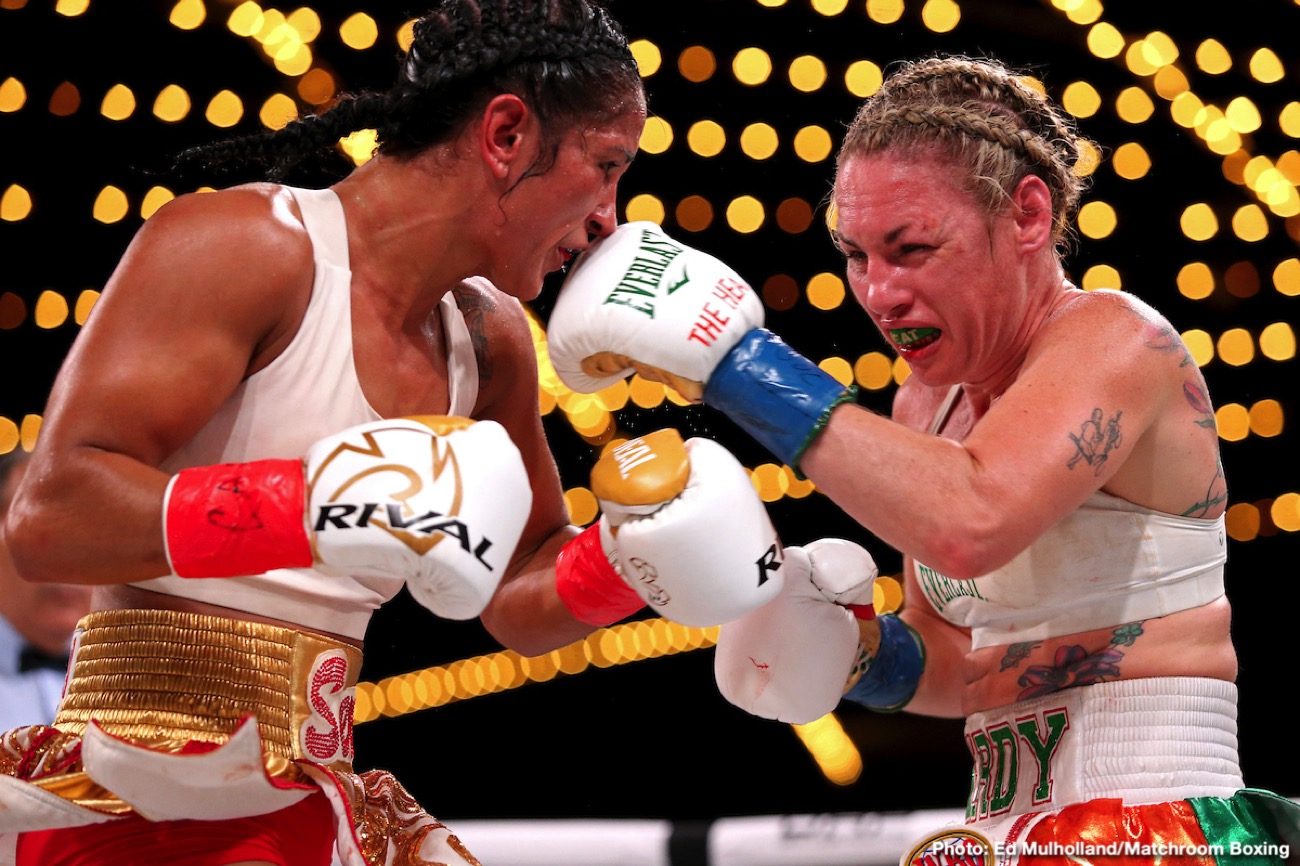 “What a long, strange trip 2020 has been,” said DiBella. “Amanda and her manager, Jordan Maldonado, have been so patient and cooperative, and it’s been frustrating to face so many roadblocks this year.

Amanda is one of the top pound-for-pound fighters in the world. We’ll get through this fight and focus on 2021. Amanda desires to unify the featherweight division.

That’s what we are aiming to do. Amanda’s on a collision course with Jelena Mrdjenovich and Sarah Mahfoud.” 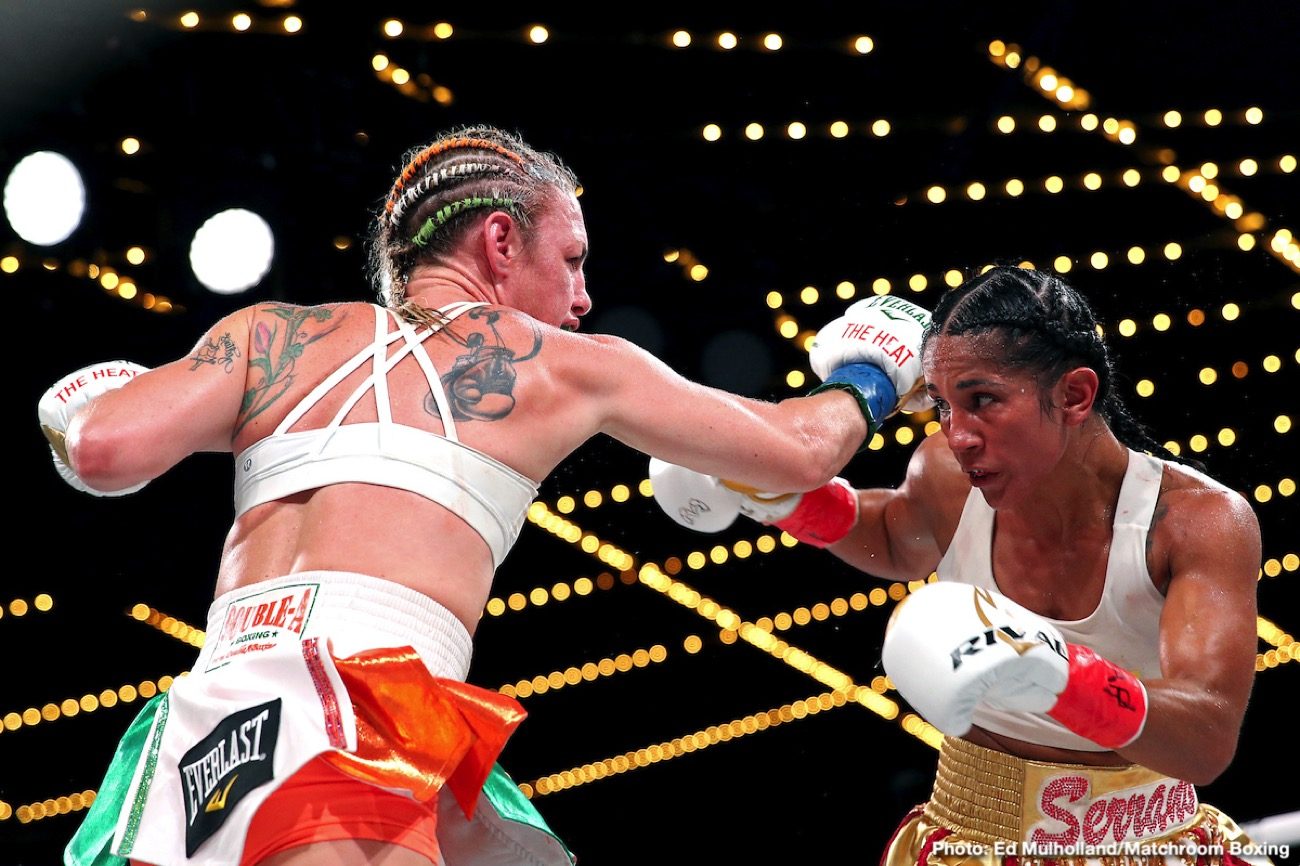 Puerto Rico’s WBO minimumweight world champion Wilfredo Mendez will defend his title for the third time against Venezuelan Alexis Diaz in a 12-round contest.