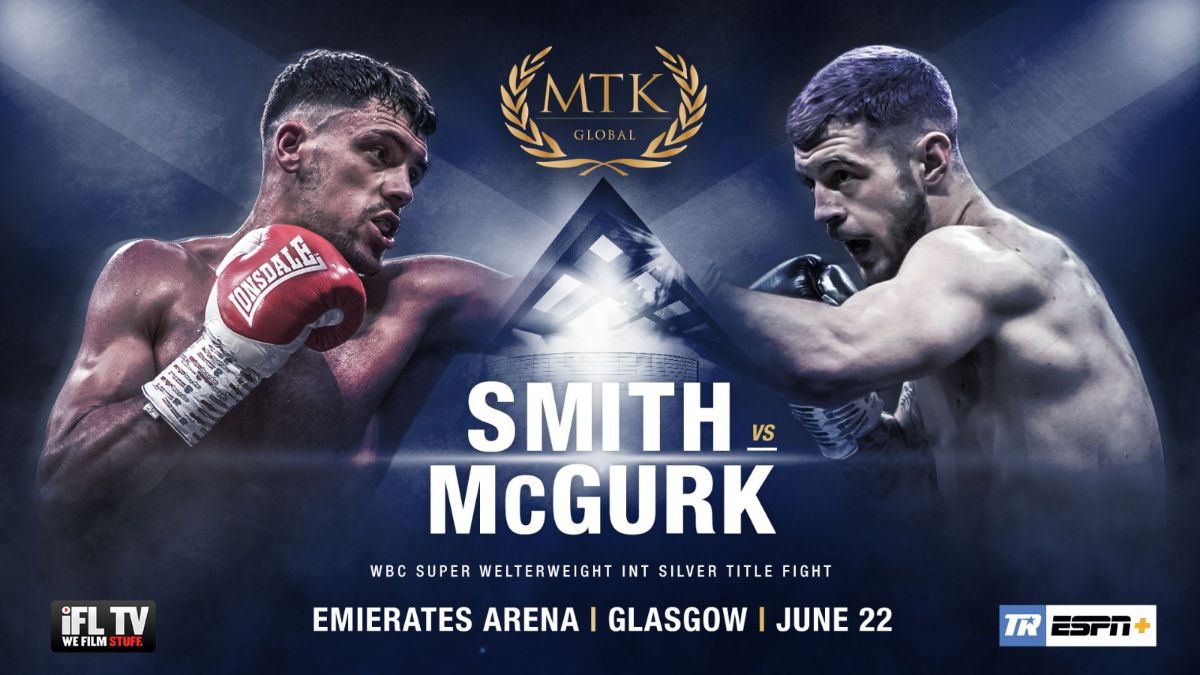 Lee McGregor will defend his Commonwealth bantamweight title against fellow Scot Scott Allan in Glasgow on June 22 – live on ESPN+.

Edinburgh’s hugely talented McGregor (5-0, 5 KOs) will headline a sensational bill at Emirates Arena when he collides with Shotts’ Allan (9-3-1) and is eager to seize his opportunity on a huge stage.

McGregor said: “There’s nothing better than fighting in your home country in front of all the Scottish fans. It’s really dreams coming true type of stuff.

“All of us Scottish fighters want to see each other do well and bring big nights back to Scotland and this is just the start.

“I can’t wait to get back in the ring. It’s been a long time out but I’ve been training behind the scenes and I’m still learning new things every day so I just can’t wait.

“I know Allan is a strong game opponent. I have never sparred him because apparently I was ‘too scared’!

“All I can say is that it’s going to be a very interesting fight and I’ll do my talking in the ring on the night.”

McGregor vs. Allan stars on a massive bill alongside another all-Scottish title clash that sees Kieran Smith put his WBC International Silver super-welterweight title on the line against another unbeaten fighter in Michael McGurk.

Two-time Commonwealth Games bronze medallist McFadden (3-0. 1 KO) is part of tomorrow’s huge event at the Emirates Arena live on ESPN+ in association with Top Rank and also live on iFL TV, and he’s determined to steal the show.

He said: “My opponent has got a winning record and is coming to win and that’s what I want. The better opponent I have, the more you’ll see the proper version of me, and there’s going to be fireworks on Saturday.

“It’s great to have this fight so soon after my last one because I want to be fighting on a regular basis. It’s obviously what I’m used to from the amateurs, and it good to keep the momentum going.

“I had a few days of rest after my last fight in May, but then I was straight back in the gym working hard. It’s brilliant to have another fight in Glasgow as it’s always a good atmosphere and I’ll be bringing some noisy fans with me.”