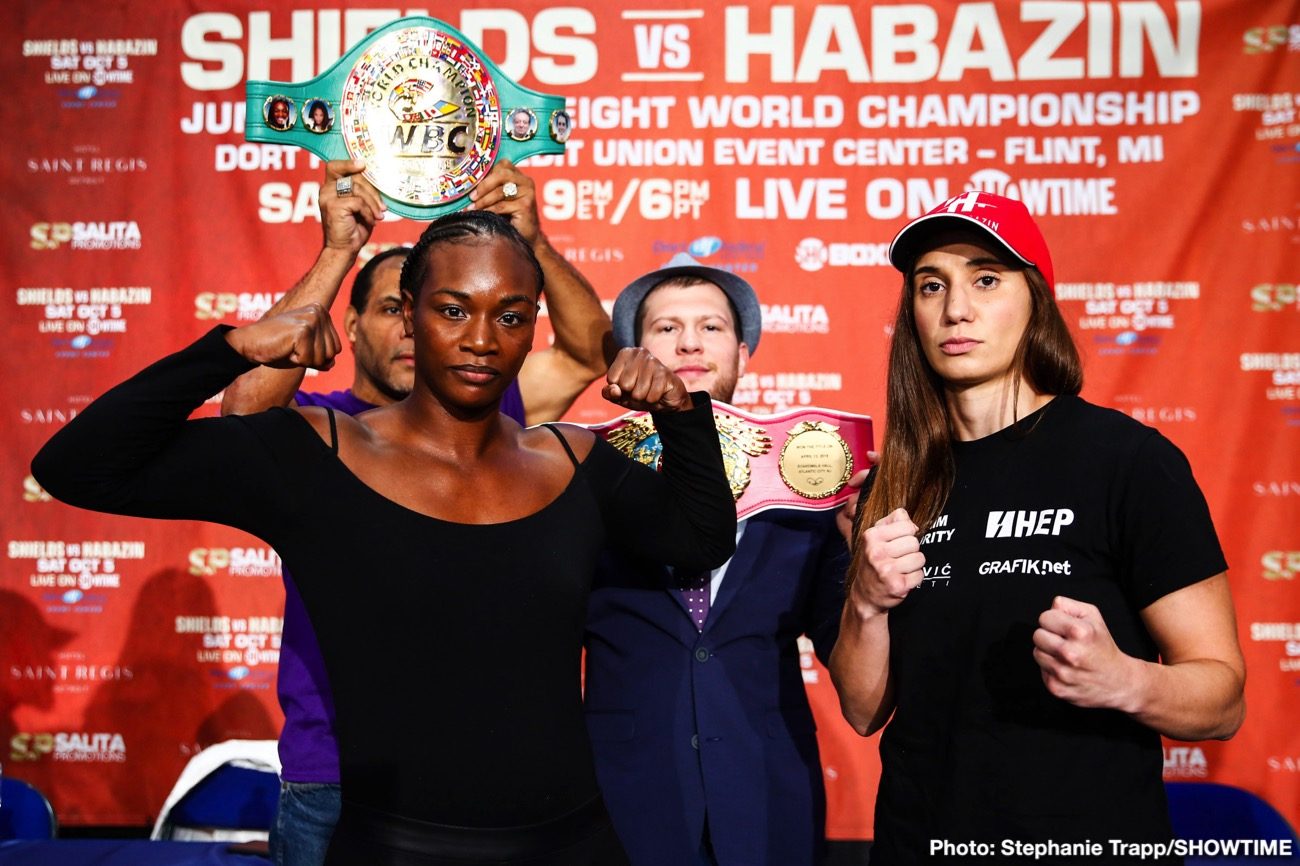 A second women’s superfight has been added to the blockbuster Claressa Shields vs. Ivana Habazin event on Friday, January 10, at Ocean Casino Resort in Atlantic City, N.J., as WBA Super Middleweight Champion Alicia “The Empress” Napoleon-Espinosa will face undefeated IBF Champion Elin Cederroos in a 10-round unification live on SHOWTIME.

If Shields and Napoleon win their respective bouts on January 10, they are expected to face off for the undisputed middleweight world championship in 2020 with all four of Shields’ 160-pound titles on the line.

Napoleon became IBF Super Middleweight Champion with a 10-round unanimous decision over former world champion Femke Hermans in March 2018. The 33-year-old successfully defended her belt with another 10-round decision, this time over Scotland’s Hannah Rankin in August 2018. Napoleon was last seen making the second successful defense of her title by stopping Philadelphia’s Schemelle Baldwin in four impressive rounds in August 2019.

“I’m really excited to be unifying with IBF World Champion Elin Cederroos on SHOWTIME,” said Napoleon. “I’m extremely grateful to my promoter Lou DiBella, manager Brian Cohen, coaches Leon Taylor and Delen Parsley and my husband Roberto Espinosa for being the key ingredients to making this dream come true. I have an amazing team of men that stand strong by my side believing in me, preparing me and working hard to open doors for me to thrive. I’m blessed and prepared to win and put on a memorable performance for all the world to see that night. I’m in tremendous spirits and excited and ready for the night to come. Thank you to everyone, my team, family and fans, for making this opportunity materialize into a dream come true.”

The 34-year-old Cederroos claimed her IBF championship in just her sixth fight with a majority decision over Hermans in March of 2019. Fighting as the underdog in her opponent’s backyard, Cederroos was still able to impress the judges enough to pull off the impressive feat. In her last bout, Cederroos defeated Kenya’s Florence Muthoni in a non-title fight in November 2019 by dominant third-round KO.

“Alicia Napoleon is a great champion and she will be my toughest test, but I am ready,” said Cederroos. “It is an honor for me to make my U.S. debut on such a prestigious card and to do so in a world title unification battle. Alicia and I will put on a great show.”

“January 10 just got even more exciting with the addition of the matchup between two champions in the super middleweight division,” said Dmitriy Salita. “Those attending the fight at Ocean Casino Resort and everyone watching it live on SHOWTIME will see the best fighting the best in this very competitive ‘pick-em’ fight. A great start to boxing in 2020.”

“Alicia Napoleon-Espinosa is a world champion who has the whole package. She’s athletic, fierce, physically strong and charismatic,” said Lou DiBella, President of DiBella Entertainment. “On January 10, she gets her biggest opportunity to shine against Elin Cederroos, another world champion. This is the biggest stage to date for both Alicia and Elin and I expect them to bring everything they have. One of them will leave the ring as a unified world champion and an elite rival for Claressa Shields. Alicia is confident that her hand will be raised.”