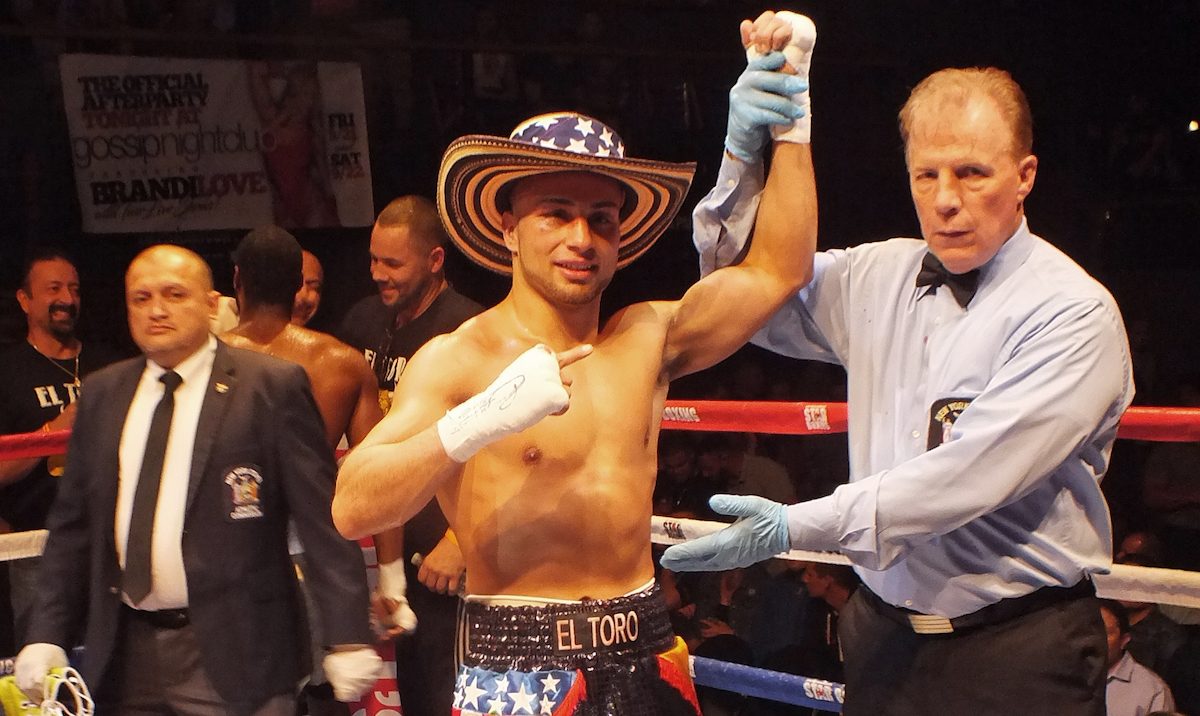 While Long Island has had its share of dreams and boxing prospects, Bellport has its latest. While many new boxers talk about the major transition from the amateurs to the pro ranks, a large contingent of the newcomers often make a point of all the sacrifices they have to make, but Bellport, Long Islands Alex “El Toro” Vargas sees it in a different light.

Just like the mainstream of the sports participants, absent a top echelon Mayweather / Andre Ward styled contract the 23-year-old fighting social worker, doesn’t see it that way. Diving in head first and taking it well beyond just keeping fit, training correctly and living healthily, it’s only after weeks of eight-hour days at the office, the added pressure of selling tickets, self-promotion, travelling to and from training and missing out on time with friends and family as large as an endeavor it is breaking into the paid ranks, already meeting his early challenge of the longer and additional rounds, still adjusting to pro-styled scoring Vargas not seeing it as a “sacrifice” but as a privilege gets to do what he truly loves, Fight!

Taking that first giant step winning his pro-debut with a crowd pleasing four round shut out unanimous decision on Joe DeGuardia’s Star Boxing “Rockin Fights 32” card September 21st, just six weeks later Alex taking a second incremental step towards his dream returned to the Paramount, November 30th and showing the character of a seasoned veteran got up from an early push / punch trip to the canvas immediately jumping up and back into his fight re-taking control recording his second pro win an authoritative four round points win over Rochester, New York former amateur standout Jarrill “Birdman” Haadi.

READ:
Trio of top prospects in action on Jan.17 on ShoBox this Friday

The very focused still green, 2-0 Bellport, welterweight driven by an almost life-long dream willfully dealing with all the chores involved, turning what most would see as obstacles into an enjoyable challenge, just as he did college opens 2019 this Friday, February 22nd when he faces Silver Spring, Maryland eight bout veteran Benjamin Borteye on Star Boxing’s “Rockin Fight’s 34” card at the Paramount in Huntington.

When asked to call for a result or make a prediction for his upcoming bout the very confident but sheepishly modest prospect declared “while it would be nice to get a stoppage, a win is a win. Now it’s all about gaining experience in a positive way, learning on the job and taking it back to the and build. As far as Friday night’s fight, I see it as the next step in a steep flight of stairs and each one becoming a momentary measure of my quest and dream of fighting for my ultimate goal winning a world title.

Turned on to boxing by his father Mike Vargas at age six, “El Toro” trained by Havoc’s Andre Rozier along with his pops is managed by Long Island-based fight promoter Nick Garone. As the pre-fight most of the preparation comes to a close the confident Cortland University graduate insists he won’t be fazed Friday night when he takes on the far more experienced Borteye in just his third professional fight.