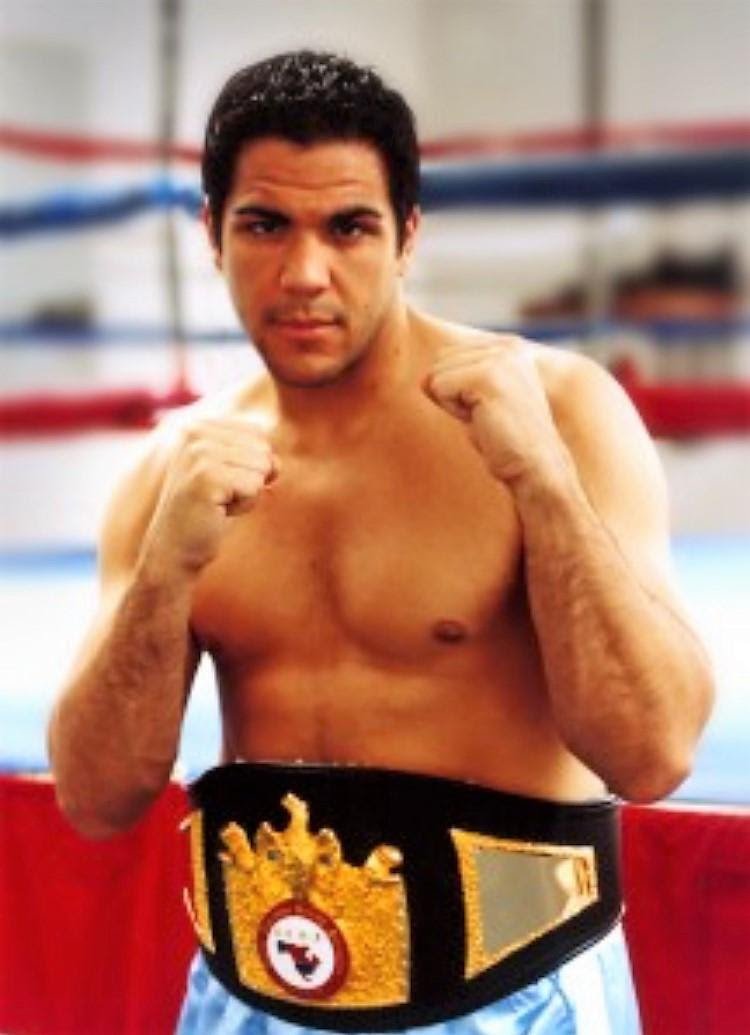 Former world cruiserweight champion Al “Ice” Cole and undefeated, No.; 1 heavyweight contender “Baby” Joe Mesi are both extremely honored and grateful to be inducted, along with 21 others in the Class of 2018, into the New York State Boxing Hall of Fame (NYSBHOF).

The seventh annual NYSBHOF induction dinner will be held Sunday afternoon (12:30-5:30 p.m. ET), April 29, once again at Russo’s On The Bay in Howard Beach, New York.

Cole (35-16-3, 16 KOs), who is from Rockland County, fought professional between 1989 and 2011, won his first 15 and 27 of his initial 28 pro fights. He captured the International Boxing Federation (IBF) Cruiserweight World Championship in 1992, when he won a 12-round unanimous decision over James Warring (14-1). Cole made four successful world title defenses before moving up to heavyweight.

“I knew I’d get in one day and I’m honored to be inducted into the New York State Boxing Hall of Fame, especially with this class because I know a few other fighters going in like Lou Del Valle and Terrance Alli.” Cole said. “I was known as a crowd-pleasing, exciting fighter, and people who watched me always knew I’d be in a good fight with good exchanges. I did fight in the shadows of (Mike) Tyson and Roy (Jones. Jr.).

“I fought in the Army with Ray Mercer, stung Evander Holyfield in sparring. My best fight, though, hurt me the most. I was so sharp against a fighter from Kronk Gym, Vincent Boulware, in my third world title defense that year (1993). Boulware had won six of his last seven fights with four knockouts and I was just becoming a decent name, If I beat him, I was supposed to fight Tommy Hearns or Iran Barkley, who were both moving up to cruiserweight. I had the best fight of my career, but I couldn’t get any of the other world cruiserweight champs to fight me. I only had four fights in the next three years. I moved up to heavyweight because the same guys who I beat when they were my mandatory challenger (Uriah Grant & Nate Miller) worked their way back into the mandatory position.”

Cole grew up in Atlantic City, where he fought 18 times, and he got to know a casino owner, Donald Trump. “We hung out,” Cole remembered. “Trump invited me to some of his private parties. I never thought he’d be president!”.

Mesi (36-0, 29 KOs) was so popular in Buffalo, he was considered the upstate New York city’s third sports franchise (Bills and Sabres). A top American amateur, “Baby Joe” fought professionally between 1997 and 2007, racking up 36 victories without a defeat, yet he never to a world title shot due to a medical issue. Ranked as high at No. 1 by the World Boxing Council (WBC) Mesi was suspended by the Nevada Commission, after he defeated former world champion Vassily Jirov by way of a 10-round unanimous decision, due to a head injury (brain bleeds).

Mesi was virtually blacklisted in boxing, losing two full years in the ring, while he pursued legal action to get re-licensed, which he eventually was but only by a few commissions. Joe fought seven times after being re-licensed, but he was unfortunately limited in terms of where he could fight, and he never regained the lofty status he had once held. In addition to Jirov, Mesi defeated notables such as Monte Barrett, DeVarryl Williamson and Jorge Luis Gonzalez.

“This is a great time for me,” Mesi commented about his upcoming induction. “I’m humbled and honored to be going into the same Hall of Fame with the great names that are already there. I’m soaking it all in right now.

“I’ve been somewhat removed from boxing, but just the business end. I’m still a big boxing fan and follow the sport. Today, I’m married with three kids and sell medical devices for a living. Boxing is still my passion, my love, and since I got the call (that he’s going in the NYSBHOF), I’ve been thinking about all the memories. I’d like to do some more TV announcing in boxing and, maybe someday, get into promoting. I’m really looking forward to the New York State Boxing Hall of Fame induction ceremony.”

READ:
Ryan Rozicki, Carolyn Redmond & "Roc" Wilcox back in action on May 2 in Hamilton

Each attending inductee (or direct descendant of) will receive a custom-designed belt signifying his or her induction into the NYSBHOF.

All boxers needed to be inactive for at least three years to be eligible for NYSBHOF induction, and all inductees must have resided in New York State for a significant portion of their boxing careers or during the prime of their respective career.