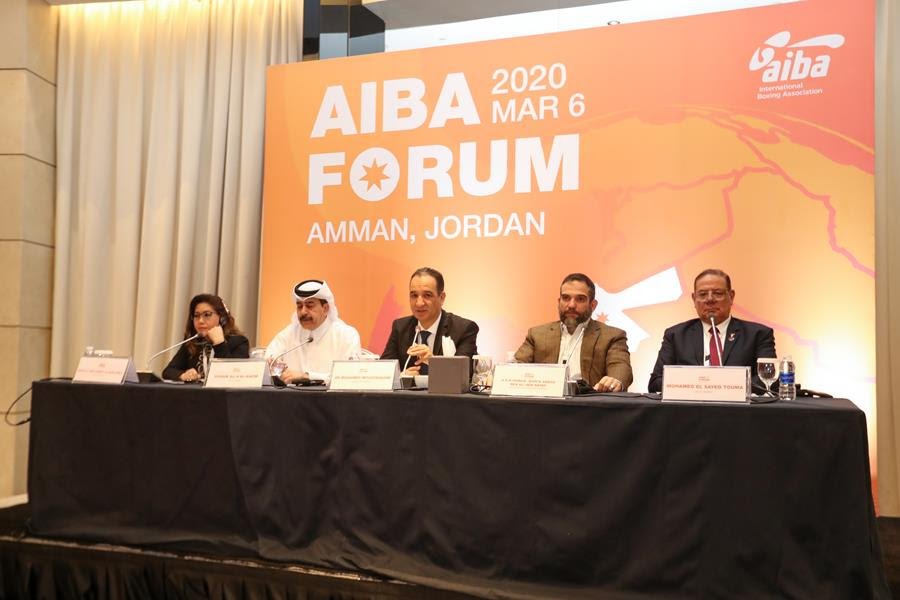 More than 30 Asian countries participated at the AIBA Forum in Amman, Jordan on March, 6th.

“I am happy to see such a huge number of National Federations. We all know the situation with the outbreak of coronavirus. But a lot of you came to Amman and accepted the invitation. We all here are giving our best to our beloved sport,” greeted delegates AIBA Interim President Dr. Mohamed Moustahsane. He thanked Jordan Boxing Association for hospitality and their help in the organization of the event.

The Asian Forum succeed after two editions in Panama for America and on Fiji for Oceania. As usual, the fundamental goals were to encourage good internal communication between AIBA and its member federation, to show reforms, and to hear questions, suggestions, and actual issues of the continent.

“In the history of sports, any of International Federations had never faced the situation like we are. It is unique. And I must admit, at first, we were lost. We came to become candidates for leadership of AIBA, but we were not expecting to have such issues. We were concentrated on sports, not politics. And now we have to do our best to keep AIBA in the Olympic movement. Now we understand that only we, AIBA Family, have the responsibility and power to save AIBA”, claimed Interim President.

He mentioned that AIBA is doing a “great job”, but “nobody knows” because of a lack of internal and external communication, to which AIBA is going to pay more attention.

AIBA Interim President also noted that the new Constitution should become an example of good governance.

“The new Statutes will be one of the best, one of the most modern. We have taken examples from International Federations statutes and spoken to specialists and lawyers to make sure there are no mistakes. We need to have a transparent and simple Constitution. Everyone will see clear,” stated Dr. Moustahsane.

The key to success for AIBA was to creating new commissions and put their right people together. The Reform Commission focused on Statutes amendments first; at the same time, the Marketing Commission aimed to stabilize the financial situation and create a business plan. Both went effective, despite the fact, AIBA Executive Committee was urged to postpone the Congress until June 20th due to the coronavirus outbreak; AIBA sent the final Constitution draft to National Federations and signed the first sponsorship agreement.

Joint work of the Commissions is also very fruitful. Both are into the new competition schedule for international tournaments worldwide. Also, they make proposals about the new unified structure for competitions.

AIBA is planning to launch a mixed competition format with both men and women boxers.

“We could have team events with male and female boxers. It helps to increase the number of women boxers and given the importance of gender equality,” Dr. Moustahsane said.

In his closing remarks, he added that at the end of the year, he hopes “to make sure AIBA is reinstated and boxing Family will see a better future.”

“I believe we need these Forums every year to evaluate what we’ve done and what should be corrected, to establish new projects and set goals for the next period,” added he.

Also, it was stated that new education programs in AIBA are to be held on local languages to engage more people in boxing in the local level. AIBA website to be translated to all five official languages.